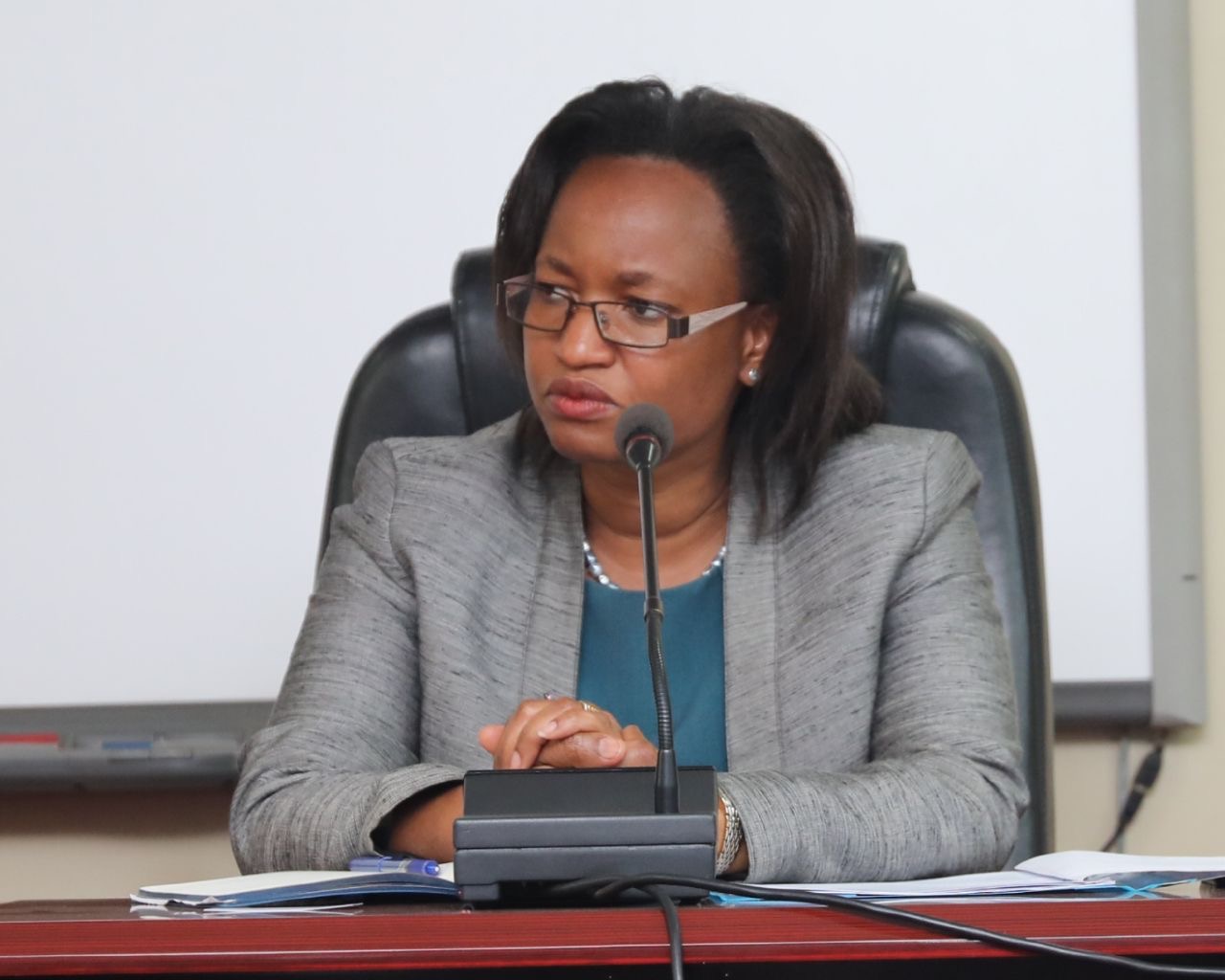 In the past few weeks, Nema has been at the center of focus following demolitions of illegal structures in  Nairobi. Things have suddenly gone silent with many questioning the whereabouts of famous SANY excavator. From what Kenya Insights gathers, the Nema staff are generally demoralized following withholding of their salaries and currently staging a countrywide go slow.

Key issues that we’re gathering include; Inefficiency in operational and structural management in Nema,
Lack of adequate resources for healthy work environment, Ministry refusing to release Nema approved budget, Field offices inadequacy and vulnerability, Lack of support from other lead agencies and the Demoralized and lack of morale in Nema staff.

Nema staff have been having delays of salaries, July yet to be paid. Last quarterly allocation to county offices not dispersed. Parliament allocated Sh400m additional budget which the Ministry never sent to Nema.

No office operation has been sent since March only Sh100,000 this was to pay and budget for all field operations reasons Former Ps Sunkuli was reshuffled. Many of field vehicles have brocken down.

All departments in the Ministry were given money for operations and salary except Nema yet to be allocated for the quarter. Current rumour is that there is no money for Nema seems it has been eaten up again. Low staff morale and Go slow at the Counties.

There are fears that cronies at the Ministry are out to frustrate Nema operations. When Eia fee was scrapped off that was the beginning of the downfall. With no revenue Nema is entirely dependant on Ministry and Treasury. Treasury releases and staff within Ministry do not want to release money unless a kickback is guaranteed. No Nema inspections or compliance is currently happening with understaffed no of employees and no resources little can be achieved.

Under Emca Act Nema is very powerful its an institution created by the law. But with teeth it cant bite little happens. You can see how the plastic menace is still present. How can you use a police officer the whole day making arrests and dont facilitate them. Data register of people taken to Court is just filled but at the ground nothing happens completely.

Kenya Insights gathers that current impasse Is because of PS Mochache and Tobiko cartel. End of Financial year last quarter Sh400m was given to Nema supplementary budget it disappeared. Vehicles used to get Sh60k per year for maintenance it has never been sent since 2016.

Migori Bomet Siaya are some of the Counties with no vehicles at the moment. There are only 2 officers per county supposed to do all the work. County director and environmental officer plus driver you can see how it becomes difficult in monitoring and ensuring compliance. This is also a reason why a lot is going on unnoticed or overlooked because of corruption. 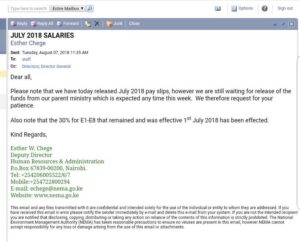 Notice to staff that salaries had been released but withheld by ministry.

Word within Nema corridors is that the Ministry is said to hold money in banks and let it gain intrest at the expense of the authority. Intrest is personal for the big guys in ministry. Rumor  is they changed Finance officers who were spanner boys for Sunkuli. Keriako and Ps Mochache have brought their guys.

Another information we’re getting is  that the Ps Mochache and Finance director in Ministry allegedly have a secret account where they hold and get interest accusations that we can’t substantiate at this point but raises serious questions on handling public funds.

According to the allegations, after the money gaining interests, They then release Nema money late. Talking to a frustrated Nema staff, he opens up, “You are expected to pay bills eg electricity printing and fund office operations from pocket. It opens and exposes vulnerability risks hence we expect the clients to fund the office simple corrption which in turn compliance is compromised.

He goes further to make claims on a recent incident in Nakuru, “The 2 staff were interdicted the ones for Nakuru. High risk facilities are licensed from Hq. They were sacrificed a luo and kalenjin. One officer a kikuyu same office was left. No one currently wants to work in Nakuru office. No resources pure frustration.”

With environmental safety being a serious concern and Nema mandated to oversee this, it is immoral for whatsoever reason that the ministry would withhold staff salaries and expect things to run smooth. Such uncouth steps exposes staff to being easily compromised.

We’re also calling upon the ODPP to look into the accusations raised here that the PS and other elements within the ministry could be involved in personal trading with staff moneys. We’re following keenly on this matter and will keep you upto dates. Meanwhile, over to the ministry to rectify, put house in order and the ODPP to look into these accusations which came from Nema insiders.

Part I: US Government Concerned And Warns Against Joshua Oigara’s KCB Involvements With South Sudan War Lords In Money Laundering