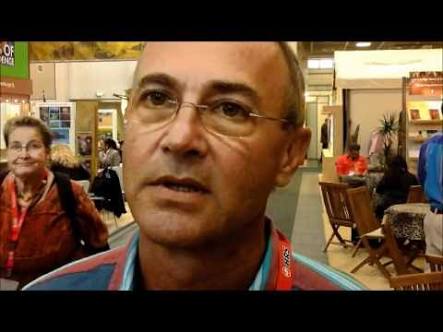 Questions have been raised over ownership of the islands, given that most of them are in the hands of foreigners. The islands are also a source of conflict between investors and residents who claim to have been robbed of their land. Recently, some Funzi residents claimed that Mr Torriani had denied them access to the beach and fishing along the channel by deploying Maasai morans who harassed them.

Politicians, well connected government people and tycoons from across the country also own part of the islands. Having bought tracts of land from the locals, they are now selling them at tidy profits.

However, besides the serenity of the islands, there have been allegations that the isles are used as conduit for hard drugs, with drug traffickers taking advantage of their exclusivity to smuggle narcotics into the country.

An investor, Alessandro Torriani, who owns Funzi and four other small islands a few years ago, reliable sources revealed that he put some of the properties up for sale.

He was selling one piece for USD16 million (Sh1.6 billion), a price tag that raised eyebrows among local residents who have clashed with him over ownership of some islands and for cutting down indigenous forest aged about 100-years-old. Some of the gazetted islands were reclaimed by the government.

And what is the asking price? They are going for $16 million (Sh1.2 billion), a price tag that has raised eyebrows among local residents.

The resort features eco-friendly, door-less cottages and is frequented by the sort of people who have no problems paying Sh80,000 per night. World celebrities prefer a holiday here, especially since it is serviced by a private airstrip.

It has now emerged that 62 acres of the island belong to a Mr Hamisi Mwatende, who, the commission said, held the first title.

But, when he got before the commission’s committee on historical land injustices, sitting at the Kenya School of Government in Mombasa, Mr Mwatende said he has been left with only a makuti-thatched house and not a single acre of land.

Mzee Hamisi Mwatende when appeared before the National Land Commission committee on land injustices at the Kenya School of Government in Mombasa on August 29, 2018. He is claiming ownership of 62 acres of land on Funzi Island that was transferred to an Italian tycoon, Alessandro Torriani.

Mr Mwatende, 82, is now living as a squatter despite documents showing he is the sole owner of L.R NO. KWL/FUNZI/64, the commission heard. Mr Mwatende said he has been receiving threats from land officials in Kwale whenever he inquired into the matter who were obviously bribed in this thuggery.

It remains a puzzle how the land was transferred from Mr Mwatende to five other people before it was acquired by Mr Torriani. The five were identified as Mr James Gakunya Kahiu, Mr Daniel Kibuka Gikonyo, Mr Frank Gitau Njenga, Mr Lawrence Kinyanjui Gitau and Ms Betty Muthoni Gikonyo. The commission said these were “prominent people”.

It had also emerged that Mwatende was approached and paid Sh500,000 by unknown persons, probably emissaries of the tycoon to shutdown and the only transaction made which suspiciously was not documented. In essence, the old man like many other locals was conned of his multi billion beach land for a mere Sh500,000.

It is for such kind of robbery that an entire island is controlled by foreigners who took advantage of the local’s naivety and poverty to not only defraud but buy land at throw away prices. The NLC must therefore jump into the line and help the defrauded locals repossess their land. Dishonest investors like Torriani must be investigated and if determined they played foul ad it seems, they be punished with the right legal actions. Kenya and Kenyans first should be the only policy.

Torriani has bulldozed the entire island and consider it his private property where he is allowed to behave any way he pleases. The push and pull with locals dates back and it’s time to revisit and see if he still enjoys system privileges. We will continue..

David Mwai Was Paid Sh2.4M To Murder Idriss Mukhtar With Garissa Governor Ali Korani As Mastermind Until The Gun Failed To Fire

Part I: US Government Concerned And Warns Against Joshua Oigara’s KCB Involvements With South Sudan War Lords In Money Laundering