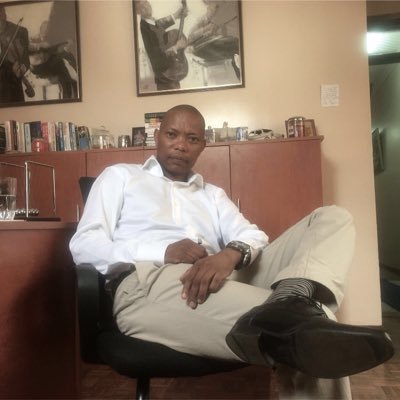 Mike Njeru is the Proprietor of an entity known as Transcend Media Group. A company that was adversely mentioned in the NYS scandal for swindling millions of taxpayers money in the tune of millions
Important to notice is that his businesses are not built on severe tenets of business acumen but rather through government tenders, one after the other, awarded to him along the dark corridors of the government offices, all the while posing as a shrewd businessman.

For instance, Njeru joined the assault on Safaricom at the behest of Moi-Era lawyer Ken Kiplagat for selfish reasons. Mr. Kiplagat wanted to be paid by Safaricom for frequencies that are owned by the National Police Service. Mr. Njeru was hitting back at Safaricom officials and WPP Scangroup. He is a disappointed contractor angered by the loss of business to Scangroup and the long-standing acrimonious relationship between the two firms.

He has over the years cultivated shadowy contacts in his quest to get a commercial advantage over rival media groups. He lobbies for business mainly through political connections.
In recent past, having failed to clinch a lucrative rig-move logistics deal with the state-owned company, KenGen, he mounted a major media offensive on the company by liberally circulating an internal audit report that was critical of the manner in which the rig-move contracts had been handled.

It is emerging that when he put in his pitch for the Safaricom tender in 2014, there were reputational issues that were flagged by Safaricom’s risk department, and which essentially knocked Transcend from the race.

Mr. Njeru’s firm was accused of attempting to influence Safaricom officials into looking at their pitch favorably at a time when the tender evaluation was on-going. In an email to one of Safaricom’s staff members, Gatheca, the company’s Managing Director was apparently attempting to bribe the staff members with a fully paid junket trip to Barcelona, ostensibly to attend a conference organized by Transcend’s global affiliate, McCann.

In a confidential letter seen by Kenya Insights, Mike Njeru through Lai Muthoka who doubles as his errand boy, wrote to KPLC head Kenneth Marende to overrule on a lucrative tender that they had lost over incapacitating issues as stipulated by KPLC requirement. As in previous cases, he attempted to arm-twist Marende into submission. Such backdoor ways are unethical especially on being beaten down in a competitive tendering process.

Revealed: The Evil Plot By Health PS Psychopath Muraguri Working With Office Of The President To Have KMPDU Officials Jailed For Six Months

Getting Into The World Of The Rich Activists of Civil Society