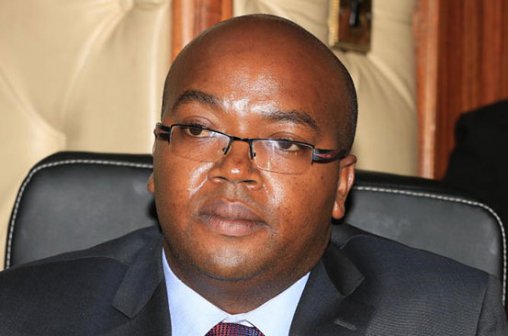 In our previous piece highlighting on the doctors standoff , we revealed how the evil Health PS Muraguri was issuing threats to KMPDU Officials to call off the strike or face unclear consequences but the doctors stood their grounds .

As poor Kenyans continue to bare the consequences with scores of deaths reported across the country and doctors staying far away from public hospitals , governments dishonesty in resolving the issue continue to manifest. Physical  Intimidation on officials apart , in what clearly is an executive manipulation , Labour court threatened to issue warrants of arrests on the officials should they refuse to call off the strike . This an old trick that Moi used to do and martial industrial unrest. KMPDU in retribution ,boycotted negotiations until the State withdrew such uncouth coercion tactics.
Intel gathered by Kenya Insights is that the KMPDU officials were called for negotiations again This  morning at 9am and then GoK negotiators  cancelled. Now the info is that GoK cronies had planned to arrest them, have them charged with holding an illegal strike and deny them bail on a 6 months jail term. And apparently all this is being planned from Office of the President.

But for now the doctors say they will not be intimidated by these threats and insist that GoK adhere to CBA.

Health PS Muraguri and Mailu have resorted to using resources from OP to do their dirty work and drag the establishment of the Presidency into the mud by threatening and plotting violations against union officials while hiding under the auspices of the OP.

We gather that the OP are not directly involved but because Uhuru has directed the PS to resolve the situation Muraguri is using those powers to act in egregious manner.

The doctors say they have been warned they will be arrested and likely be kept in jail till Tuesday since the red flag ia putting the case on a Friday, then face charges of which the magistrate in a predetermined ruling, is expected to rule they be incarcerated for 6 months no bail

The union had already raised bail money with a target of 10 million knowing all the schemes. Muraguri got wind and plotted to have the doctors denied bail.

Uhuru gave the PS a directive and the PS is a violent and vindictive man who tried bribery, threats and now wants to take the freedom of union officials instead of reconciling as instructed by the President. Muraguri is clearly a psychopath who needs these same doctors back in the hospitals to treat his mental condition before it escalates to irreversible levels. He’s getting out of control and that Uhuru needs to act swiftly and fire him

Muraguri is playing God with the lives of union officials and Kenya’s patients and is a violent evil man willing to jail officials and allow patients to die due to his institutional corruption and evil methods. Uhuru needs to fire him.

Muraguri hides behind the president to threaten civil servants while he watches Kenya’s poorest people die.

Muraguri has no intention of resolving the crisis he is only interested in jailing his fellow doctors and ensuring the crisis escalates to shocking levels as Kenya Union of Civil servants threaten to join the strike and private hospitals go on strike from Tuesday.

We appeal to the President to intervene and bring an end to Muraguri evil intentions and bloodlust and step in to implement the CBA, and Kenyans will be grateful.
In Kikuyu, Muraguri is a witch doctor and soothsayer.. A liar.. Soothsayers are considered liars in Kikuyu culture. So the descriptions fits him tighter than what you’re thinking of. “Muraguri runs MoH like a Witch doctor looking for blood. Evil!” One high MoH official told this writer.

The painful part, is he is trying to arrest his own colleagues! Muraguri who’s linked to Marget Kenyatta family , was once a doctor and maybe he’ll go back to practice after being kicked out of MoH and now power has ruined his head not to be in touch with the plights of his colleagues.

Even in university he was crooked by the way, suspected of stealing as most of his colleagues now doctors say. He has never been a straight arrow.

If Uhuru is genuinely concerned about the Doctors and more so the sickly Kenyans then he must jump to the rescue by first firing the bluff negotiator Muraguri not only out from the table but out of office since he’s steadily ruining the ministry from internal corruption to now worsening the standoff . He clearly lacks the leadership umph and will work to ruin all great developments made. Kick Muraguri out to some planet where we won’t have to deal with him ever.

A shame to the profession. The Hippocratic oath says “First Do no Harm” but Muraguri has caused the deaths of Kenyans through his virulence in the past week.