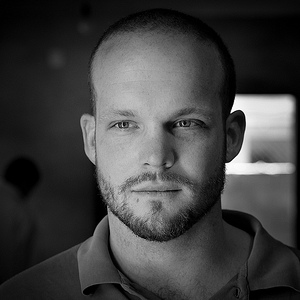 The state in a suspicious turn of events , deported Jerome Starkey , an investigative Africa’s correspondent to London’s The Times.  Jerome who has been resident in Kenya since 2012, was flagged down at JKIA when he was checking back in the country .

He was informed his passport has been marked by security agency , apparently he posed security threat to the country and so the steps in him insinuated . Jerome was held at the airport’s police station for more than 24 hours during which he wasn’t given access to his lawyer who was turned away by security officials when he attempted to see his client , a clear violation . On his Twitter page, Jerome said he was never briefed of any violation and only questioned by an ATPU agent who again didn’t tell him about his wrong doing .

Before he knew it, Jerome was being deported without any official communication from the government as to what he had done to warrant such a step. A government agent ,  Dennis Itumbi in a flimsy excuse said Jerome did not have a valid work permit . In a quick retribution , the dreaded journalist said he has had a valid 2×2 work permit and applied for a new one in Octoberof eguvg the immigration has refused to issue . Seems like it was all planned given the pattern.

The journalist has reported on a ray of issues that might have rubbed the government wrong way from corruption scandals to extrajudicial killings rampant in the system. His colleagues describe him as a fierce journalist with indomitable professional standards.

One case that stands out that might have rattled the government is his sustained follow up on the cocaine haul case against British aristocrat who is believed to be an innocent and planted suspect now facing life in prison.

In his latest reporting on the same case, Jerome hinted at police holding the key to freeing the aristocrat

Kibera law court had ordered police to hand over intelligence dossiers that could exonerate a British aristocrat accused of smuggling cocaine worth £4.8 million.

Jack Marrian, 31, a nephew of the Earl of Cawdor, is facing life in prison after 99.7kg of the drug was seized from a shipping container full of sugar in Mombasa.

Mr Marrian, a trader with ED&F Man, was importing sugar from Brazil to Uganda and says that he knew nothing about the cocaine. His co-accused, Roy Mwanthi, had been hired to clear the sugar through the port. They deny the charges.

Spanish police told Kenyan officers that the drugs were due to be offloaded in Valencia, but something went wrong. The drugs were left in the container which carried on to Mombasa, according to the US Drug Enforcement Administration.

The British government has a copy of the US intelligence report, but Kenyan officials have refused to share it with Mr Marrian’s defence. Andrew Wandabwa, his lawyer, said the state was wilfully “sitting on evidence” that showed Kenyan police arrested someone with no connection to the drugs.

The head of Kenya’s anti-narcotics unit said he had letters from US and Spanish authorities which said that the smugglers were using a technique in which they hide drugs in containers without the owners knowing. A magistrate gave the state 15 days to hand over its evidence.

Marrian lawyers have often accused the state of desperately trying to save a face in the heavily driven political pressure case. Jerome is one of the few journalists who’ve kept a close eye on the dreaded case by many journalists and this might have not gone well by the power circles determined to bury the truth in the case. Some quarters also say he was doing a sensitive story on the death  of Jacob Juma the slain businessman also suspected to have been gunned down by the state in a case that is yet to be determined by the DCI investigations but Kenya Insights can’t independently ascertain this claim doing rounds.

It’s unfortunate that insincere elements in the government are now using state resources to intimidate journalists and in ripple effect clamping down on media freedom taking Kenya steps back in freedom rights.

Part 1 of 5: How Crooked Mike Njeru With His Company Transcend Media Bullied Safaricom After Tender Disqualification

Revealed: The Evil Plot By Health PS Psychopath Muraguri Working With Office Of The President To Have KMPDU Officials Jailed For Six Months