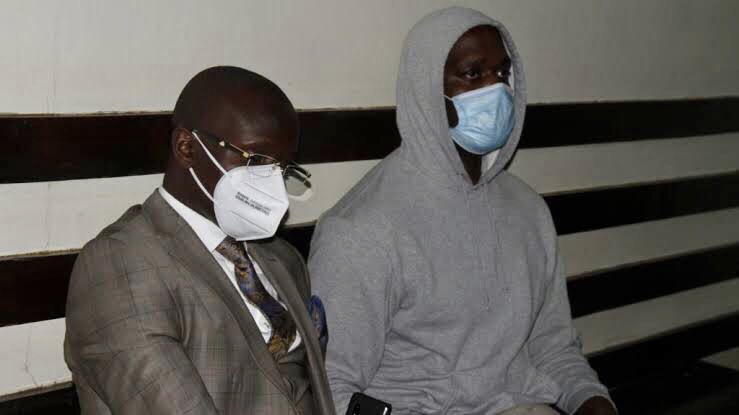 Murder suspect Chris Phillip Obure is seeking to be a State witness instead of an accused person in the case of the killing of car dealer Kelvin Ombati Omwenga.

In an application filed at the Milimani High Court in Nairobi on Monday, Mr Obure says he wants to testify against his co-accused Robert Bodo Ouko, who is also his security guard.

Through lawyer Danstan Omari, the flashy Mr Obure is challenging Director of Public Prosecution (DPP) Noordin Haji’s decision to prefer a murder charge against him, saying the intended criminal trial is malicious and an abuse of the court process.

“The criminal justice system is being used to achieve collateral aims over a matter that is purely commercial in nature and as such, criminal proceedings against the applicant would be an abuse of the court process, an affront on justice and a violation of his fundamental constitutional rights on fair administration,” says Mr Omari.

He further claims his client’s right against discrimination was infringed by the State when it listed him as an accused person, hence the court should issue a declaration that the intended criminal proceedings are null and void.

In the application that was certified as urgent, the lawyer asked the court to quash the DPP’s decision to charge Mr Obure and declare that the prosecutors failed to exercise their mandate reasonably and fairly.

He filed the application on Monday morning after undergoing a mandatory mental evaluation at Mathari hospital over the weekend, in readiness for plea-taking.

Justice Mumbi Ngugi deferred the plea-taking following the application which caught other lawyers in the defence team unawares.

One of the lawyers, Prof Patrick Lumumba, said he was not aware of the development and was expecting the suspects to answer to the charge as had been directed by Justice James Wakiaga on Friday last week.

The judge deferred the plea-taking on grounds that it would have been prejudicial for Mr Obure’s co-suspect to answer to the charge alone, considering they are charged jointly.

“It would be prejudicial for the first accused person to take a plea in absence of the second accused. The court defers the plea for one day. The application will be canvassed Tuesday at 11.30am,” said the judge.

State Counsel Gikui Gichuhi opposed the postponement of the plea-taking, saying the decision to prefer the murder charge was made after DPP Haji found there was sufficient evidence against the two.

According to lawyer Omari, the DPP failed to consider the crucial CCTV footage from Mr Obure’s office, showing how the security guard broke in and retrieved the firearm from its safe.

The footage also shows Mr Ouko returning the gun after the shooting.

The gun was used to kill Mr Omwenga at Galana Suites in Kilimani, Nairobi, on the night of August 21.

The lawyer says it is unreasonable for the State to charge Mr Obure while facts demonstrate that he would better serve as a witness in the case.

“The footage was picked from Mr Obure’s safe and was a legal firearm having been returned to him via a court order dated May 29, 2018. The evidence of the CCTV footage was not forwarded to the DPP by the officers at the Directorate of Criminal Investigations (DCI),” says the lawyer.-DN.

Related Content:  White Elephant: SGR operations at risk over 38billion unpaid bill to a Chinese firm.
Kenya Insights allows guest blogging, if you want to be published on Kenya’s most authoritative and accurate blog, have an expose, news, story angles, human interest stories, drop us an email on tips.kenyainsights@gmail.com or via Telegram
Related Topics:
Up Next