Screenshot showing Kariuki’s media trends with Kenya Insights having the biggest expose on the shadowy billionaire.

When police raided Humphrey Kariuki’s multimillion alcohol empire in Thika town months ago, the world of Kenya’s most reclusive billionaire was opened for all to see.

Detectives led by Inspector-General of Police Joseph Boinnet and senior Kenya Revenue Authority officials made what they said was a dazzling find: An estimated 21 million counterfeit excise stamps and 312,000 litres of illicit products — all worth billions of shillings in taxes.

Mr Kariuki’s Africa Spirits Limited is now under police watch even if it’s unclear how the authorities haven’t been able to get hold of him and arraigned him in court despite the tax evasion accusations. We suspect he could probably have bought his way out not to appear on the dock as he should’ve given the magnitude of his crimes.

Africa Spirits is only a small part of Mr Kariuki’s multibillion empire — all under the name of a holding company, Janus Continental Group and which encompasses all that a billionaire would want: A five-star luxurious Mt Kenya Safari Club originally a retreat to famous Hollywood stars such as William Holden — who founded the club.

The name Janus is significant in one critical way — and for such an empire.

Janus, which means “the beginning and origin of things”, is an ancient two-faced Roman god who provided protection in the beginnings and endings “at the gates, the doorways, and passages and endings”.

As a god, Janus had the uncanny ability to see both in front and behind; thanks to his being a two-faced god.

But when detectives raided one of Janus’ establishments in Thika — it seemed that the protection against any nosy raid on Janus properties had vanished; at the tail-end of January (which ironically stands for the month of Janus).

Unlike other billionaires who love publicity, Mr Kariuki is the country’s equivalent of Mr Brad Kelley, the US tycoon known for his love of exotic animals, and who despite his extra-ordinary wealth shies away from publicity.

Born 61 years ago in Nyeri in a family of 10, Mr Kariuki studied at Nairobi School and Kagumo High School before joining Central Bank of Kenya when he was only 19 as a clerk.

“I was at the bottom of the ladder. I always tell people that in life you need to start from the bottom; the only place where you start at the top is when you’re digging a well. So I started as a clerk, and then went on to work in various other departments in the bank,” he told Forbes magazine in 2017.

Mr Kariuki says he made some “decent income” at Central Bank and that he ventured into the business world by importing cars — starting off with a car owned by his UK-based elder sister which he had shipped to Nairobi.

“I was able to sell (the car) at double the price my sister was asking for. I gave my sister her money and kept the rest for myself. I was amazed, and I wondered: ‘Is this how easy it is to make money?’”

And that is the story that Mr Kariuki tells about his rise into the billionaire ranks. 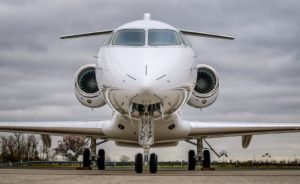 He would later set up the famous Green Corner Restaurant at Nairobi’s Tumaini House, behind Kencom House, where he struck everyone as a hands-on manager.

Every morning, in the late 80s and early 90s Mr Kariuki — slim and always smartly dressed — would be here walking the tables and freely engaging his customers.

At best, he was always at hand to deal with customer complaints right away and this made Green Corner the go-to-and-must-be-seen-at place for the hip crowds of Nairobi.

Another common face at the restaurant was Party of Independent Candidates of Kenya boss John Harun Mwau — a well-known millionaire.

Whether Mr Kariuki took note of this crowd is not clear — but those who saw him then knew he was always apolitical. “He would say hello and disappear,” a man who knew him in those days tells this writer.

“We made the best hamburgers, steaks, and samosas among other things. For years, Green Corner was the place where professionals who worked in Nairobi converged for their lunch and business meetings,” he said in the Forbes interview.

Besides Green Corner, Mr Kariuki also had another restaurant which he named Twigs, which was next door to Green Corner but serving the higher end of clients.

For some strange reason, Green Corner was better known than Twigs Restaurant.

At the indoor parking of Tumaini House, Mr Kariuki’s car business blossomed and here, one could find the latest state-of-the-art European motor vehicle models such as BMWs, VWs, Mercedes and Range Rovers.

At any given time, there would be an average of five vehicles with foreign registration number plates.

After a few days, the vehicles would be replaced with another different set — meaning he was in a booming business. 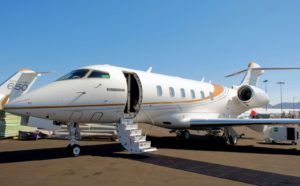 That Mr Kariuki would be able to import such high-end cars at a time when the foreign exchange regime was prohibitive meant a lot on the kind of business strings that he managed to pull or, perhaps, pointed to his acumen as an astute businessman.

But again, Mr Kariuki had previously worked at the Foreign Exchange Department of CBK which was approving foreign currency for businessmen intending to import goods.

While still in his late 20s, Mr Kariuki ventured into wines and spirits distributorship through Wines of the World Limited as the distributor for Jack Daniels, Bacardi and the Edrington Group, whose premium brands include The Macallan, The Famous Grouse, and Brugal rum.

Later on, he started building his own factory in 2002 with the brand Blue Moon Vodka manufactured by Africa Spirits Limited – the company that was raided by detectives.

“I’m proud to say that Africa Spirits Limited is the most successful indigenous alcoholic beverage company in Kenya today,” he had said two years ago.

But the big break came after he was introduced to South Sudan wheeler-dealers and he managed to strike multimillion-dollar oil and construction deals.

It was this period that he built the Hub shopping mall in Karen and also bought Fairmont Mt Kenya Safari Club in Nanyuki. 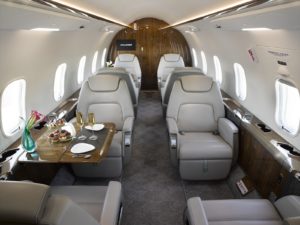 Besides the current raid on his factory, Mr Kariuki’s efforts to get an exclusive license to import and distribute 214 premium wine and spirit brands including Bacardi-Martini labels has been thwarted by the Competition Authority of Kenya (CAK) this year.

The Wines of the World wanted to enter exclusive distribution agreements with various alcohol manufacturers.

The current turn of events is yet another twist in the life of a man — so wealthy; and so reclusive — who provides wild animals with a place to call home at his Mount Kenya Wildlife Conservancy and Animal Orphanage.

What puzzles most Kenyans is how a man with such an high magnitude of economical crime has not been able to be arraigned before any court in the land and more so that his suspected fraudulent accounts have been unfrozen under unclear circumstances by a suspicious ruling.

Kenya is losing billions to unscrupulous businessmen like Kariuki who prey on loopholes in the system to make away with billions. DCI and relevant authorities need to be on the alert to ensure only clean deals gets to see the light of the day and crooks like Humphrey is alleged to have their day in court or better yet in jail.