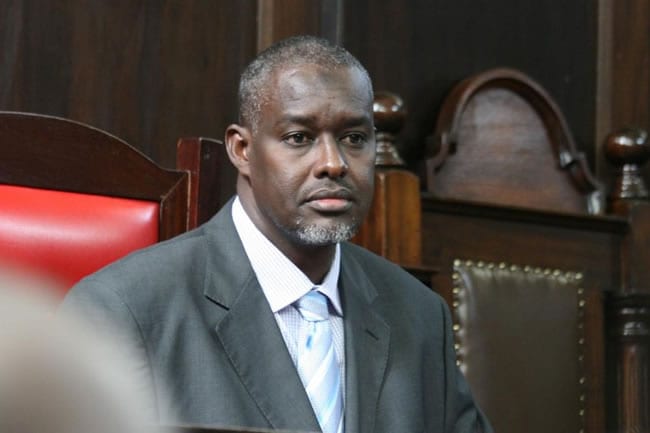 The ongoing onslaught against judges has taken a new twist after a Nairobi MCA claimed that some judges have been frustrating the operations of the county.

Makongeni MCA Peter Imwatok alleged that Court of Appeal Judge Mohammed Warsame has been working closely with some Nairobi County MCAs to give a ruling in their favour.

“It’s very sad that some judges only give rulings that favour members of their religion or tribe. I will soon write to the Judicial Service Commission JSC about this sad situation,” Imwatok said.

On the allegations raised by impeached Governor Mike Sonko against Justice Said Chitembwe, Imwatok urged JSC to move with speed and probe the allegations.

“Some of the allegations raised are destroying our name as a county assembly. We are asking JSC to probe them and give us a report as soon as possible”, Imwatok said.

When reached out for a comment on the claim, judge Warsame said; “I will not comment on issues that are currently in court. It’s prejudice.”

“I want to put it straight that we are not part of what the judiciary is doing. I want to say that what we did was good for Nairobians, we did not do anything out of malice, we did not do anything out of injustice. I agree that the courts subsequently have agreed with us and if indeed the courts have agreed with us then I don’t expect what I see on social media expounded by former governor Mike Sonko,” 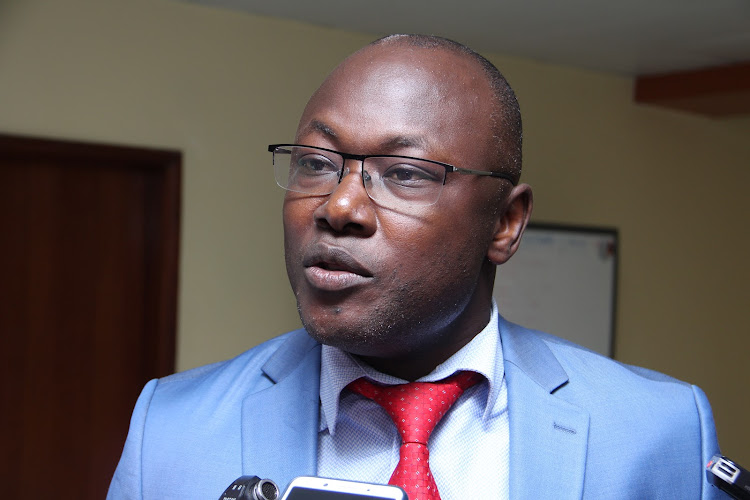 His plea comes at a time when the JSC has already allowed petitions seeking to remove Justice Saib Chitembwe. The commission has directed the petition be directed to the judge for a response which should be done within 14 days.

In a statement on Monday, Chief Justice Martha Koome said the JSC had deliberated on the petitions which accuse the judge of gross misconduct and impropriety.

“The petitions and the honourable judge’s response will be considered by a panel which has been set up by the commission. The panel will present its findings to the commission,” the statement read.

Chitembwe has denied involvement in corruption.

Sonko made the allegations through various video recordings, which have come to be referred to as ‘Sonko leaks’

This is one case where Justice Mohammed Warsame has been accused of favoring his Muslim brothers and a reason the MCAs are demanding that he recuses himself from is the case challenging Jacob Ngweles’ dismissal as assembly clerk, a lucrative position in the National Assembly.

Through their lawyer Michael Osundwa, ousted clerk Edward Gichana feels that he would not be accorded fair hearing.

“A judge must be polite and must give each party equal chance and fair trial it is true that my client is not happy with the manner in which this case is being handled I was not given the opportunity to elaborate my case,” Osundwa noted.

Justice Maureen Onyango ruled that Ngwele’s appointment to the clerk’s office was shrouded in irregularities.

“The petitioner sought an injunction against the respondents for illegally or unfairly interfering with his employment by way of suspension, termination or removal whether acting directly or through third party… Having found that the petitioner’s appointment was shrouded in irregularities, hence illegal, this court declines to grant those orders,” Onyango ruled ruled.

According to a source privy to the happenings talking to Kenya Insights, the bad blood between the judge and the lawyer ended in altercation where the Osundwa was referred to a ‘terrorist’ a racist reference only close to ‘nywele ngumu’ that Somali and Ethiopians use to refer to Kenyans in the borders.

Now the genesis of the troubles is the former clerk Jacob Ngwele ichallenging his dismissal by County Assembly Service Board and earlier ruling by labour and relation court affirming the same.

In our previous articles, we exposed how Ngwele was ousted of office for holding it illegally, we went further to tell you how the City Hall cartels put out all their machinery to save Ngwele who was aligning to their fraudulent dealings. Abdi Guyo the man at the center of saving Ngwele and the man alleged to have brokered a deal with Justice Warsame is not new to controversy neither does he shy away from it. A man who has never forgiven former Speaker Beatrice Elachi for giving her trouble desoite being out of office. In one of their many altercations, he once told Elachi ‘wewe utanijua’ a statement that was read by those around as based on Islamic beliefs that look down upon women and that they can never triumph over men.

Guyo was named in the ‘Sonko Leaks’ where the governor accused him of working together with his lawyer Cecil Miller, George Kariuki in bribing Justice Chitembwe to rule for his impeachment.

Now the MCAs are accusing Guyo of having played the same cards with Justice Warsame. Incidentally, Kenya Insights has learnt that the research officer who was working on Ngwele’s case that Warsame gave a favorable ruling was once working in City Hall’s legal department while Ngwele was still the clerk raising serious issues of clash of interests. It’s unclear whether Warsame was made aware of the scenario.

It remains a puzzle how in the ruling Warsame incorporated Edward Gichana who wasn’t part of the suit neither applied to be enjoined. The ruling rose suspicions and a base of MCAs allegations that Warsame was manipulated and didn’t give fair justice.

More interesting in the Ngwele’s web is Acting Clerk Adah Anyango whom our sources say had a relationship with Ngwele. We’re also told of suspicious payments authorized to Ngwele for his lawyers which is intriguing given the fact that his lawyers were representing him in the capacity of an individual not as a clerk, this allegations should be followed by investigations and audits to ascertain the claims.

We’re informed Ngwele is scheming for a return to the City Hall.

Keeping with City Hall dramas and protection of cartels.

Former clerk Jacob Ngwele who’s a close associate of Guyo is also accused of securing a job for one of the officers in investigative agencies and who was investigating the Trip by an associate Abass to Dubai. This he allegedly did to stop the Investigations.

Justice Warsame is not new to bribery accusations, in 2019, Judicial Service Commission (JSC) received a petition seeking the removal of Justice Mohammed Warsame.

Related Content:  Is NMS Under The Spell Of City Hall Cartels?

He further claimed that Justice Warsame received bribery money from lawyer Ahmednassir Abdullahi for onward transmission to his colleagues in the Court of Appeal to influence outcome of the cases before the court.

According to the petitioner, Justice Warsame is involved in an elaborate plot with Senior Counsel Ahmednasir Abdullahi to capture the Judiciary at all levels thereby undermining constitutionalism, rule of law and national security.

The petitioner claims the two enjoy a close personal and client-advocate relationship and are also business partners.

“Such dalliance and friendship is human and acceptable if it does not cross the line of the judge’s discharge of his duties but the honourable Judge has merged his personal relationship and public duty,” said Bule in the petition.

He accused Warsame of being a “co-conspirator with Ahmednasir in court of appeal bench fixing, conduits of bribes to fellow court of appeal judges and looking the other way in cases of patent conflicts of interests”.

Bule alleged Justice Warsame received Sh72 million from Ahmednasir for transmission to his colleagues in the court of appeal to influence the outcome of several cases, particularly election petitions, before the court.

He said that under a separate confidential cover, he would furnish the commission with details of the improper contacts between Warsame and Abdullahi, and particulars of payments, during the hearing of the case.

In 2018, Parliament was keen on blocking Warsame’s appointment to the JSC. According to the MPs, the judge needed to appear before the vetting committee and not bypass the set out procedure.

Parliament was barred by the High Court from vetting Warsame following his re-election to represent the Court of Appeal at JSC. The High Court ruling followed a suit by the Law Society of Kenya.

Kenya Insights allows guest blogging, if you want to be published on Kenya’s most authoritative and accurate blog, have an expose, news TIPS, story angles, human interest stories, drop us an email on [email protected] or via Telegram
Related Topics:Abdi GuyoJustice WarsameNgwele
Up Next

WE Charity Exposed For Conning Donors About Building Schools In Kenya

Mysteries of McKinsey & Company, the firm Kenya Power Intended to Hire as Management Consultant and why it flopped.