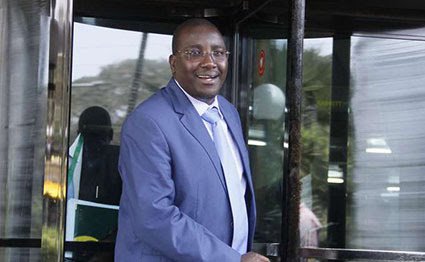 More often during his predecessor’s tenure, Nairobi Governor Mike Sonko attributed the city’s problems to Kidero and the faceless cartel that derailed developments by engaging in massive theft of public funds. George Wainana Kidero’s top aide became one of the wealthiest in the city let alone his boss, both are on anti graft radar. City hall was a den of thieves and little has changed with entrance of Sonko as Kenya Insights found out.

Some 103 MCAs voted to remove the speaker Elachi from office, two voted against while two others abstained. The MCAs removed her for causing ‘great embarrassment’ to the county assembly. In a motion by Waithaka MCA Antony Kiragu on Thursday, the MCAs accused Elachi of gross misconduct.

MCAs gave their grounds for impeachment but today we’re not here for the junky literature which is just that, unknown to the public, this was the end of a fierce internal wars that has been ongoing at the City Hall which has the biggest allocation share in the county governments and controls biggest wealth share in the county. 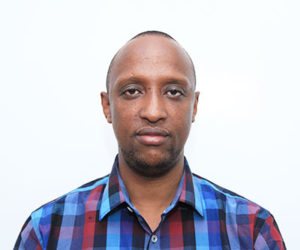 The County Assembly Board as Kenya Insights found out is where Beatrice’ problems started. The constitution of that board is not only suspicious but legally unbalanced, it’s constituted of the Speaker; Beatrice Elachi, Majority Leader, Ibrahim Abdi Hassan, Minority Leader, Elias Otieno, Assembly Clerk Jacob Ngwele and an outsider.

How for instance majority and minority leaders sit on the same board doesn’t make sense even in parliament it doesn’t exist. Being the most powerful board that cuts the deals, it’s constitution and members are carefully considered. Godfathers will want their loyalists to be at the helm.

Assembly’s Clerk Jacob Ngwele who has been jumping from the DCI offices to the courts defending himself against corruption accusations once again stands out as a controversial figure in the web. As we found out, his appointment to the county assembly remains questionable; he was handpicked from the National Assembly, and there’s no record showing the clerk’s position was ever advertised, this being a public office, goes the red flag. Mr Ngwele’s name was not tabled before the assembly for approval, making the appointment an “illegality” contrary to the County Assembly Services Act, Article 18 (2), on process of approving the appointment of a clerk.

A review of the Assembly’s funds cashbook according to audit report by Auditor General Ouko revealed that the money was irregularly transferred in 2016/2017 from the fund account to various other accounts without approval of the county executive committee member for finance. Consequently, the county assembly was in breach of law.

Ngwele admitted he irregularly reallocated Sh42 million meant for MCAs car loans. He told the Public Accounts Committee that he used the money to pay MCAs’ salaries and imprests. Of interest was the fact that he transferred the money from the loans fund account to the operations account without approval of finance executive as required by law.

Ms Elachi wrote to the DCI headed by Mr George Kinoti that she discovered several instances of malpractice, including illegal procurement done by the Office of the Clerk. But Mr Ngwele swatted the allegations claiming that Ms Elachi had a personal interest in a Sh150 million tender for the acquisition of the Speaker’s residence, claims Ms Elachi denied and challenged him to corroborate which he has never done.

On the issue of Speaker’s residence, Kenya Insights has discovered that the plan was a mastermind of not the speaker but allegedly Ngwele and a Sheriff Mwendwa, who works as an adviser in the legal department of National Assembly. Sheriff’s involvements in the county assembly’s businesses is questionable. How did they get the price before opening the financial which should be fine with the bidder? Details of the planned purchase of the house was leaked to the media when they failed to convince the speaker about it.

Renovation of the kitchen, double payments and general flawing of procurement procedures within the county assembly prompted the speaker to invite DCI, EACC to investigate the board members and the theft loopholes within the assembly and that’s when hell broke loose. Suspiciously, Ngwele’s sister is also the head of the kitchen department. We’re told nepotism is rife in the assembly, accusations that should concern NCIC and relevant bodies.

Word on the street is after Ngwele was arrested by Haji after being reported to the DCI by Beatrice Elachi, he decided to take the war to the next level and that’s how the impeachment motion was rushed. According to sources talking to Kenya Insights, Ngwele who also doubles as the Chief Legal Adviser reached out to the majority and minority leader to help in fighting speaker who by now is a big trouble for the anti corruption purge, her consistency against graft within the assembly placed her in the fire.

Ngwele we’re told just like his County boss Sonko, has a reputation of recording all dealings, he has some boardroom recordings implicating Guyo, Otieno and many others which he uses as leverage more of blackmail in my view. So he instructed the minority and majority leaders who’re in the middle of all these scandals to ensure the speaker is impeached.

Since they’re all intertwined, the common enemy becomes the speaker because if the clerk is to go down, then he won’t alone. As part of Deal, Guyo and Otieno attempted to use their connections at DCI to have charges against Ngwele withdrawn and this allegation can be ascertained by CCTV footage at the Headquarters.

Ngwele was at one point caught up in s double payment on a tender which again we’re told was to a cousin but on DCI detection, he reversed the extra. Besides, despite his salary, he boasts a Landrover Discovery, there are accusations that he made a Sh50M investment recently with a real estate agency with his wife.

Ngwele is also being accused of being in the center of the war which included propaganda and negative publications on the speaker, he allegedly paid Star and Daily Nation journalists millions in the media wars. Because the media enjoys the monopoly of agenda setting, it is easier to sway perceptions if you run the media and own the narrative.

Corruption and impunity thrives within the assembly and we’re also told that the MCAs were allegedly threatened to have their foreign trips cut, not included in prestigious committees during the lobbying for the impeachment of speaker. The manner of voting during the impeachment is also questionable, it was done through acclamation as opposed to secret ballot, this was intentional to coerce members to vote in a particular pattern. 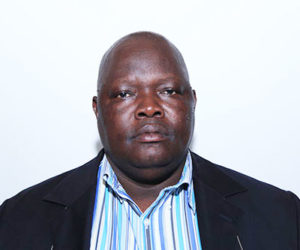 High Court nullified the impeachment and reinstated the speaker but the MCAs who acted like university goons, stormed her office while high as a jet to throw her outside in a clear disregard to the law. The mannerisms and the body languages of the MCAs hints at a possibility of them being compromised to have her leave office at all costs.

Related Content:  Catherine Namuye Lived In Fear And Regrets And Who Murdered The Mother Of One

We’re now calling for a full lifestyle audit on all members of the county board and the entire assembly, we’d like to know if true and why for instance, Waithaka MCA Anthony Kiragu has made many foreign trips than any member and his purposes for such trips. We’d like to find out if it’s true that Kiragu and Warutere took Sh2m bribes each from the Asian businessman who was later to be arrested for trying to bribe governor Sonko not to have his hotel demolished.

We’d like to know why Guyo is driving a County Assembly’s car using private number plate for his own personal purposes and why Ngwele and team even have chase cars yet only the speaker should have such, we’re told she doesn’t use the chase cars. Why is there sustained pressure to have Ngwele’s cases withdrawn?

We’re therefore requesting DPP Noordin Haji to dive deeply into the City Hall corruption and prosecute fearlessly. The board members should step aside and a lifestyle audit and thorough investigations into their finances be conducted. Individual MCAs need to be audited too which means the entire assembly should be recalled.

President Uhuru should also strike his authority as forces of impunity rocks City Hall. From the initial picture, it seems the speaker has been left alone to fight the cartels yet this should be an all inclusive agenda. The President and the Governor need to pay attention and resolve this before coffers are dried and lives lost. Kenya Insights is following the case and more explosive details shall be trickling.

Ahmed Rashid, Kenya’s Most Feared Killer Cop Goes On Camera With BBC And To Many In Eastleigh He’s A Hero