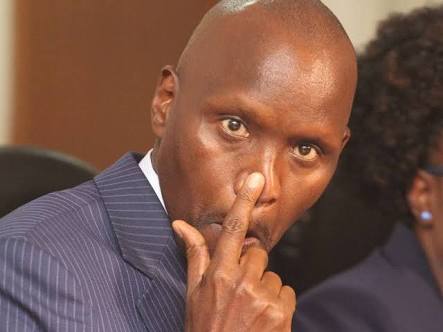 As we’ve been saying in past articles, corruption thrives in the energy sector and at Kenya Pipeline, it goes deeper than that. A report has surfaced online labeled top secret terming the depth of corruption at KPC as a threat to national security.

Word reaching us is, the DCI are almost done with their investigations and DPP preparing his files. We’re going to summarize the details on the document for public’s consumption since this a matter of their interest. Billions of taxpayers money has been stolen.

The compiled report notes that the procurement process might have been above board and the speed  of financial evaluation was done and award letter given is suspicious. Also the report follows the movements of money overseas and within the country in what they’ve used to piece up and build their case. They also used phone records of the principals and their agents.

➢ Who is Mr David Muge(DM) who signed the commission agency agreement with Zakhem for ksh 6B. A big question in the report is the mysterious man in the middle of this scandal. According to our independent investigations and sources, we’ve placed the man in London and will reveal more explosive info on our subsequent series exposing the KPC crooks.

Key pointers on the report sent to the DCI Kinoti;

It then goes further to detail how the theft was executed;

➢ KPC Board of Directors and Families Faith, Felicity and Charles Tanui – ZIC offered a fully
paid holiday to board and families members in a five star hotel in Dubai in addition to kshs 3M
per member.

➢ NCA Fees 0.05% (kshs 200M) of the contract sum was paid to ZIC despite a waiver having
being sought from NCA and relevant government agencies.-The money was shared between
ZIC, KPC board and NCA Director Manduku.

➢ What was the main reason for constant contacts between ZIC and KPC BOD the report questions and that’s something for everyone’s guess.

As we continue with our expose on the grand theft at KPC, we’re also keen to follow the actions that will be taken by the authorities and arrests that shall. E made. Si far, those implicated in the report should have their days in court.