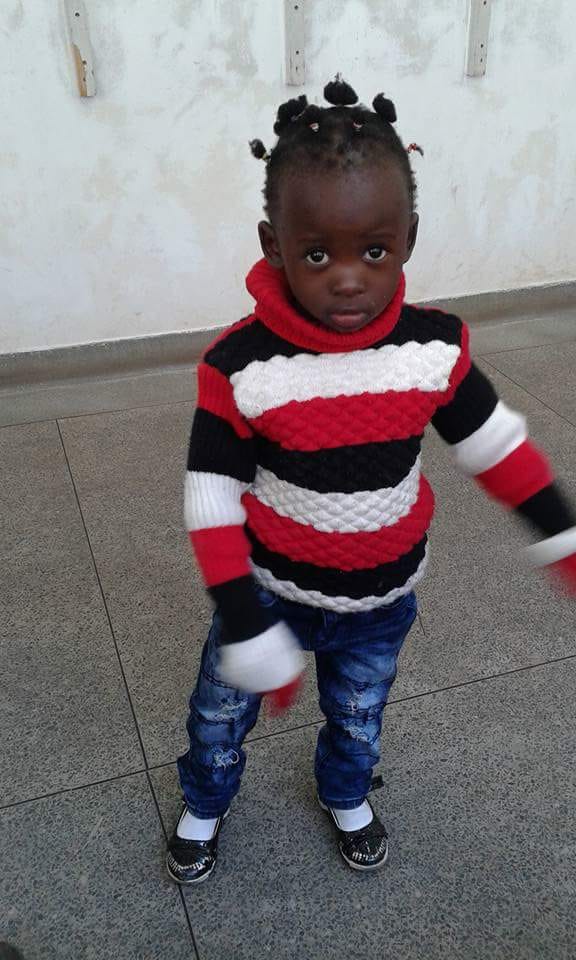 On a normal day on Monday, Penina Kadogo after a long day playing, complained to her father, Mathew Kitito about pain in his leg, “Baba naskia uchungu kwa mguu.” The father recalls. He had assumed this was probably a minor injury incurred during their plays with peers during the day. Unknown to him, this would be the start of a short, sad journey and the end of him seeing his daughter alive.

As a precaution, he opted to take her to the hospital for a quick bone check up. Talking to Kenya Insights, the father says a Dr. Tende at Kenyatta National Hospital checked and recommended for an X-ray, ultrasound checks. He was also referred to a bone diseases specialist a Mr. Ndeda.

After tests And deliberations, it was decided for the kid to be taken for operation to sort out the pain on her thighs on Tuesday. As required, she was put on medication and denied food as a patient preparation standard before surgery.

While she was booked for surgery on Tuesday, this never became the case and it was pushed till Thursday. According to the father, the three year old didn’t eat anything from Tuesday when the doctors had scheduled the operation till Thursday when she was taken to the theatre.

Mathew was hesitant about having the surgery done at Kenyatta but he was convinced that it was the best place to have it done given it being the biggest hospital. He had suggested taking her to a private hospital. In his own view, he wasn’t convinced the minor case warranted an operation.

On Thursday at 11am, Peninah was finally taken to the theatre and once again, things would go down the drain from this point. Minutes turned to hours of waiting, uncertainty and anxiety was killing the parents on the other end. At 3pm that is five hours after she was checked in for the minor operation, the mother was called from the ward to take her daughter, by then, they had finished, so they thought.

When her mother, Joanne Atieno took her up, she felt something unusual, she was struggling to breath and at this point the doctors must have realized they made a mistake and then took her away from the mother who was then instructed to leave. This would be the last time she held her in her arms alive.

Peninah took her last breath minutes after, she was registered dead at 3.05pm. Mathew was then called to the hospital at 7pm where they broke to him the bad news.

Dissatisfied with everything, the father is convinced the death has been caused by doctors negligence and according to an uncle Chabuga Evans who’s taking the lead in seeking answers, Peninah was given anesthesia overload and that’s what resulted in the hard breathing. They claim she was taken out of the surgery before full recovery and the doctors didn’t factor in precautionary measures to keep the baby alive.

Narrating his story, the disturbed father is pointing all fingers at the hospital. “This was a minor case that shouldn’t have resulted in the death of my daughter, I’m mad, sad, friends and family are falling and I can’t explain to them what exactly happened.” Our interview pauses as he breaks into tears.

The uncle Chabuga took over making their pointers clear that from Tuesday to Thursday the kid wasn’t given food and was taken to the theatre while too weak. They’re questioning why the doctors didn’t consider the physical stability before taking her for surgery.

Getting answers from the management has become a challenge, the family says. The body is at the hospital’s mortuary and they’re sourcing for independent pathologist to ascertain cause of death. They read dishonesty that the body has already been treated which the claim can possibly wash away crucial clues to find cause of death.

However, the resident pathologists are giving assurances that this wouldn’t be an issue as autopsy will show the exact cause. They’re determined to take the matter to all heights to get justice for the kid. They’ve raised an eyebrow as to why the final report was written by a different doctor from the ones who handled the patient. They’ve been advised to seek answers from the management.

Kenyatta Hospital continues to struggle with systematic failures which this site has been highlighting and are never addressed. General understaffing, underfunding and overcrowding remains the biggest challenges that are yet to be addressed making it prone to such errors which can be avoided.

As this family seeks justice for their daughter, another disaster is waiting to happen, the more things change, the more they remain the same. We’re yet to move on from the incident where a wrong patient had his skull opened and now this and so many unreported cases.

Employ more doctors and staff, thevfew available are overworked, demoralized and proneness to mistakes increased, allocate more funds and ensure the projects are implemented to improve the facilities at KNH, we can’t have a national referral hospital running on colonial equipments. Decongest KNH by ensuring other public hospitals are working perfectly, this hospital should only be for complex issues as it should be not for treating minor cases like fever.

The hospital must give answers to the family of the deceased and ensure justice by taking actions against any deliberate negligence if any that might have resulted in the death of the three year old girl.