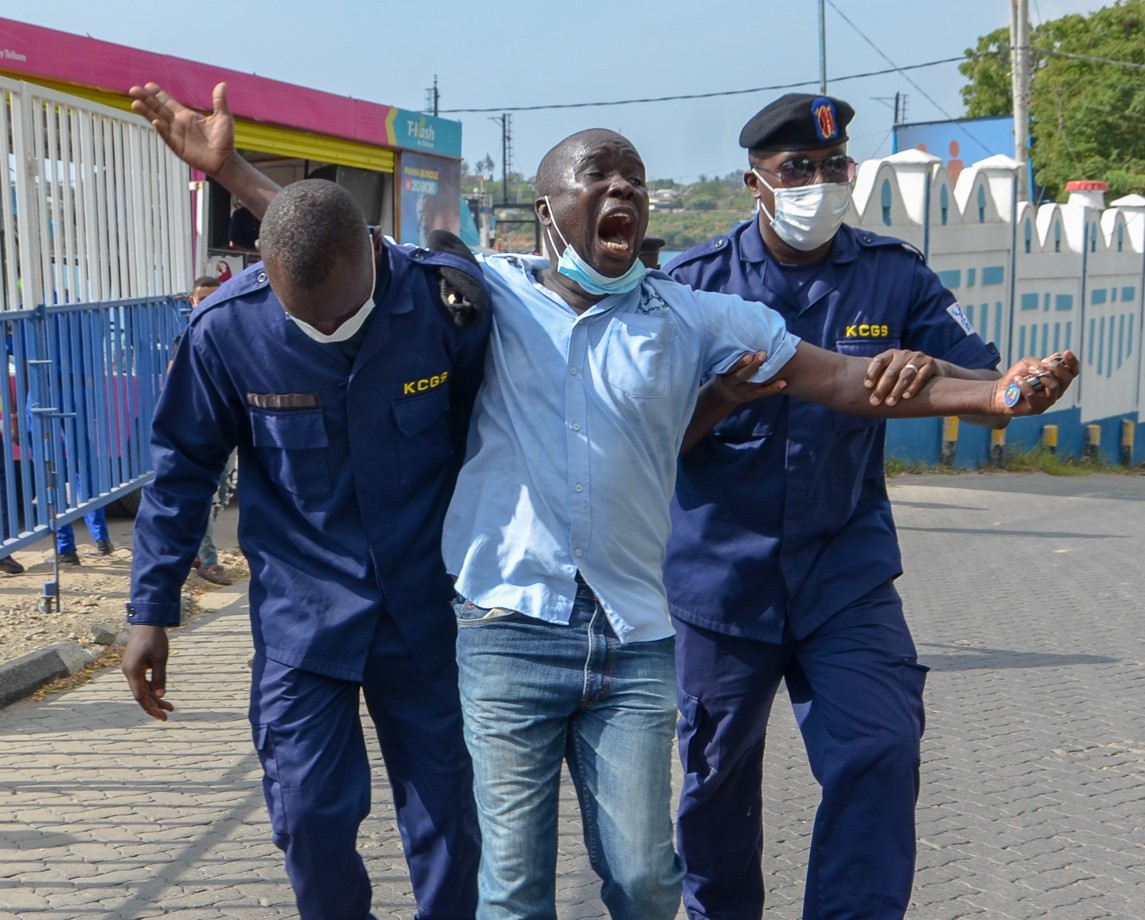 KFS’ e-system automatically locked out ferry users not subscribed to Safaricom, especially motorists, motorbike riders and handcart pushers who must pay levies to cross the channel, a waterway connecting Mombasa island and the mainland side of Likoni.

This secret deal has monopolized payment services at the public body in favour of a privately-owned telecommunication company. Safaricom’s private shares stand at 40 per cent—35 per cent owned by South Africa’s Vodacom and five per cent by British’s Vodafone. Kenya government controls a 35 per cent stake. There’s a 25 per cent free float.

The process to award Safaricom the deal remains unaccountable, opaque, and shrouded in secrecy, yet the company continues to rake in millions of shillings monthly. Safaricom earns a minimum of Sh8 and a maximum of about Sh100 per toll, depending on the size and weight of the vehicle crossing the Likoni channel. At least 6,000 motorists use the channel daily, KFS data shows. It means more than 816,000 crossings have occurred since KFS imposed the system on October 8, 2020. And this not to mention the numbers of motorbike riders and handcart pushers who have used the channel since.

KFS has kept the public in the dark about the deal’s details. The entity infringes on the right to access information, equality, consumer choice, and freedom from discrimination.

But despite Kenya having four mobile network operators, some with mobile money service like Safaricom, KFS continues to discriminate subscribers of other telcos–Airtel Kenya, Telkom Kenya, and Jamii Telecommunication Ltd.

KFS has placed no remedy to cushion against the adverse effect of its e-system. Many non-M-Pesa ferry users are being turned away and denied crucial service. KFS is not taking hard currency.

Likoni channel remains the most preferred route between Mombasa island, a business hub, and the mainland side of Likoni, a mostly residential area. The Indian Ocean connects these areas by a 500-meter distance, making it the cheapest, fastest, and shortest course.

An alternative route, a road through Kwale town, is 30-kilometre-long and gobbles-up costly fuel than a toll across the Likoni channel. Further, the Sh28 billion Dongo Kundu bypass—under the second phase of construction as of January 28, 2021—will connect Mombasa island to Likoni by 17 kilometres.

KFS-Safaricom deal, effected on October 8, 2020, violated the rights of consumer equity services. It lacked public input, too. That month, MUHURI wrote to KFS urging a non-discriminatory e-payment system. KFS did not respond or act.

And on the morning of February 18, 2021, four months later, MUHURI chairman Khelef Khalifa and rapid response officer Francis Auma staged a peaceful protest at the channel’s island side. They called for the revocation of a discriminatory system. They urged structured public participation for a new inclusive system. Hundreds of motorists were in support.

KFS has kept the public in the dark about the deal’s details. The entity infringes on the right to access information, equality, consumer choice, and freedom from discrimination.

The demo led to their detention at Likoni Ferry police station and subsequent arraignment over trumped-up charges of causing disturbance and obstruction. A brutal response from security officers preceded this arrest. 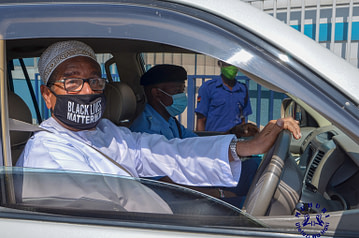 The pair got arraigned before magistrate Rita Amwayi on February 19, 2020, where the state prosecutor charged them with creating disturbance. But they denied it because they demonstrated peaceably and unarmed. Amwayi released each on Sh20,000 cash bail and set the hearing on May 4. 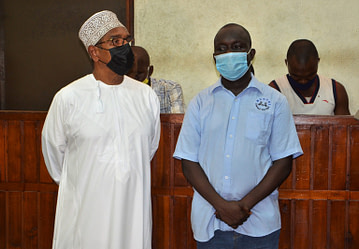 But police forcibly arrested the duo again, just under 30 seconds after the court freed them at 11:40 am. This arrest still arose from the peaceful demo at the Likoni channel, which wanted to overturn the discriminative e-payment system.

Cops pounced and shooed Khalifa and Auma from court corridors to the tent guarded by several detectives. The rearrest, an afront to their right to protest, attracted massive condemnation. Calls for police accountability raged.

The police arraigned them before Mombasa Resident Magistrate Christine Ogweno, and for the first time, revealed they faced an alleged traffic offence—causing an obstruction. Khalifa and Auima denied, and the court released each on Sh10,000 cash bail. The hearing is on March 9. 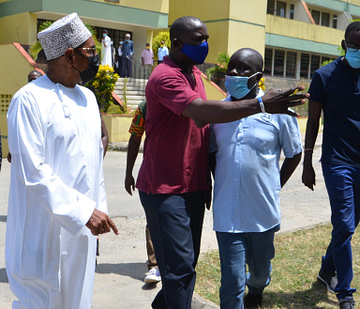 Kenya Insights allows guest blogging, if you want to be published on Kenya’s most authoritative and accurate blog, have an expose, news TIPS, story angles, human interest stories, drop us an email on [email protected] or via Telegram
Related Content:  How The Blacklisted China Communication And Constructions Company(CCCC) Bulldozed Themselves Into A KPA Inflated Tender Of Sh40B From Sh12B
Related Topics:
Up Next