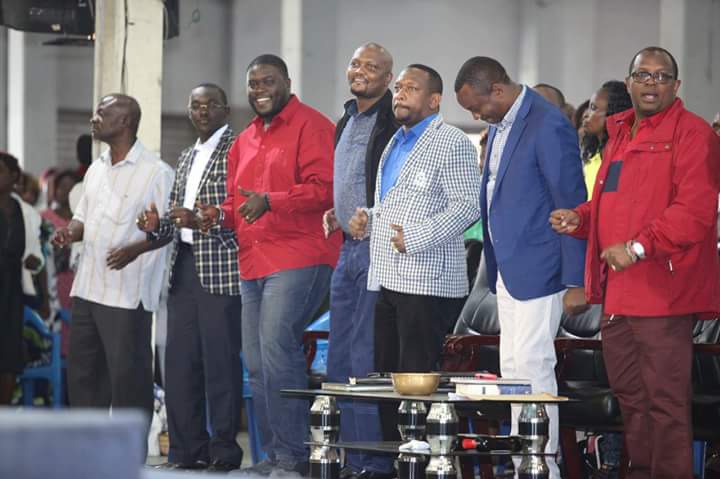 By Nicholas Olambo
Statistics indicate that 65% of the African population is below the age of 35% years making African the most youthful continent in the world. The youth and women are still poorly represented in the elective positions, but it is not just the system to blame, most influential young people who should champion the youth agenda have allowed themselves to be bought and pocketed by the old and traditional politicians.
Kenya is headed for elections in six months, the second under the new constitution that was promulgated in 2010. The new constitution has a place for the youth, women and the disabled. With all these provisions, Kenya is still deliberately struggling to achieve gender parity, and decisively have a place for the youth and the disabled.

This will not be achieved if the youth still choose to remain ignorant of the provisions of the constitution and remain vanguards and political cards for the old and monied political players. Only Boniface Mwangi, a multi-award winning photojournalist and a renowned human rights activist is voicing the youth agenda to a scale that can be heard by all.
Mr. Mwangi is now eying the Starehe constituency seat as an independent candidate in his new push to speak for the youth in the August house. The Starehe seat has also attracted other young aspirants, ODM’s Steve Mbogo and musician Charles Njagua aka Jaguar. Jaguar is rumored to be eying the same seat through a Jubilee Party ticket, but a million questions surround his level of education. Its doubted if the Kigeu geu hitmaker has a College/University degree as required by the law to run for a parliamentary seat but he is a darling to the ruling regime.

Other than corruption and development, there is no major political party or coalition with a clear positive argument on youth and women agenda towards the coming polls in August. Jaguar rose to fame through his Kigeu geu hit which talked about bad governance, he was later pocketed by politicians and later appointed to the NACADA Board amid rumors that the flashy musician was a drug peddler.

Traditional players still run the show and call shots in Kenyan politics. The would be Third Force Alliance led by city lawyer Ekuro Okot went to sleep soon after it’s birth, any possibly rising young champion is ‘bought’ by the traditional politician or frustrated by numerous arrests, death threats or court cases only Mwangi has survived.

No woman is at the frontline fighting for their colleagues, women like Charity Ngilu who had made a name as top female politicians soaked their resumes. Ngilu was the first woman to run for the presidency, challenging Daniel Moi in 1997. Her stature as a national politician is now all turned after her short stint in the Jubilee administration was brought down by corruption allegations.

The other national female politician would be Martha Karua, but she has since gone back tribal backyard in a simple arithmetic to secure a political future at least. She is eying Kirinyaga gubernatorial seat. When officially launching her quest last year, Karua endorsed President Uhuru for a second term. The same person she challenged in 2013 and continuously accused of running the most corrupt administration since independence.

When it can be argued that women have no equal chances of running for elective positions as men, the ground is not only tilted in terms political capital. The new constitution created seats reserved only for women (Women Representatives) in parliament from all the 47 counties. Nearly all the women elected to these positions forgot their roles and became sycophants to party chiefs. With this continuing trend, gender parity and proper representation of the youth will not be realized with the persisting ignorance and sycophancy by both women and the youth.

Related Content:  Caution: Why You Should Confirm With Safaricom If Your ID Has Been Registered With Different Number
Kenya Insights allows guest blogging, if you want to be published on Kenya’s most authoritative and accurate blog, have an expose, news TIPS, story angles, human interest stories, drop us an email on [email protected] or via Telegram
Related Topics:
Up Next

Deputy President William Ruto Is A Man Fighting For His Life