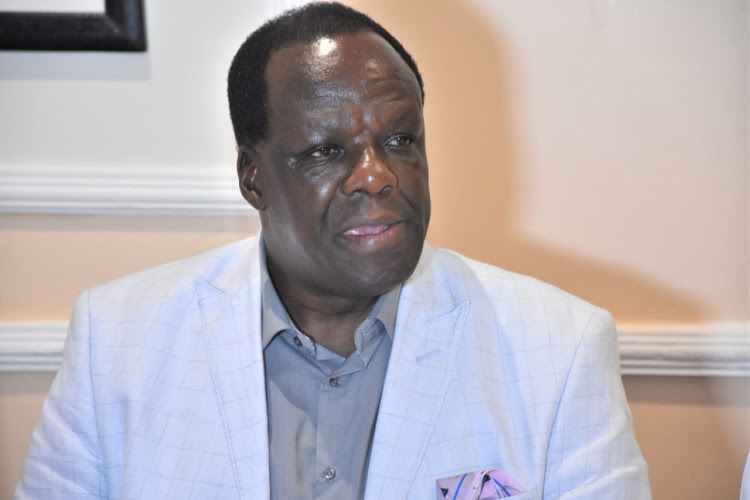 Kakamega Governor Wycliffe Oparanya is on the Ethics and Anti-Corruption Commission radar as the antigraft agency investigates into a corrupt deal that saw him acquire a Kisumu Hotel at a cost of Sh250 million.

According to EACC report seen by the media, the graft watchdog is probing into allegations that Oparanya used public funds believed to have been embezzled from the county government of Kakamega buy St John Manor hotel in Kisumu city.

The hotel is the preferred choice for nearly all governors from the Lake Basin Region when holding meetings in Kisumu and costs between Sh6,000-Sh9000 a room per night.

In his defense, the Council of Governors has said that EACC’s probe is a waste of time because he neither owns the hotel nor does he have any interest in the facility.

“I don’t own that hotel and I have never owned it. If they want to investigate, let them go and do so. There is nothing wrong with me owning a hotel. Even if I owned it, I would gladly say so. What is wrong with owning a hotel?” Oparanya told the media

Oparanya has been receiving immense compliments for initiating far-reaching reforms when he served as minister for National Planning during the grand coalition government and his currently impressive development record in Kakamega could hit an anti-climax with this anti-corruption purge.

The western’s hardcore ODMer who is also ODM deputy party leader is planning to vie for President in 2022 and him being on the growing list of county head under the EACC radar for corruption could knock his presidential ambitions off.

A new ruling barring governor charged for graft from stepping into office is causing sleepless nights to the county bosses. Kiambu governor Ferdinand Waititu and Moses Lenolkulal of Samburu County have been blocked by the court order from accessing their offices after they were charged over corruption.

Other governors whose hope to finish their term remain dangling include Sospeter Ojaamong of Busia County and Migori’s Okoth Obado who are facing corruption and murder charges respectively.

Justice Ngugi in June this year ruled that Governors, just like other civil servants, should stay away from the office until their cases are heard and determined. But governors, through Oparanya had protested the verdict saying it was a recipe for chaos at the counties since it conflicts the law on the removal of governors from office.

“The council of governors calls for respect for existing laws and laid down legal procedures. Arraigning a governor and denying him access to county offices will only emotionally charge the public,” Oparanya said last week at a press conference.

According to the EACC report, the anti-graft agency is also investigating the managing director of Meru County Investment and Development Corporation over Sh20 million that was swindled during the refurbishment of the Meru County Hotel in 2016.

The 3-decade-old hotel had been taken over by the county in 2016, three years after its management collapsed, as part of former governor Peter Munya’s strategy to boost hospitality and conference tourism in the region. According to the documents, the hotel was to be expanded into a three-star category that entails a swimming pool, a physical fitness center, 150-seater conference hall among other facilities.

Related Content:  Possible Implications On Burundi Pulling Out Of ICC And Lessons From Kenya

When the current governor Kiraitu Murungi took over the reins of power in 2017, he shelved the hotel idea and announced the conversion of the Hotel into an office space. Murungi had said the county would then pay rent to the MCDIC in what would cut the annual rent expenditure for the county from Sh18 million to Sh10 million.

The list is endless as the EACC sleuths are also on the neck of Mandera County Governor Ali Roba, who according to the commission is under probe over Sh242 million allegedly embezzled during the construction of an abattoir in Mandera town and a further Sh 270 million meant for the construction of a regional livestock market.

Hassan Joho is also on the watched and wanted corrupt governors list as his Mombasa County government is being investigated over dubious payments to a law firm and other five private companies that saw Sh 239 million embezzled.

In Nairobi, individuals serving in Mike Sonko-led administration are under probe for fraud in inconsistent and exaggerated payments made to proxies amounting Sh 858 million.

Kenya Insights allows guest blogging, if you want to be published on Kenya’s most authoritative and accurate blog, have an expose, news, story angles, human interest stories, drop us an email on tips.kenyainsights@gmail.com or via Telegram
Related Topics:EACCKakamega CountyOparanya
Up Next