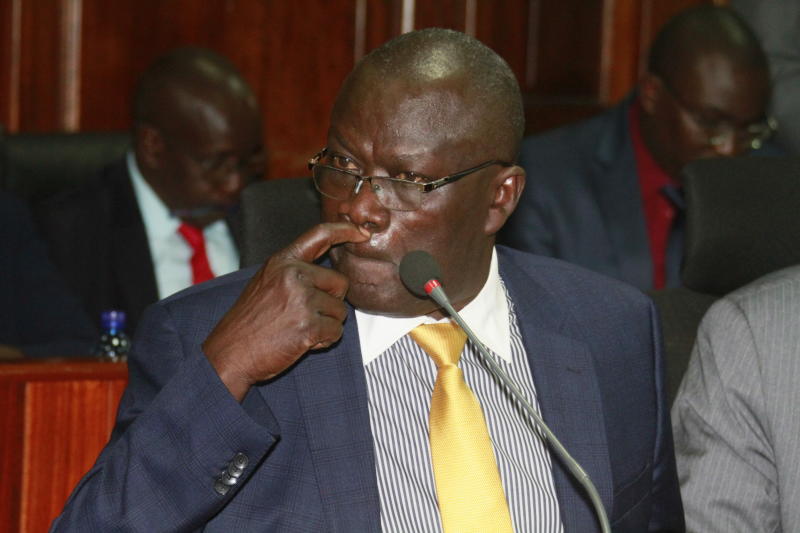 The deeply rooted cartel that has been looting from the coffers of Siaya County since 2013 have diversified their tact from breaching procurement regulations, quoting hiked prices and use of proxy companies to stealing staff pension funds, National Social Security Fund and National Hospital Insurance Fund statutory deductions.

The new theft was first exposed by Asembo West MCA Ambrose Akuno when LapFund demanded notes made public by as NHIF struggled to trace Sh1 billion that was deducted from the staff payments but not been remitted for a year now.

MCA Akuno who spoke through a local FM station also revealed that the cartel is run by rogue chief executive committee members who have bought off corrupt MCAs to let them loot. Many MCAs including Akuno were paid some 150k bribe to conceal the Sh 600 million theft.

The revelations which came barely three weeks since the Directorate of Criminal Investigations ordered the finance department to avail them the records of key accountants from the department who are suspended for stealing county funds has also exposed the rotten theft in Governor Cornell Rasanga’s administration.

The looting is presided over by finance chief officer Dennis Nyonje who swindled Sh600 million through fake allowances to rogue staff members in their looting ring. The hefty allowances are deducted but never remitted just like a portion of the Sh600 million loot which was paid out as bogus allowances to corrupt staffers who were used to pass the money to the accountants for kickbacks.

Most of the accountants them invested their kickbacks in tippers, bulldozers and excavators with the plan to out to road contractors who beg for tenders at the county offices. The investments that don’t much their small salaries has raised eyebrows over the source of the overnight wealth.

Related Content:  Mysteries of McKinsey & Company, the firm Kenya Power Intended to Hire as Management Consultant and why it flopped.

Ugunja MP Opiyo Wandayi who is waiting for the endorsement by ODM leader Raila Odinga to go for the Siaya gubernatorial seat also added that corruption is rampant at the finance office. Opiyo who chairs public accounts committee at the national assembly also complained that one of the biggest beneficiaries of Covid-19 stolen billions wants to oust him in Ugunja.

But Nyony’e scheme was exposed by a contractor whom he used and dumped not knowing he was playing a well connected dirty fellow who is working for Rasanga who throws him lucrative tenders for huge kickbacks. The man is part of the powerful cartel that is estimated to have looted close to Sh8 billion since the onset of devolved units in 2013.

Kenya Insights allows guest blogging, if you want to be published on Kenya’s most authoritative and accurate blog, have an expose, news TIPS, story angles, human interest stories, drop us an email on [email protected] or via Telegram
Related Topics:Cornell RasangaCorruption in SiayaDirectorate of Criminal Investigations (DCI)EACCSiaya county
Up Next