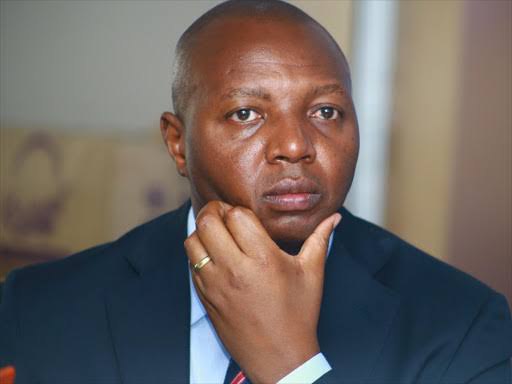 “The file was handed over to me. We are looking at it and if satisfied as ODPP we will proceed,” Mr Haji said.

Yesterday, Monday, all KPA Board members were summoned at the DCI Headquarters for questioning in a probe of flawed tenders worth sh2.7 billion. Board chair Joseph Kibwana was the only one absent.

The DCI probe revealed differences between the board and corrupt managing director and DP Ruto’s alleged ally Daniel Manduku emerged after he claimed that his signatures were forged.

For starters, Here is why cartel leader and guru rather mastermind behind KPA heist Daniel Manduku is in quandary.

Kenya Railways Corporation MD Philip Mainga was also quizzed over the Makongeni yard, which KPA had intended to buy but the deal never materialised yet KPA went ahead used  Sh500 million—from ICDN funds—for the development of the same yard.

In May this year, EACC and DCI launched inquiries over the fraudulent awarding of a Sh40 billion Kipevu Oil Terminal project. According to the investigative agencies, the tender was awarded to a blacklisted Chinese firm in October 2018.

Related Content:  Urithi Housing Troubles Pilling As Victims Exposes Them Over Fraud
Kenya Insights allows guest blogging, if you want to be published on Kenya’s most authoritative and accurate blog, have an expose, news TIPS, story angles, human interest stories, drop us an email on tips.kenyainsights@gmail.com or via Telegram
Related Topics:Daniel mandukuDCIDPPEACCKPAWilliam Ruto
Up Next