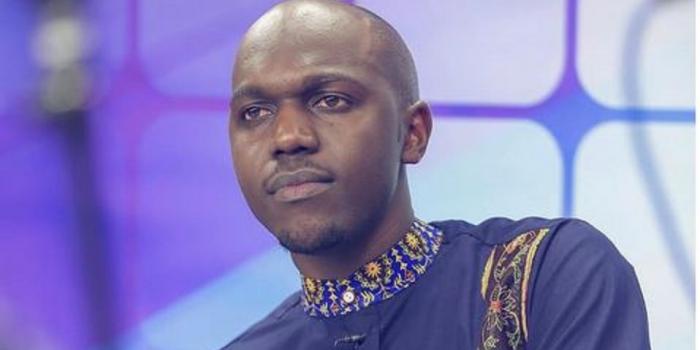 The Trend’s Larry Madowo is a man living in panic following court verdict that could see him sent behind bars after the 16th Dec hearing or hefty fine on a defamation case lodged against himby blogger Cyprian Nyakundi.

The fierce battle between the two started way back last year when in his blog, Madowo accused Nyakundi of having attempted to extort 50M from Bidco, a company the blogger had extensively exposed it’s atrocities especially in Uganda where palm tree farmers were displaced under land grabbing circumstances by the Vimal Shah’s owned company.

What started as tweet battle has escalated into a huge trouble for the journalist who has not only and desperately failed to ascertain the claims he made against Nyakundi on the blog but the company he was defending in his article has since been red flagged by UNDP following investigation results that showed Bidco was extensively involved in serious industrial and human rights violations in Uganda . The same issues that the blogger wrote about have been affirmed by UNDP investigations going further step to discredit Madowo’s ink while the blogger walks exonerated.

A court in Nairobi has passed a judgment that Madowo faced civil jail or fine in a ruling that is due later this month on the 16th. Knowing the seriousness it comes with, Madowo has rushed to the court to appeal the decision made that has thrown him out of frying pan all the way deep into the fire bed.

Madowo’s predicaments are self made and a result of hear say journalism that has engulfed the journalism field in Kenya . With a big platform as NMG, it’s only professional and responsible for journalists to do proper background on stories before they write to avoid such avoidable law suits . Behind keyboard journalism is costly and had seen the rise of fake news by barely baked journalists churning gibberish news to the consumers. As a whip on yellow journalism and journalists for hire , the courts should deal a major blow to the journalist hopefully .

Related Content:  Pewin Cab CEO Justus Kirigua Muriithi Stole Sh24M From The IAAF Under-18 World Youth Championships in Nairobi Where Sh1.7B Can’t Be Accounted For By Auditor
Kenya Insights allows guest blogging, if you want to be published on Kenya’s most authoritative and accurate blog, have an expose, news TIPS, story angles, human interest stories, drop us an email on [email protected] or via Telegram
Related Topics:
Up Next

Governor Isaac Rutto Assaults Women Doctors, Brandishing His Gun When He Stormed In Their Meeting, Bomet