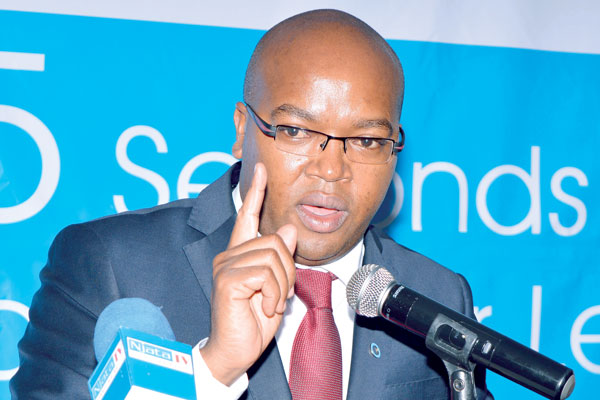 The stalemate between the government and the striking doctors seem to move from bad to worse as details emerges that the Doctors council are facing serious threats on their lives from state officials as a tactic to coerce them into calling off the strike that is on its third day consecutive with cosmetic negotiations put up by the government.

Information gathered by Kenya Insights from key players in the negotiations process point at an ugly and uncouth crisis management . KMPDU council are facing threats of physical violence. To the point that they fear for their lives should they fail to call off the strike by the end of the day. Kenya Insights gathers that the officials  are being followed around town by cops in private vehicles, and also getting phone calls from Joseph Kinyua. The inclusion of Eric Kiraithe in the negotiations between KMPDU and Afya house is part of the larger threatening tactic.

So far it is Afya House that has been avoiding negotiations, postponing meetings while claiming the doctors don’t want to negotiate, they even don’t turn up at all. Yesterday they pushed the meetings till afternoon and even after that they were unwilling to negotiate. Today the KMPDU council has been told by Kinyua that he expects the issues to be resolved.

But at the same time Muraguri the health PS is making threats and claiming he can support the KMPDU’s chairman bid for Senate seat which can easily be read as a bribery motive. Yesterday,  the Secretary General was followed around town for hours soon after his interview on Citizen.

Related Content:  Report Reveals How Government Is Using Safaricom For Mass Surveillance On Kenyans And Intent To Shut Down The Internet During Elections

The pressure to end the strike is from highest echelons including Joseph Kinyua of statehouse but Afya House is refusing to accept CBA and is also sabotaging their own negotiation talks while making overt threats and physically following the doctors around.

Yet another coercion mails sent to the striking doctors from state officials.

Muraguri who now exhibits toxic psychotic behaviour of issuing threats around is worrying for a state official and should be kept at the furthest distance from any public office. Barely weeks have passed since Muraguri was in the headlines for making threats to a Daily Nation journalist who was following up on a graft story at the Afya House where 5B had questions raised on.

President Kenyatta needs to fire the PS for lacking the ethics of a public servant and being a key factor behind the Strike stalemate as well as being responsible for the lack of accountability in the missing 5bn of ministry funds.

With escapism taking center stage , distorted facts have been doing rounds on the stalemate . Here are some of the points to note down:

1) 2011 December, the doctors’ union (KMPDU) called for a strike citing various challenges in the health sector including but not limited to the working conditions of doctors.

2) 2011 December a committee was formed chaired by the then Minister for Finance (now our president Uhuru Kenyatta). It was agreed that their grievances were valid. Some concessions were given in the Return to Work Formula with the promise that further discussions between various sectors (Ministry of Health, Public Service Commission, Salary review commission and the union) would work out a longer term plan that will address human resource issues in the health sector particularly touching on doctors.

3) After long drawn out discussions in 2013 June, a Collective Bargaining Agreement (CBA) was signed by the then PS for Health (Mr Mark Bor) and the union that discussed amongst others, how doctors were graded in the public service scheme, promotions, training, disciplinary actions, grievances, transfers between counties and central government, research fund for enhancing medicine, postgraduate training, internship postings, working hours for doctors etc. It actions nelson provided a scheme of service that was a revision of the current one that dates 1994!

4) Under the labour laws, it is the responsibility of the employer (in this case the Ministry of Health) to file the CBA with the Industrial court for implementation.

5) Since 2013, the union has been given the run around by the Ministry of Health regarding them implementation of the legally binding document. The SRC was mandated to advise the Ministry of Health on the proposed salaries from the union. They have never done so. The union also wrote to the Labour Ministry citing the above matters but no response was received.
The Public Service Commission in May 2016 also approved the much needed Scheme of Service for doctors. The Ministry of health to date has never gazetted it.

6) After much frustration, the union went to court in 2015. One year later October 2016, the court issued a ruling upholding the legality of the CBA. Apparently, the Ministry of health were denying that they were party to it. The court ordered the concerned parties to iron out the contentious issues within 30 days. After the days elapsed without any progress, the SRC requested for an additional 15 days which were granted. The discussions were not held.

7) In November 2016, the union, under the protection of the constitution (which is above all laws) filed a 21 day notice for a countrywide strike. The notice ended on 4th December 2016. The strike commenced on 5th December 2016 affecting all public health institutions and supported by all doctors irrespective of their work stations.
The CoG went went to court to render the strike illegal. The ruling of this second court bears no weight as the constitution of Kenya protects and gives the right to go on strike once due process process is followed.

8. The Union will take NOTHING less than the CBA and the Salaries in the CBA MUST be implemented and Backdated from 1/7/2013. And any talks can only be on how to adjust the Figures for INFLATION and LOSS OF TIME.

As ancient tactics of back to work checks in, Muraguri and his counterparts need to know  Kenyans cannot be threatened into working for this government and the doctors should consider mass resignation. They are not SLAVES.