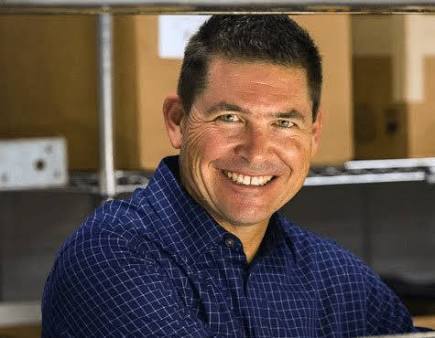 President Donald Trump on Wednesday nominated state Sen. Kyle McCarter of downstate Lebanon to be an ambassador to Kenya, according to a press release from Whitehouse, the southern Illinois legislator’s long history with a charity with ties to the African nation has been cited giving him the upper hand.

McCarter replaces Amb. Godec. In his tenure, Godec has been faced with harsh criticism especially during the electioneering period where the opposition accused him of being aligned and supporting the Kenyatta’s regime claims that were mostly unsubstantiated and influenced by emotions. The opposition leader, Raila Odinga recently met with the Ambassador in a show of unity that the country is experiencing following the handshake between him and president Uhuru. The ambassador is also credited for having role played in bringing together the two politicians to the table following a lengthy political standoff.

Godec’s appointment was to end last year, he’s been in Kenya now for six years, currently the longest serving US Ambassador to Kenya if not the world, he is a career diplomat and not a political appointee. 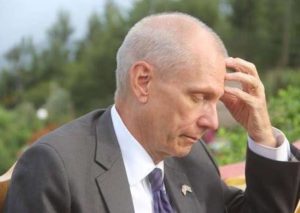 In a letter sent to the White House in his support, the congressional delegation described McCarter as someone who has experience on the ground in Kenya, saying as ambassador, McCarter will being “reforms of USAID spending, including curtailing waste, fraud, and abuse within the program.”

“His experience on the ground in Kenya has provided him heightened insight into the governmental operations and other political, economic, and social realities of both Kenya and the larger region of East Africa…. He recognizes the strategic value of Kenya as a partner for American counter-intelligence as the country has close proximity to Somalia and Sudan, whose actions must be continuously monitored. Sen. McCarter also understands the volatile political system in Kenya and the value of a strong American presence to support fair elections is important while maintaining overall U.S. neutrality with the various Kenyan political parties and tribes,” reads in part the recommendation letter by the Illinois Republican delegation.

Honor to be asked to represent Pres Trump & USA in country I have lived & served. Look forward to closer relationship benefiting both our nations. Bittersweet. preparing for funeral of my father. Left legacy of honoring God, serving others & saving lives of children in Kenya

The recommendation letter also says Both Kyle and Victoria McCarter can communicate in Swahili and are taking continuing education to become fluent speakers of the language.

Related Content:  Washington Post’s Feminist Journalist Who Posted Kobe Bryant Rape Case After His Death Suspended
Kenya Insights allows guest blogging, if you want to be published on Kenya’s most authoritative and accurate blog, have an expose, news TIPS, story angles, human interest stories, drop us an email on [email protected] or via Telegram
Related Topics:
Up Next

Man Receives Sh40,000 Mistakenly Sent To Him Via M-Pesa, What He Did Next Was Unexpected Honesty has become