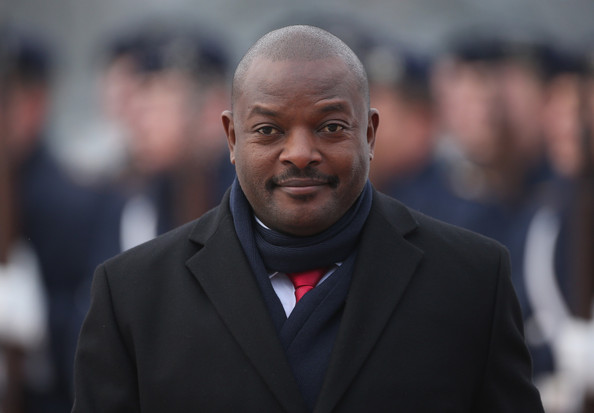 By Nicholas Olambo
The government of Burundi has said the country is pulling out of the International Criminal Court (ICC) and ‘they’ are ready to face the impacts of withdrawing. The cabinet announcement came six months after the court’s Chief Prosecutor, Fatou Bensouda, indicated she would investigate the unending violence.

Political turmoil erupted in Burundi in April 2015 when President Pierre Nkurunzinza indicated his bid for a third term. The violence has seen hundreds killed with thousands fleeing to seek refuge in neighboring countries like Rwanda. President Paul Kagame (Rwanda) is on record requesting Pierre to stop producing more refugees.

The mantra that only Africa has the solution to its problems is a loose narrative that does not work for the civilians. The African Union whose body language supports the withdrawal of many African states from the Rome Statute has let Burundi down. AU chose to send peace delegation over peace troops to Burundi for mere threats from Pierre Nkurunzinza. How would his small force defeat over 50 nations?

AU, under its charter, has the power to intervene in a member state because of grave circumstances as war crimes, genocide and crimes against humanity without that member’s consent. AU chose to sit back and watch the unrest tear the small country into pieces stalling the idea of African solutions to African problems.

AU failed miserably to assert itself and cut a clear difference from what is was before, the lethargic Organization of African Union. Sending troops to Burundi was the opportunity to do that, but it chose to row back. The choice favored Pierre who was against the deployment of peace troops.

It’s the fault of Africa and AU to produce many ‘materials’ for the court, Pierre’s greed to force himself for a third term after intimidating the judges of the constitutional court to rule in his favor resulted into what can only be tried at the ICC. Ordinary Burundians have suffered and still continue to suffer under the watch of AU, a replica of the same is taking root in Congo but does AU care?

It will watch in silence but put every pressure to support a withdrawal of member countries and suspects at the court. The court was under intense pressure from AU over cases against President Kenyatta and his deputy, William Ruto for their alleged in 2007/8 post poll chaos.

AU has shown and will still demonstrate that it stands for the ruling African elites only and has nothing in favor of the ordinary African. Hundreds of ordinary Burundians are suffering under its watch; the same is the case in Congo and the Oromos in Ethiopia.
Burundi’s withdrawal from ICC is not in the best interest of the country but one individual, Nkurunzina who knows that he will be declared a wanted man by The Hague-based court sooner or later to answer to charges of war crimes, genocide, forcible transfer of population and crimes against humanity. He has chosen to take a path already supported by AU to insulate himself.

Kenya Insights allows guest blogging, if you want to be published on Kenya’s most authoritative and accurate blog, have an expose, news TIPS, story angles, human interest stories, drop us an email on [email protected] or via Telegram
Related Content:  Ezekiel Mutua Suddenly Loves A Gay Man
Related Topics:BurundiCorruptionEACCICCNicholas OlamboOpinion
Up Next