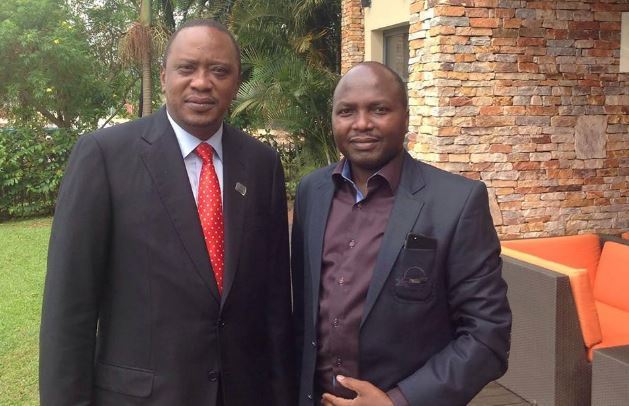 The monumental political changes in our Country invites me to share my thoughts with my people, the Kalenjin Nation. I know that my long support for Raila Odinga is an exciting topical issue in Kalenjin Facebook and WhatsApp Groups. I ask those trolling me to take a momentary break and hear me. You can resume your trolling after.

I grew up in Cheptongei, the most beautiful village in Kalenjin Nation. Whilst running up and down barefoot in then muddy road, our small farm with a big mud house in the middle had pyrethrum, vegetables, maize and we had three or four dairy cows. We sold our farm products to Cheptongei Co-operative Society. Then as I was turning teenage, everything started collapsing. And our Co-op Society closed. Will come to it later.

At the turn of my teenage, along with other teenagers, we went to the river and immersed ourselves upto our necks in its chilling waters from 4am. When the sun broke through the skies, the traditional Circumciser initiated us into manhood. And for the next three weeks, we lived in the forest being imbibed with ancient Kalenjin traditions and folklore. Part of our learning there is respect of traditions and societal hierarchy. I have sacred and secret marks on my body that only a true Kalenjin initiate can spot. When it comes to being a true Kalenjin, only few can hold a candle to me.

From the time I went to High School till now, I saw Kalenjin Economy hollowed out. Our Maize, Wheat, Dairy and Horticulture got destroyed. Our Co-op never re-opened its doors. I thought that from 2013, with young crop of Senators and MPs and Kalenjins being in charge of key Ministries including Finance, Agriculture and Energy, we will revive our economy. Infact, the opposite happened. These young Politicians, Ministers and PSes begun a journey of self aggrandizing and forgot our people. By and large, our Economy is destroyed. These Ministers, PSes and Politicians became so rich in few years as our people went up in the poverty index.

Related Content:  Let’s Perfect Our Union By Allowing For Respectful Debate Of Our Ideas

I met the Deputy President in 1992 when I was in Kenya School of Law. Victor Kebenei, now Deceased, who introduced him to Cyrus Jirongo and into political stardom had a child with my cousin. Victor introduced me to the DP. We have known each other since then. We have broken bread many times in many places. I have undertaken tasks for him that will never be matched by all those now claiming to be close to him. I believed in him. He was my friend. He still is, I hope.

My paths with DP parted when he refused to support the Handshake and to recognize Baba as the President’s Brother. As a Seminary student and pedigree Roman Catholic, I believe in the Bible as the word of God. The Bible and especially the Books of Samuel teaches us importance of loyalty to national leaders at the pain of God’s curse for disloyalty. I chose to cast my lot with the President.

History gives us examples of Nations or people destroyed for stupidity and intransigence. In 73AD, a group of Jewish Zealots in Masada stood up against the mighty Roman Empire. Thry were all destroyed including their dogs and cats. Kalenjin Nation must not suffer from Masada Complex. It should not be cultic. Kalenjins don’t commit suicide.

Kalenjin Nation Economy is destroyed. Our athletes are dopping. Instead of working with the Government to fix our Economy and Sports, we are fighting it. Instead of fighting for our Wheat, Maize, Dairy and Horticulture to be revived, we are showing the middle finger to the Government. And against our traditions, we cheer our Senators and MPs ridiculing the President and CS,king him names. We cried when people threw mud at President Daniel Arap Moi. Why are we throwing mud at Uhuru Kenyatta?

President Uhuru Kenyatta is taking back full reins of power. He is implementing what all ancient and modern political writers have written. From Ancient Athens through Renaissance Period upto now, Great Thinkers have advised that power is TOTAL and NOT SHARED. Uhuru is taking back all his powers. He will delegate it only to those who will channel his sole authority. There will be no room for disloyalty.

Kalenjins have a choice. To focus on the now and support the Government or with delusion focus on 2022 and cross a raging river with no bridge.

I choose to support the President and his agenda. I remain a Kalenjin by birth and initiation. I offer no apologies.

Why Magufuli Is Not As Reckless As Everyone Thinks

Wehliye: How The Goverment, CBK And Commercial Banks Working Together Can Salvage The Economy From Covid-19 Pandemic