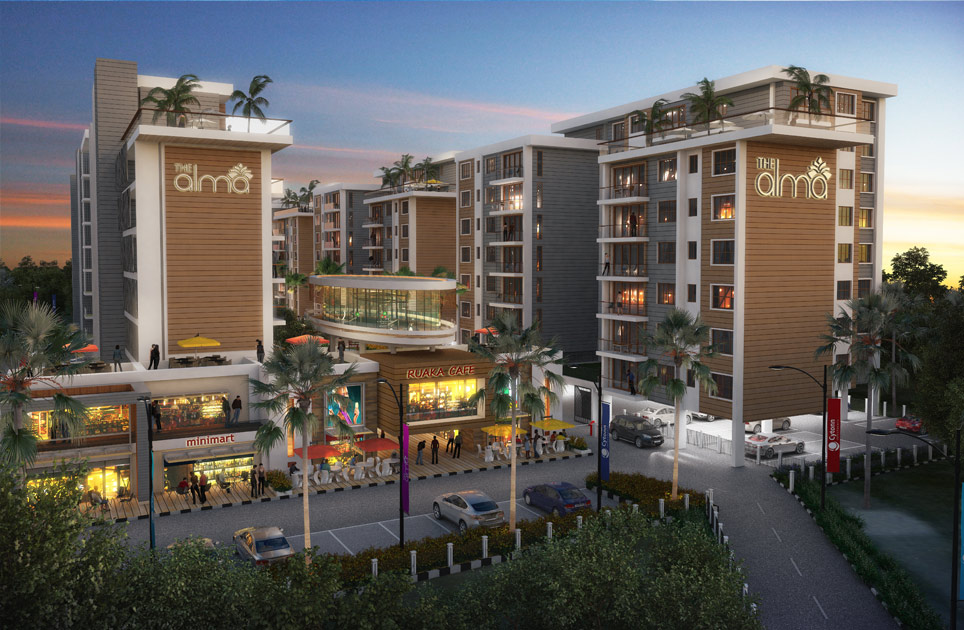 Cytonn Real Estate, the development affiliate of Cytonn Investments is on the cusp of delivering Phase 1 of its second project, The Alma in Ruaka. The first was Amara Ridge in Karen, whose 10 houses were all sold and handed over. The Alma has a staggering 477 apartments, a mix of 1, 2 and 3 bedroom units. If you think about it, these are two totally different projects. Amara’s 5-bedroom maisonettes in the exclusive Karen neighbourhood seem a far cry from The Alma’s apartment setup in the booming Ruaka metropolis.

So, why Ruaka? More pertinently, why The Alma?

Just a decade ago, Ruaka was only a sleepy town in Kiambutown. However, it grew very fast due to certain key factors. In 2003, the U.S. Embassy moved to Gigiri, just a stone’s throw from Ruaka. The additional presence of the Canadian High Commission and the UNEP headquarters meant that the town fell within a diplomatic blue zone, heightening security in the region. Another factor was its closeness to the exclusive Runda area as well as the presence of international schools like Braeburn, Rosslyn Academy and Broookhouse, which also spurred the growth of Ruaka as more middle–class and high net worth families were settling in the area. Lastly, the construction of Two Rivers Mall, the biggest in East and Central Africa, right at the heart of Ruaka, cemented its position as an upwardly mobile area. 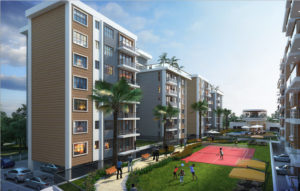 A view of Alma.

As a result, the once nondescript town quickly became one of the most sought after residential addresses in the outskirts of Nairobi. Land owners and investors saw (and continue to see) massive returns as the value of their properties skyrocketed. One peculiar thing about Ruaka was that houses were always in high demand. Cytonn noticed that even when the appetite for homes decreased in other growing towns, occupancy in Ruaka stood at about 96%, a rare phenomenon. Another thing that grabbed the attention of the real estate firm was that, while there were hundreds of apartment buildings in the area, there weren’t enough good quality ones to meet the demands of the middle class clientele. This was what led to the conception of The Alma.

From the beginning, Cytonn Real Estate wanted to set up a self-sustaining, mixed use development that catered to all the needs of its residents. Essentially, this project would create a live, work and play environment for anyone who lived there. The list of amenities offered is impressive, especially when you consider that the units are affordable and the prices fallwell within the market standard. The most attractive feature is a retail centre within the project, with space for several different stores and businesses, meaning that those living there will not have to leave the development to access much needed services. 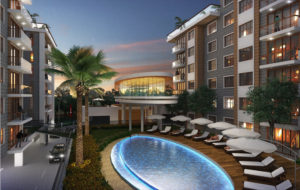 Aside from that, The Alma is designed with families in mind. The project has a nursery school in the premises to ensure that the young ones have a world class start to their education in a safe and secure environment. Additionally, there are elevated playgrounds for the children to play in, socialize and get some exercise in a controlled environment, away from strangers, unsafe roads and all other dangers.

To wind up the list of amenities is a well-equipped gym, swimming pool, parking bay, back-up generators, monitored CCTV, and high speed lifts for each block. Added to the exquisite interiors of each unit, The Alma becomes a must have for any discerning homebuyer or investor, a fact that is supported by hard data.

The earliest buyers of The Alma – those who invested when the project broke ground in 2016 – have already achieved 55% capital appreciation, and this is expected to grow further when Phase 1 is handed over at the end of June this year. Furthermore, Phase 1 is already 96% sold, with only a few units remaining. Clearly, people have begun to notice what Cytonn envisioned all those years ago: that there will always be a market for quality yet affordable housing, if it’s built in the right area and has all the right amenities.

Kenya Insights allows guest blogging, if you want to be published on Kenya’s most authoritative and accurate blog, have an expose, news TIPS, story angles, human interest stories, drop us an email on [email protected] or via Telegram
Related Content:  The U.S Government Says Nairobi-Mombasa Expressway Will Not Cripple Kenya With Debt
Related Topics:
Up Next

Urithi Housing Troubles Pilling As Victims Exposes Them Over Fraud