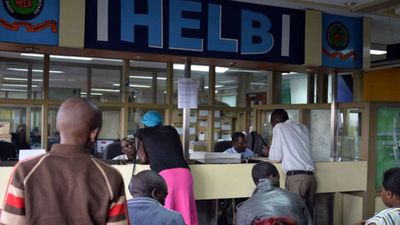 The High Court has ruled that interest, penalties or fines imposed by the Higher Education Loans Board and which exceed the principal amount is unconstitutional.

Justice Alfred Mabeya declared that fines imposed by the board that exceed the principal amount is in contravention of article 43(1)(e) and (f) and article 27 of the constitution.

The judge further declared that section 15(2) of the HELB Act is unconstitutional to the extent that it leads to interest rates and fines becoming more than the principal amount advanced.

The judge further ruled that HELB is not entitled to recover from the petitioners former students including Ann Mugure, Davis Nguthu and Wangui Wachira, stating that the amount exceeding double the amount advanced to be in contravention of the in duplum rule.

The former students moved to court arguing that they borrowed loans from HELB to advance their undergraduate studies.

They argued that on 19th November 2020, HELB through their twitter handle threatened to publish the names and photos in the newspaper of defaulters since 1975 and issued a 30 days repayment notice.

The three argued that the debt had doubled the principal amount and that the interest rates and penalties were exorbitant and contravened the beneficiaries’ social economic rights as enshrined in the constitution and made it difficult for them to repay the loans.

They further told the court that the beneficiaries with non-performing loans were denied clearance which was necessary for job application thereby being denied employment opportunities in both public and private sectors.

“The non-performing loans were due to the hefty interests and penalties whereas most beneficiaries were youth who are considered a vulnerable group under article 55 of the constitution,” they told the court.

The three argued that HELB violated the constitution and law by charging of interest, fee and penalties and increased the debt to more than double the principal in contravention of section 44A (1) and 1(2) of the Banking Act, section 43 (1) c and (f) of the consumer right under article 46 section 1 of the constitution.

They argued that by imposing a fine of not less that Sh5,000 in respect of each loan deduction that remains unpaid, section 15 (2) of the HELB act contravened the in diplum rule as it increased the charges and interests.

HELB had opposed the application through a replying affidavit saying that the establishment and operations of HELB was designed to secure the socio economic right of all Kenyans and the effort made on loan recovery was to ensure sustainability of the fund to continue empowering people’s brains.