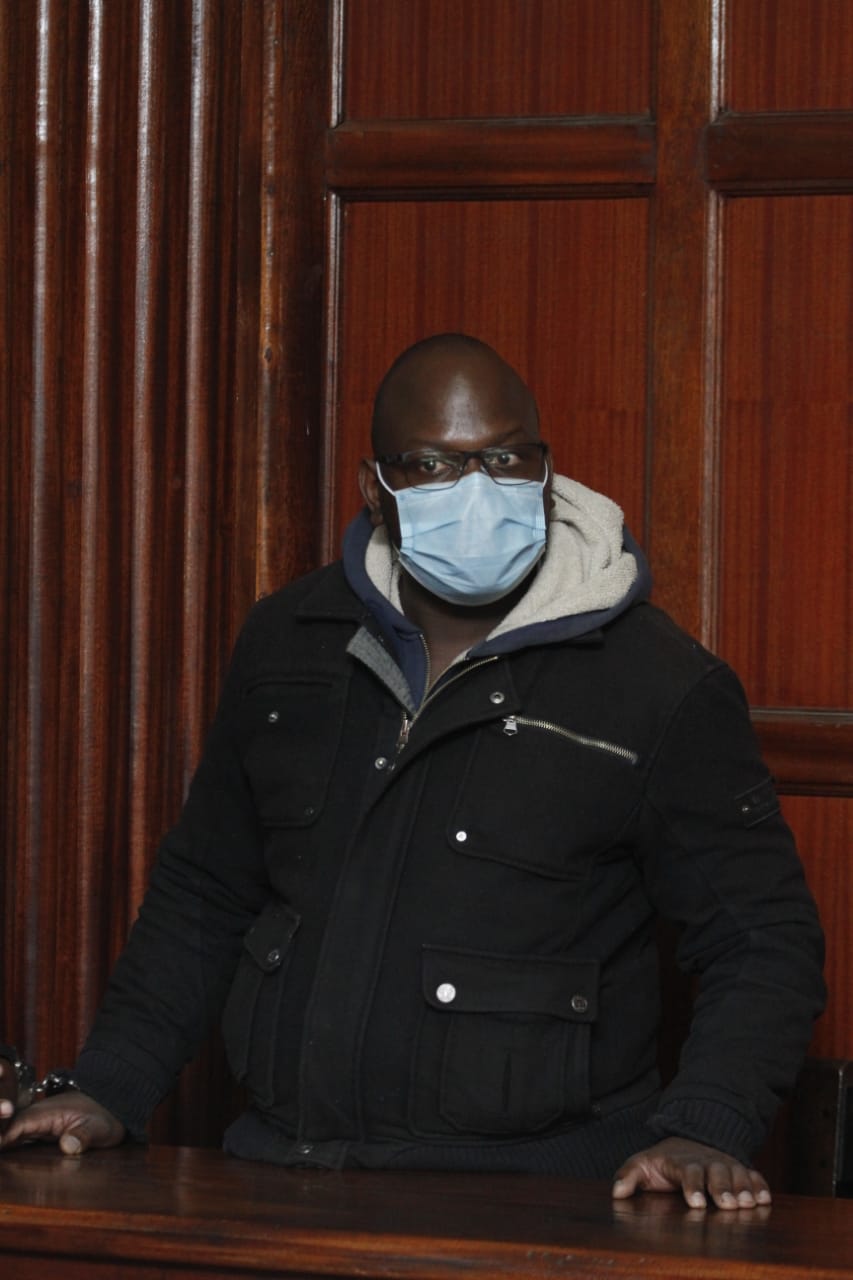 Joseph Ndunda Awich when he appeared before Milimani Chief magistrate Martha Mutuku to answer to charges of obtaining Kshs 600,000 by false pretenses.

A Nairobi-based businessman has denied obtaining over 600,000 from a Micro-Finance company by false pretenses and was released on a cash bail of 100,000 with an alternative bond of 200,000 shillings.

It is alleged that Joseph Ndunda Awich, took the cash from Deely Capital Limited but had no intentions of refunding the money. Awich is accused of severally defaulting on his payments with an intention to defraud.

It is alleged that he first took a loan of Ksh. 400,000 from Deely Limited on September 13, 2019. He allegedly convinced the micro-finance company into lending him the money, claiming he was in a position to offset the loan.

’’He was not in a position to pay yet he gave out a bouncing cheque’’.  The court was told

He would later on October 8, 2019; take an additional Kshs. 200,000 from the same lender only to issue a Ksh. 242,000 cheque, which bounced. The accused is said to have listed an account at the Riziki Credit Limited as the paying agency.

On December 13, 2019, the accused is said to have issued yet another cheque of Ksh. 528,000 from Riziki Credit Limited, which also bounced. Chief Magistrate Martha Mutuku ordered the accused to pay the fine and the case be mentioned on January 6, 2021.

The case will be mentioned on 6th January 2021.

Kenya Insights allows guest blogging, if you want to be published on Kenya’s most authoritative and accurate blog, have an expose, news, story angles, human interest stories, drop us an email on tips.kenyainsights@gmail.com or via Telegram
Related Content:  Keroche: Police Are Holding Tecra Karanja’s Boyfriend Over Her Death
Related Topics:
Up Next

Excess In Matatus To Be Nabbed, Kagwe