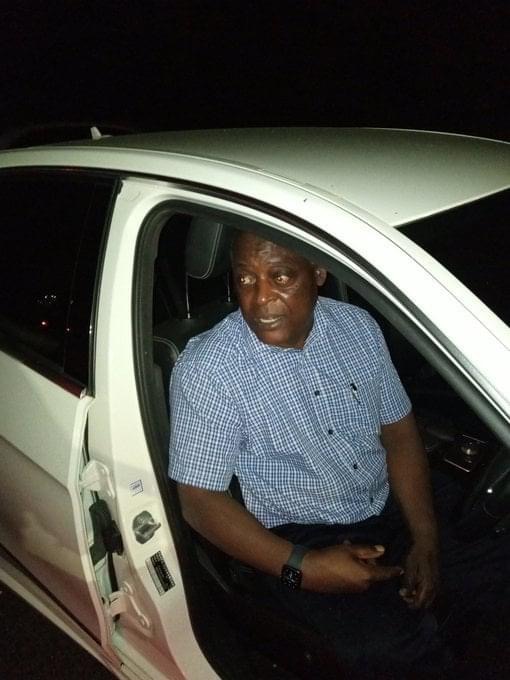 Ex-politician Cyrus Jirongo is running away from his responsibilities after knocking down a passenger. According to a revelation made by activist Boniface Mwangi, Benedict Muna alleges that Jirongo ran over him and has refused to take responsibility.

Below is the text sent to Mr. Mwangi.

I have a case of miscarriage of justice that I would plead with you to push to the public since we’ve exhausted all legal options within our reach. On Saturday night, 19th December 2020, a politician called Cyrus Jirongo hit us. My name is Benedict Muna. I was a passenger on Peter Kariuki’s boda boda. My injuries weren’t serious but the boda rider was injured badly and his leg was fractured. The accident happened at UN Avenue in Runda Estate, at the T-junction into Whispers Estate. Jirongo was dead drunk and he didn’t even indicate, or slow down, when he was making the right turn at the junction. Jirongo was helpful enough to pay for Karuki’s hospital bill at Guru Nanak Hospital in Ngara. He was supposed to buy him the prescribed medication but he hasn’t. He was supposed to compensate us and especially the rider because he will be out of his daily hustle for a couple of months, or until he is able to use his injured leg. We have tried to reach him with no success. We reported the matter to Gigiri Police Station and were given OB/04/20/12/220. We have tried to use the Gigiri Police to follow up on the case but they are all uncooperative and seem compromised. We have gone to the Police Station three times and they have refused to issue us with a P3 form.

Without Jirongo’s insurance details, we can’t even press our case before the insurance company that insured his vehicle. I beg you to highlight this case. All we want is for Peter Kariuki to get some compensation since he is out of his hustle and is suffering at home.