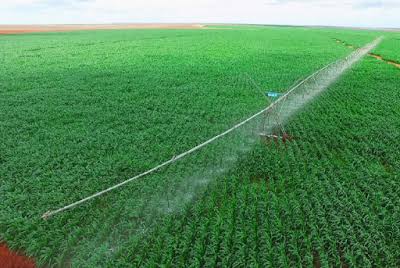 In August 2014, the National Irrigation Board (NIB) signed a Sh14.5 billion contract with Israeli firm Green Arava Ltd to start irrigated maize farming in the Galana-Kulalu scheme in Kilifi and Tana River counties.

As of March 2018, only 5,000 acres of the targeted one million had been put under crop, with officials telling Parliament that a paltry 22,000 bags of maize worth Sh35.2 million had been produced. Last year, Green Arava claimed that NIB owed it Sh1 billion, even as the board insisted the figure was Sh200 million.

The Agriculture Cabinet secretary at the time, Mwangi Kiunjuri, admitted that the project had been marred by corruption, blaming people he did not name for inflating costs.

When construction of the 10,000-acre Galana Kulalu model farm commenced – Kenyans thought that food insecurity, especially in the coastal region, would be a thing of the past. The project had promised to bring down the cost of Kenya’s staple food (maize) to Sh75 from then Sh120 in 2015.

Six years down the line and the upshot from the mega project that purported to reduce food insecurity is the alleged loss of an estimated Sh5.9 billion with the downing of tools by the contractor, Green Arava of Israel.

The project has dried up River Sabaki-Galana making life difficult for thousands of residents who used to depend on the river for domestic use, agriculture and fishing.

Kenya has finally cancelled the contract of Green Arava, an Israeli company that was setting up a model farm at the Galana-Kulalu irrigation scheme, bringing to an end a protracted battle between the parties.

A local company would be contracted to complete the work, the government has said. Water and Irrigation Principal Secretary Joseph Irungu said the government took the step for breach of contract.

This comes just two months after Israel Deputy Ambassador Eyal David said the two countries had agreed on Green Arava resuming the works at the one million-acre farm.

“We have ended the Green Arava contract and we are going to do the remaining work on the model farm through local talent that we have,” Mr Irungu said.

His sentiments were echoed by the chairman of the National Irrigation Authority, Joshua Toro, who said they do not want the contractor back.

“This contractor was becoming a liability. That is why we do not want him back at Galana,” he said.

This is the first time that the government has come out openly to announce the cancellation of the contract with Green Arava.

Mr David said in March, 2020 discussions were held with officials from Kilifi and Tana River counties, where the scheme falls, as well as the ministries of Water and Devolution, adding that all was set for the resumption of activities by an Israeli contractor on the farm.

“The Galana-Kulalu project is Israel’s flagship project here in Kenya and it is close to the hearts of President Uhuru Kenyatta and our Prime Minister Benjamin Netanyahu, so there is no way it can collapse,” he added.

The dispute between irrigation agency and Green Arava arose from the Sh1 billion that the contractor is claiming to be owed by NIB, which on its part says that it’s excess of the actual figure of Sh200 million.

Related Content:  State To Appeal Acquittal Of Humphrey Kariuki In Tax Evasion Case
Kenya Insights allows guest blogging, if you want to be published on Kenya’s most authoritative and accurate blog, have an expose, news TIPS, story angles, human interest stories, drop us an email on [email protected] or via Telegram
Related Topics:
Up Next