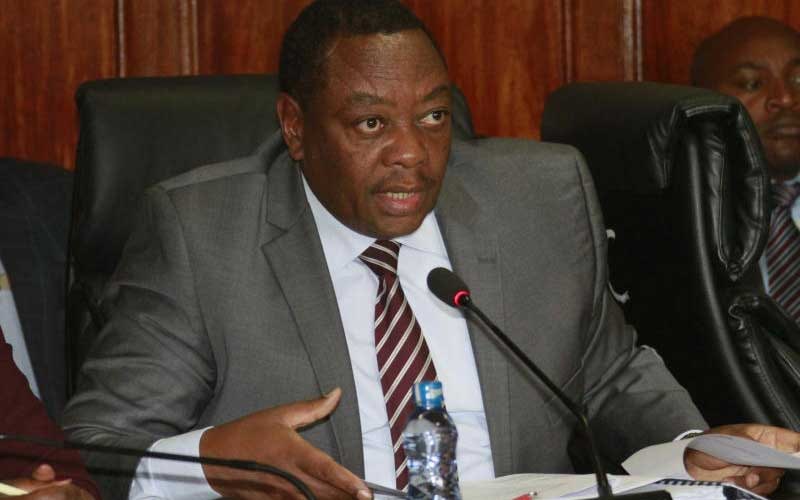 Water and Sanitation PS Joseph Irungu who is positioning himself to be the next governor of  Murang’a in 2022 is ditching President Uhuru Kenyatta’s Kieleweke wing of Jubilee for the Deputy President William Ruto’s Tanga tanga wing which he has been secretly oiling.

Irungu is President Kenyatta’s close ally but he has been accused of financing Ruto’s recent visit in Gatanga where he held a major rally at the door steps of Jubilee Vice Chairman David Murathe who is a fierce critic of the Deputy President.

The secret move to join Tangatanga comes barely two months after another top Murang’a politician Senator Irungu Kang’ata also ditched the president for DP’s camp which seems to be attracting many vocal and influential politicians in the county.

But PS Irungu is still not grouping with the Tangatanga camp openly may be till next year when the timing will be perfect to ditch Uhuru’s Kieleweke camp. The PS sent mixed signals when he skipped the session where Murang’a Members of County Assembly (MCAs) voted to pass the Building Bridges Initiative (BBI) in presence of his colleagues in the cabinet and Kieleweke outfit.

The seat is currently held by Governor Mwangi wa Iria who is serving his second and final term but has attracted many top politicians and and civil servants in the county with Iria stressing that he will go for Presidency in 2022.

Kenya Insights allows guest blogging, if you want to be published on Kenya’s most authoritative and accurate blog, have an expose, news TIPS, story angles, human interest stories, drop us an email on [email protected] or via Telegram
Related Topics:DP William RutoMurang'a CountyPS Joseph IrunguTangatanga
Up Next