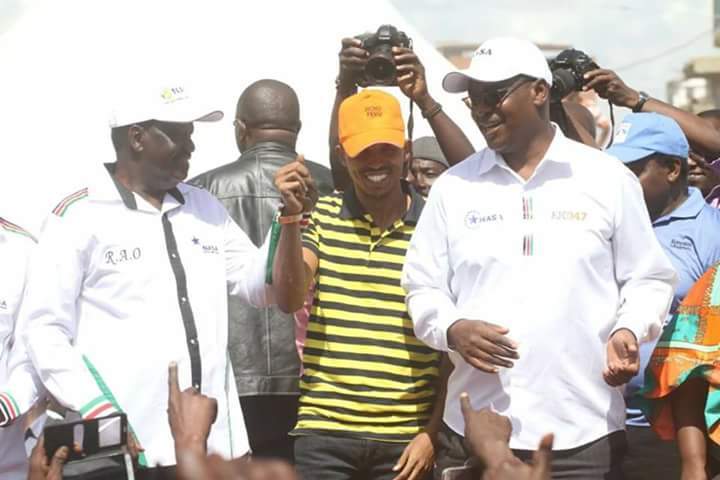 Following a disputed nomination exercise in Nyali constituency for the ODM ticket that has since left a clear warfare between the Jicho Pevu journalist and the JohosJoho’s family, things could just get worse. Moha who by popular opinion is believed to have squarely won the nominations but rigged out by Joho’s brother Said Abdallah aka Saido.

The election was disputed with the final decision on supposed victory remaining with the party’s National Elections Board. In presenting his grievances, Moha provided hear of collected evidence of mass rigging. With his investigative skills, the fiery journalist comes politician caught on tape extensive evidence of electoral fraud including stuffing of ballot boxes. Moha alleged that a wrong register was used during the exercise apart from the agreed one locking out his potential voters from casting. His name was also missing from the register, as an aspirant, he wasn’t able to vote.

There has been a venomous talk in the ground that the party has its owners with the Joho’s family being called the owners of ODM in Mombasa. Many have accused the Mombasa governor of taking advantage of his position in the coastal political scene to impose leaders of his choice including his brother, a decision that has since earned him new enemies and turned friends into foes. 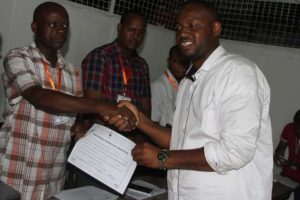 Saido being awarded as winner of Nyali contest.

The NEB in its ruling cites that Saido engaged in grave electoral fraud schemes and admitted the exercise was shrewdly conducted to the disadvantage of Mohammed Ali. It goes ahead to conclude that the board will rule on which direction the case will take in this case who would be declared the winner between Saido and Mohammed Ali for the Nyali constituency ticket. The tribunal was treated to a light moment when Saido couldn’t fluently express himself in English during his summon in Nairobi. With the wide discrepancies cited, the decision shouldn’t take NEB long to make.

Moha has reiterated that he will be on the ballot whether on an ODM ticket or any other. Joho is said to be still in full pursuit and meddling in the NEB’sNEB’ s decision and with his influence in the party, Moha can only way for the best but expect the worst. It is in bad taste for the governor to interfere with party’s conflict management and should’ve maintained a long distance. Rigging of candidates especially in ODM has been costly to the party in Mombasa, Omar the sitting senator had to jump ship to Wiper after a weak candidate Kajembe was awarded the ticket. Awiti Bolo of Nyali also underwent the same ordeal. It would be sad to watch ODM make structural blunders by letting go Mohammed Ali who by his national profile is an asset especially in voters mobilization amongst the youths and Muslim voting bloc. We can only wait and watch the construction or destruction. 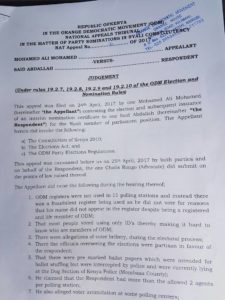 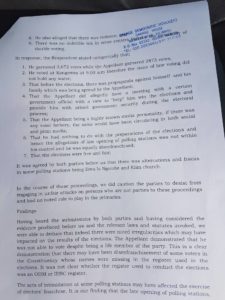 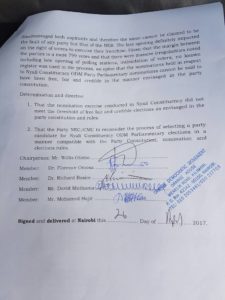 Meanwhile, Mombasa Regional Coordinator Nelson Marwa is calling for the arrest of Nyali Parliamentary aspirant Said Abdalla alias Saido for hiring 400 goons to terrorize his fellow aspirants in the region.

This won’t be the first time Saido is accused of applying hooliganism in his campaigns, during the last major ODM rally in Tononoka, the built aspirant wrestled the microphone out of Moha’s hands when he was ushered in by Raila to address the crowd. Sensing that it would give Jicho Pevu an upper hand, the bully politician swung into action and in line ended up hitting Raila with his elbow. As to who will be Nyali ODM aspirant, the NEB holds the decision of declaring the winner. Sunday is the last day for parties to wind up and present their nominees.

Related Content:  Koliks: Simba Arati And Didmus Barasa Finally Make Peace And Share Light Moments In Parliament
Kenya Insights allows guest blogging, if you want to be published on Kenya’s most authoritative and accurate blog, have an expose, news, story angles, human interest stories, drop us an email on tips.kenyainsights@gmail.com or via Telegram
Related Topics:
Up Next