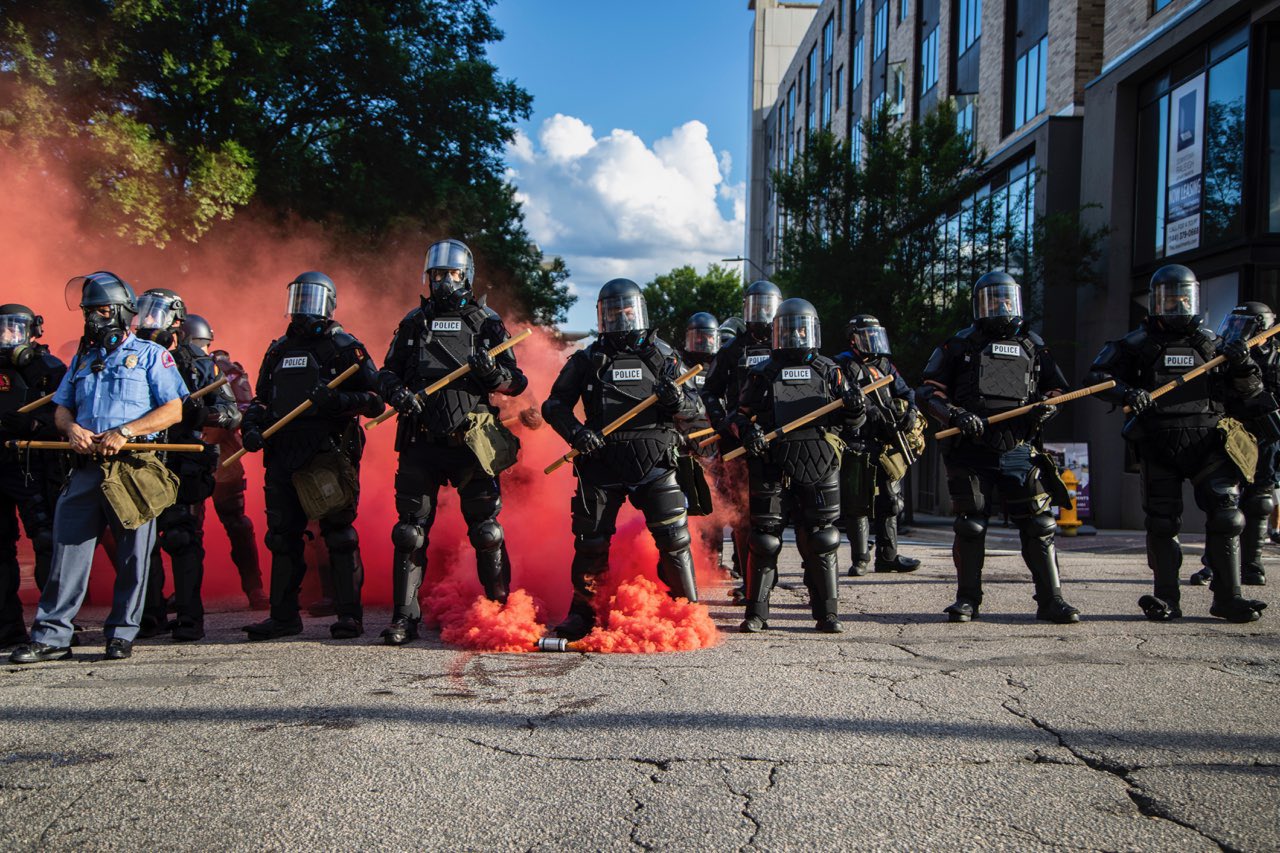 Protests roiling U.S. cities may do irreparable damage to America’s global standing. Its sway has been waning under President Donald Trump, but this civil unrest will make it harder to reclaim the moral high ground. Losing it comes at a high cost.

The fear of U.S. democracy decaying into the same tyranny against which the colonies originally revolted has been predicted at least since French political scientist Alexis de Tocqueville visited in 1831. The Economist Intelligence Unit demoted the country to a “flawed democracy” in 2017. The accumulation of policy errors, which precede Trump, have created a litany of problems including income inequality and a flawed healthcare system.

After a botched federal response to the pandemic, which has already killed more than 100,000 people in the United States, the country is now tearing itself apart over police brutality and racial injustice. It reveals the deep-rooted nature of the country’s problems even as it pushes away its friends.

Trump just cut America’s ties with the World Health Organization, continuing an inward agenda that includes abandoning the Trans-Pacific Partnership that would have eliminated some 18,000 foreign taxes on U.S. exports. His tariffs have failed to erase a trade deficit with China and could ultimately cost American consumers as much as $1,000 a year according to some estimates.

Ideological hypocrisy compounds the corrosion. Even as U.S. politicians lambast China for censorship and suppressing human rights in Hong Kong, similar behaviour is flaring up at home. The latest demonstrations were set off by a white Minneapolis policeman choking an arrested African American man to death. Police have since detained and shot rubber bullets at journalists covering the ensuing demonstrations.

Related Content:  AFP: Some Of The False And Misleading Election Fraud Claims

A return to normal, whatever that may be, looks difficult. Trump, who retreated to a White House bunker according to the New York Times, instead of addressing the nation, is claiming his opponents are trying to steal the upcoming election. That sets the stage for even more potential political instability.

Assigning an economic value to moral leadership is tricky. But trust cuts business and trade transaction costs and reduces the need for military expenditures; it is also a good that cannot be bought, as China is discovering. Its loss entails a cost that is growing by the day.