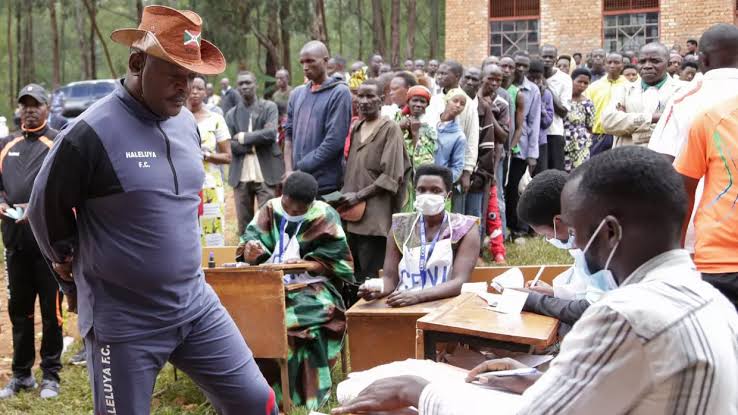 WHO reported on social media that there was a cluster of pneumonia cases – with no deaths – in Wuhan, Hubei province.

WHO published first Disease Outbreak News on the new virus. This is a flagship technical publication to the scientific and public health community as well as global media. It contained a risk assessment and advice, and reported on what China had told the organization about the status of patients and the public health response on the cluster of pneumonia cases in Wuhan.

WHO issued a comprehensive package of technical guidance online with advice to all countries on how to detect, test and manage potential cases, based on what was known about the virus at the time. This guidance was shared with WHO’s regional emergency directors to share with WHO representatives in countries.

Based on experience with SARS and MERS and known modes of transmission of respiratory viruses, infection and prevention control guidance were published to protect health workers recommending droplet and contact precautions when caring for patients, and airborne precautions for aerosol generating procedures conducted by health workers.

Officials confirm a case of COVID-19 in Thailand, the first recorded case outside of China.

WHO’s technical lead for the response noted in a press briefing there may have been limited human-to-human transmission of the coronavirus (in the 41 confirmed cases), mainly through family members, and that there was a risk of a possible wider outbreak. The lead also said that human-to-human transmission would not be surprising given our experience with SARS, MERS and other respiratory pathogens.

WHO experts from its China and Western Pacific regional offices conducted a brief field visit to Wuhan.

WHO mission to China issued a statementsaying that there was evidence of human-to-human transmission in Wuhan but more investigation was needed to understand the full extent of transmission.

The WHO Director- General convened an Emergency Committee (EC) under the International Health Regulations (IHR 2005) to assess whether the outbreak constituted a public health emergency of international concern. The independent members from around the world could not reach a consensus based on the evidence available at the time. They asked to be reconvened within 10 days after receiving more information.

Related Content:  Equip The Rural Health Workers With PPEs Or Wait For The Bomb To Go Off

A senior WHO delegation led by the Director-General travelled to Beijing to meet China’s leadership, learn more about China’s response, and to offer any technical assistance.

While in Beijing, Dr. Tedros agreed with Chinese government leaders that an international team of leading scientists would travel to China on a mission to better understand the context, the overall response, and exchange information and experience.

The WHO Director-General reconvened the Emergency Committee (EC). This was earlier than the 10-day period and only two days after the first reports of limited human-to-human transmission were reported outside China. This time, the EC reached consensus and advised the Director-General that the outbreak constituted a Public Health Emergency of International Concern (PHEIC). The Director-General accepted the recommendation and declared the novel coronavirus outbreak (2019-nCoV) a PHEIC. This is the 6th time WHO has declared a PHEIC since the International Health Regulations (IHR) came into force in 2005.

WHO’s situation report for 30 January reported 7818 total confirmed cases worldwide, with the majority of these in China, and 82 cases reported in 18 countries outside China. WHO gave a risk assessment of very high for China, and high at the global level.

Every Country’s response to the novel Coronavirus was to be in conformity with World Health Organization (WHO’s) Strategy to contain the spread and flatten the curve of infection rate. WHO stressed on the need to isolate, test and trace new cases to effectively suppress and control the virus’ spread. This must be the “backbone of the response in every country”, said the Director-General.

In the early days when the invincible virus cases were still endemic in the sense that the reported cases weren’t overwhelming and was in a specific Geographical location – Wuhan, China – nobody knew that within a twinkle of an eye it would turn out to be a disastrous pandemic and so I can’t judge that the neighborhood countries were ignorant not to save the situation at the breeding level. But I can judge that African nations that are still doubting Thomases even after witnessing what happened in Italy, Spain and USA as a result of ignorance and negligence and which have made them duly pay the price of Cesar.

Tanzanian President Dr.John Pombe Magufuli have made both local and international headlines due to his defiance response to the Pandemic – encouraging his subjects to work normally that this a common flu and it shouldn’t derail anyone from working to build the economy.

Many people have questioned his logistics, allegiance and whether he is right or a clout. He has pointed guns and fired his top officials including his Deputy Health Minister plus others who’ve disagreed with him and have questioned his misleading actions (and which only time will tell).

Tanzania last reported Covid19 case publicly on May 13, when it reported 196 new positive cases within 24hours raising the number to 400+ confirmed cases. A number which triggered the attention of Magufuli and ordered probe into the National Laboratory over what he believed that they were using substandard testing kits that were donated to the country by Philanthropist Jack Ma – further stating that he is convinced that there was a conspiracy plan to sharp shoot fake positive cases when actually there wasn’t cause of an alarm. He even went further to enforcing a law that wearing of masks in public is an offense in the country, he ordered National Football league to resume, Churches and Pubs to reopen.

Ever since, there have been no public display of data regarding Covid19 cases in the country – a plan to seduce people to return to normalcy to build the economy.

Despite these actions by Magufuli, a larger population are still taking personal responsibility and still living in fear of the pandemic and have not responded to his directives or rather plea to get Tanzanians out of their quarantine homes to go and work. Seems they’re not buying his nonsense. And I’ll not be surprised if he orders enforcement of Citizens out of their houses and homes soon.

But the secret underlying motive of his decisions seems to be engineered for his political jackpot in October 2020 General Elections which he insists will go as planned- come rain come sunshine. Perhaps this might be the reason for his push to return people to normalcy, to start off his 2nd term Presidential ambitions campaign.

His acts might be selfish for political gain in October elections or genuine.

Perhaps what catalysed Burundi’s defiant decision was more of a political barter trade with the pandemic. The outbreak came at a time when the country was preparing for General elections and which former longest serving President Pierre Nkurunziza insisted on the conduction despite red alert of the virus spread. The political class campaigned, held public rallies without social distancing and majority without masks and without forgetting that in the midst of the campaign – being a member of the WHO, they had to comply with the Organization’s safety measures but they instead defied the orders and went ahead to deport all the WHO representatives that were in the country. A terrible sign of ‘Genocide’.

Elections were conducted, no restrictions or safety measures was adhered to because of I believed was brainwashing and political slavery. No sooner did the dust of campaign period stop than did the country’s top officials began testing positive for the Covid19. This illuminates how the situation is on the ground amongst the common citizens if with all the protection, highest level of hygiene the country’s state have that its First Lady tested positive for the virus and flown to Kenya for treatment.

What amazes me, is the fact that these African nations whose top leadership are encouraging their citizens to live normally:

1. They don’t have the capacity to independently contain the virus without aids.

2. They don’t have a proper working healthcare system. Having guts out of negligence to rubbish threat posed by the pandemic when even Developed countries oversees with best healthcare systems were overwhelmed by numbers of infections and deaths.

3. They preach water but take wine. Over the past one week – Burundi’s own First Lady was flown into the neighboring Kenya by AMREF and admitted at Agha Khan hospital in Nairobi City to undergo Covid19 treatment. Reports also show, Burundi’s Health Minister was also flown into the Country for the same very reason. On 30th May, Eritrea’s high profile officials were also flown in by Amref for the same very reason.

These acts am convinced that they justify my decision to judge that these African countries are being misled by Hyenas.

They know undoubtably well, they don’t have the capacity and the system to manage these risks and instead of preventing the risks than curing it, they choose to endanger lives in exchange for their own political mileage. They know, when the going gets tough, they’ll leave their poor citizens to die mercilessly in their substandard and poor hospitals as they fly to seek treatment overseas with diplomatic privilege.