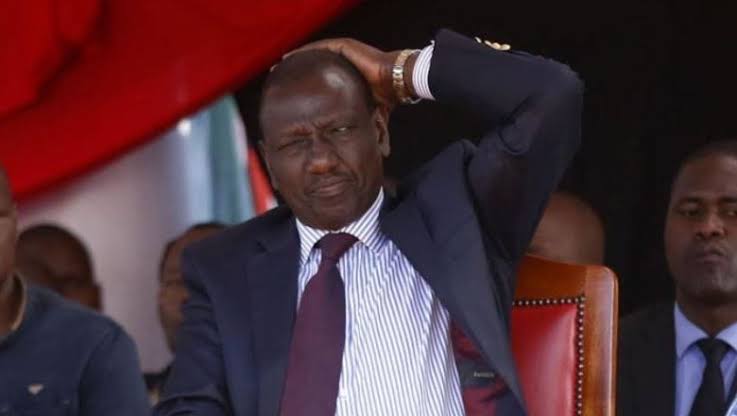 Those who used to be foot soldiers for President Uhuru and hate his Handshake brother Raila Odinga – most likely have made a shift to the left handman of Uhuru who is Ruto to punish the relationship of the Raila and Uhuru. And believe me not, these are moves not taken on the ground of integrity or ethics or moral values because if it were so, then these footsoldiers would have chose a better figure from the Dynasties but because ‘we’re Africans in Africa and Africa is our business’.

DP Ruto have always been the epicenter of discussion in and out of the government by those who possibly view him as a barricade to their political gangster points or the other way round he is be the bad guy. But what draws attention is the fact that every political big wig from the Executive to the Legislature are all fighting him. From paid bloggers and influencers, mainstream media – majority under payroll to terrify him and his goodwill – bad will agendas.

Everything, every public move he makes, every personal or government project he launches must always be linked to corruption scheme – some proven, some allegations till it has become normalcy. His point men and insiders have been whipped out during his Party Jubilee purge exercise – a move made to silence him for his incorporation, gross misconduct and disrespect for the office of the Presidency. In the latest move the President making his Executive order restructuring his Government and squashing Office of the Deputy President under the Presidency to henceforth be under office of the President Executive implying that DP will no longer have power to hire staff, instead the powers has been designated to head of public service. A move made to weaken his influence and at the same time for Uhuru it will make him respect the powerful office and work strictly under him – under his directive towards his big 4 agenda. Last kicks of a dying horse.

Related Content:  In Bobi Wine, Museveni Messed With The Wrong Person As Africa Gangs Up With Kenyans Taking Lead On Twitter For His Freedom

Those fighting the Sugoi man, used to praise him hosanna in the highest and today they’re crucifying him maybe on moral and independent ground or on payroll to do so.

Politics being a dirty game and game of cards – makes nobody better than the other once they’re politicians always and forever they’ll be dirty.

This man is a one man army, potentially a threat to all Presidential aspirants and Deep state in the next 2022 General election and perhaps this is why Political dynasties in the country are ganging up to fight him left right and center.

In Kenya, there is a silent 36.1% that equals 18,551,790 majority group living in extreme poverty in which half of the population are eligible voters that contributes to the 18,000,000 total eligible voters in the country and which am convinced that at least three quarters of the eligible group have bought Ruto’s team hustler narrative and he enjoys massive support of them on the ground.

DP Ruto is being battled by the Cabal in corridors of power that he has ignored to swear allegiance to – and these are the same individuals in the dining table that controls the country indirectly. If you don’t understand the Deep state [a body of people, typically influential members of government agencies or the military, believed to be involved in the secret manipulation or control of government policy]. Deep state is a hidden Government that works within a legitimate Government. They finance the President, chooses a cooperative influential Person of their choice in public domain. A real conspiracy theory.

In a country full of women than men and considering the fact that women are the greatest sympathizers of all time and it is women who are always full of action in that men makes lots of chants, noise, circus, stampede and assailants in the campaign trail but it is only women who come out in large numbers to vote as men get drunk with bribe money and lose themselves – am convinced again Ruto might win their hearts out of sympathy.

President Uhuru Undermining The Supreme Law Of The Land To Punish DP Ruto?