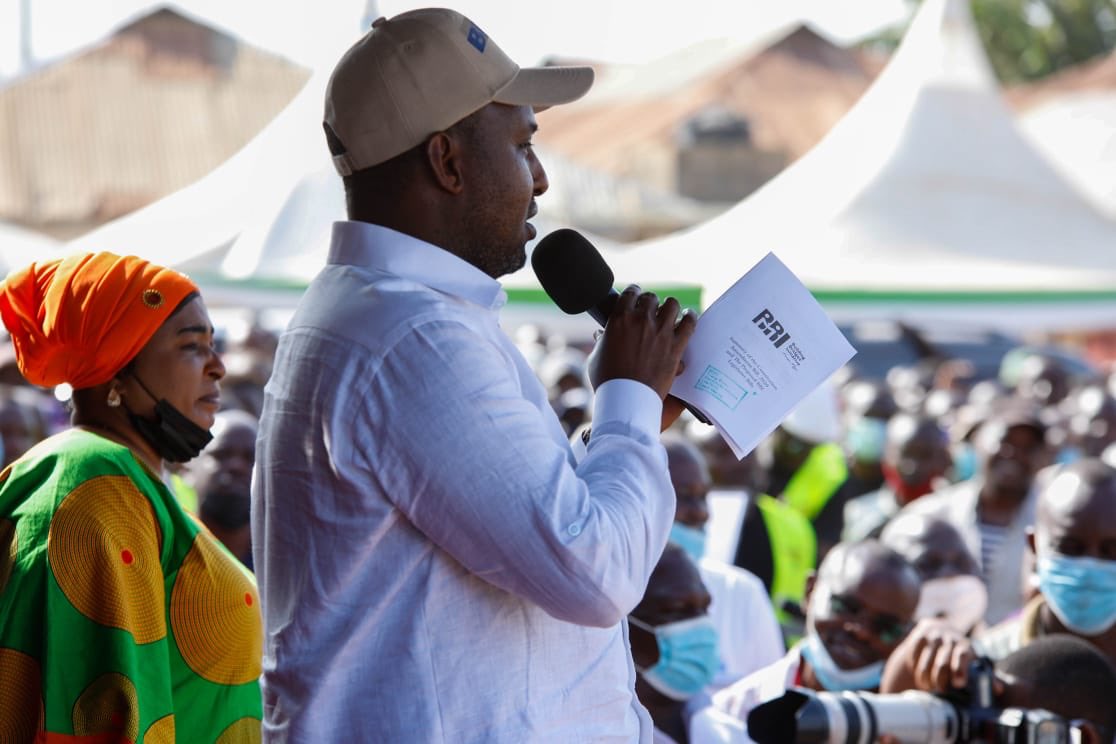 Trouble wave has hit the shores of handshake shore with ODM leaders coming out gun blazing in what has now become apparent as an internal fight within the BBI secretariat and president Uhuru Kenyatta succession politics.

What started as a rumor on social media on Saturday, was amplified by Dr. Oburu Odinga during an interview with KTN where he said ODM was not going to table Ruto’s impeachment motion and more startling was when he said there were possibilities of Raila working with Ruto a sworn event ahead of 2022, during the interview, Odinga’s brother had nice things to say about the DP like ‘Raila and Ruto are great friends they just differe on a few fundamentals that can be ironed, they’ve worked together before as you know.”

Later in the day, Raila’s confidant Senator James Orengo fired his shot at a function in Siaya where he pointed at the core of their disgruntlement in handshake with unnamed civil servants in statehouse.

“In this country, as President Uhuru Kenyatta and Raila Odinga are busy with the Building Bridges, there is a cabal inside government who are busy chatting the way how Kenya will be ruled after the 2022 election,” Orengo said.

“Civil servants have no business to discuss and debate on political matters. I urge them to be compliant and obedient to the political institution,” he added.

And to put a blade to his words, Orengo warned, “As a person who has witnessed how governments are run I want to say without fear of contradiction that whenever civil servants chat the future, there can never be any peace. This is a warning shot,”

Unamused by the turn of events, Orengo pointed fingers at the statehouse cabals for conspiring to shortchange Raila while bringing on board ‘strangers’ to the table. “”They are simply reaping where they have not sowed. Without Raila Odinga, they would not be planning of those successions and therefore they must listen to the two BBI principals,” Orengo said.

Civil servants must keep off politics and concentrate on the delivery of their constitutional mandates. pic.twitter.com/5ChtuuPFWg

Separately, in an interview with Sunday Nation, it was the Minority Whip in the National Assembly Junet Mohamed who let the dog out. He mentioned and accused powerful PS Kibicho of hijacking, sabotaging and micromanaging the BBI Secretariat of which Junet together with Dennis Waweru are also members.

It appears that Junet and ODM could’ve exhausted all avenues to resolve the matter internally and let it out to the public. “For the last three to four months there has been great sabotage in the process.” Orengo said to give an hint on how long this has been on going.

PS Kibicho is said to have been tasked to take control of the BBI secretariat to the displeasure of the ODM side.

“If he must continue meddling in the work of the secretariat, if he must continue dictating how we do our work, if he’s that indispensable, we will be left with no choice but to abandon BBI, Kibicho is causing political constipation and we’re not afraid of telling him that.” Junet who’s also BBI Co-Chair told Sunday Nation.

Junet say that continued influence on the secretariat by Kibicho would complicate the outcome of the referendum and make the referendum appear as a statehouse project. “Remember Uhuru had to pitch tent in Mt Kenya to save BBI in the county assemblies therefore Kibicho bungled it. He can’t be playing politics and he’s a civil servant. We do not want him anywhere next to the secretariat’s work. He has to take a back seat.” He said.

“Our position is clear, if he wants to continue being part of the process, we will leave it to him. He has created a separate command structure through which he thinks he can bulldoze us around.” Junet shot the ultimatum.

However, critics are not reading from the same page with Junet and ODM with others like lawyer Ahmednasir Abdulahi accusing the orange party of dishonesty. “Odm must be told to stop attack PS KIBICHO. He is doing his job and his BOSS to whom he is ANSWERABLE isn’t complaining. More IMPORTANTLY, H.E UHURU TRUSTS him with BBI MONEY.” Ahmednasir tweeted.

“ODM’s RAGE and RANTING is all about having their hand in the bbi cookie jar. H.E UHURU and PS KIBICHO will have none of that…thus the fire and brimstone, blackmail and the cheap polemic and pontification.” He added.

Jubilee party’s co-chairman who lately has been a friend of Raila and ODM threw in a subliminal in reaction to the new developments. “It’s not about the HANDSHAKE literally, it’s about the fruits of it.”

ODM is now accusing the statehouse cabals of bringing in ‘strangers’ into the house including Gideon Moi, Musalia Mudavadi, Moses Wetangula and Kalonzo Musyoka whom they say are the team being assembled to succeed president Uhuru.

Fresh fears have now hit the ODM camp that the President could use and dump their leader after the BBI is passed hence his recent comeback to revive his political bases, Raila just concluded a week long tour in coast a region considered his base but has also been invaded by the DP. For ODM they’re in the race to the end and not stopping.

“ODM will form the next government, alone or with like minded strong parties/individuals.” Said Hon George Kaluma, ODM MP.

Affirming the assertions by Oburu, Kaluma said, “Now they are discussing the prospect of Raila and Ruto coming together as if it’s impossible!
In politics, nothing is impossible. Lest you forget, the 2 came from the Nile Valley. ODM will work with anyone who enables the party to capture power to transform Kenya.”

The abrupt turn of events now leaves many options dangling with uncertainties about which way the BBI goes. And with the referendum scheduled for May or June, the bigger questions remain, Will Kibicho succumb to ODM pressure and bow out? Will ODM abandon the BBI should Kibicho stand his foot? And more importantly Will ODM and Tanga Tanga form the team against statehouse cabals?

How men Raila ditched in NASA returned to scatter the handshake