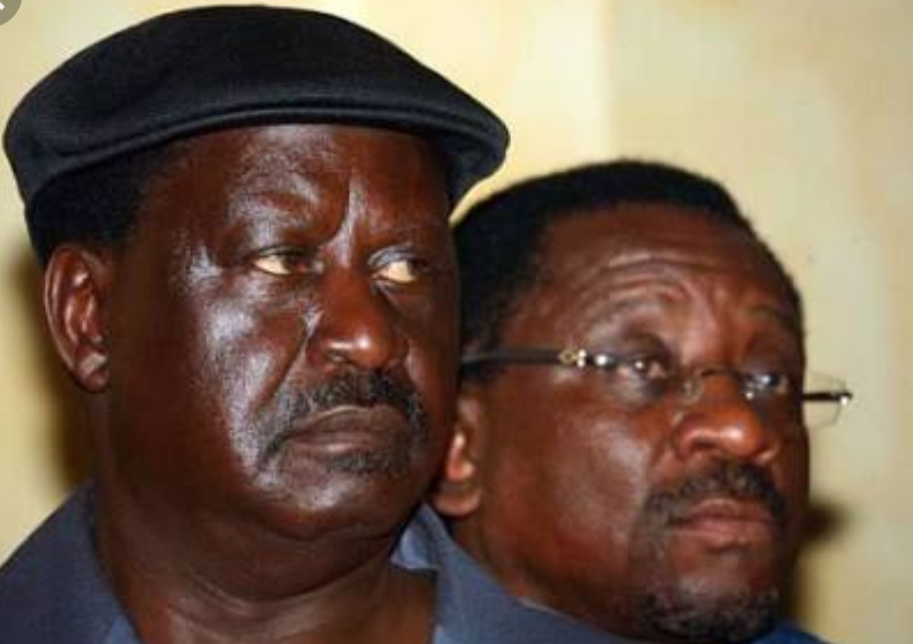 The ODM party is bitterly protesting the developments that have seen the men Raila Odinga ditched in NASA now forming a coalition that is preferred by system while isolating their leader from the 2022 succession matrix.

ANC leader Musalia, Moses Wetang’ula (Ford-K) and Kalonzo Musyoka worked with Raila under the Nasa coalition in 2017, in 2018 Raila abandoned them to strike a handshake deal with President Uhuru but they have regrouped and brought in Baringo Senator Gideon Moi after they accused Raila of political deceit.

Although continues Raila has refuted claims that he was hoping for a Kenyatta endorsement, the formation of the alliance has seen his handlers accuse the Jubilee of undermining the handshake partnership with threats to abandon the Building Bridges Initiative.

ODM is now raising the expected concerns that their leader is being used to amend the Constitution through the BBI and then he will be dumped as power brokers converge to chatter a system friendly route for 2022. 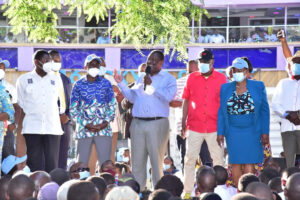 The move to form the ‘Sacred Alliance’ is to destabilize Raila’s loyal support bases across in Western and Coast with an aim to render him a weak candidate ahead of 2022 general election. ODM has even accused Jubilee, their handshake partners, of being behind the violence witnessed in Matungu by-election where they lost to ANC.
Related Content:  Clean Sweep Of Jubilee Tickets In Nairobi By Kikuyus Prompts Boardroom Deals For Ethnic Balancing

Kakamega Senator Cleopas Malala who was accompanied by goons on the election day were seen attacking IEBC officials but was not arrested since the system used police deal with ANC opponents but Malala argues that ODM was beaten because the people of Western Kenya meant to send a political message to Raila.

“We came up with the best strategy and protected our votes from rigging by ODM which should just accept the defeat and move on. Nobody should try to bring propaganda that we were funded by the state. The unity of the Luyha nation defeated Raila,” Malala said.

But even before the Matungu and Kabuchai by-elections, tension was building after Raila’s men complained that senior civil servants were manipulating the Building Bridges Initiative process.

The BBI secretariat was co-chaired by Jubilee’s Dennis Waweru and ODM’s Junet Mohamed but its now under the Interior PS Karanja Kibicho in a clever move to deny the ODM leader political mileage and whittle down his influence in the whole BBI process.

Kenya Insights allows guest blogging, if you want to be published on Kenya’s most authoritative and accurate blog, have an expose, news TIPS, story angles, human interest stories, drop us an email on tips.kenyainsights@gmail.com or via Telegram
Related Topics:Musalia MudavadiNASARaila OdingaSacred Alliance
Up Next

NIS Chief Warned Uhuru To Distance Himself From Raila