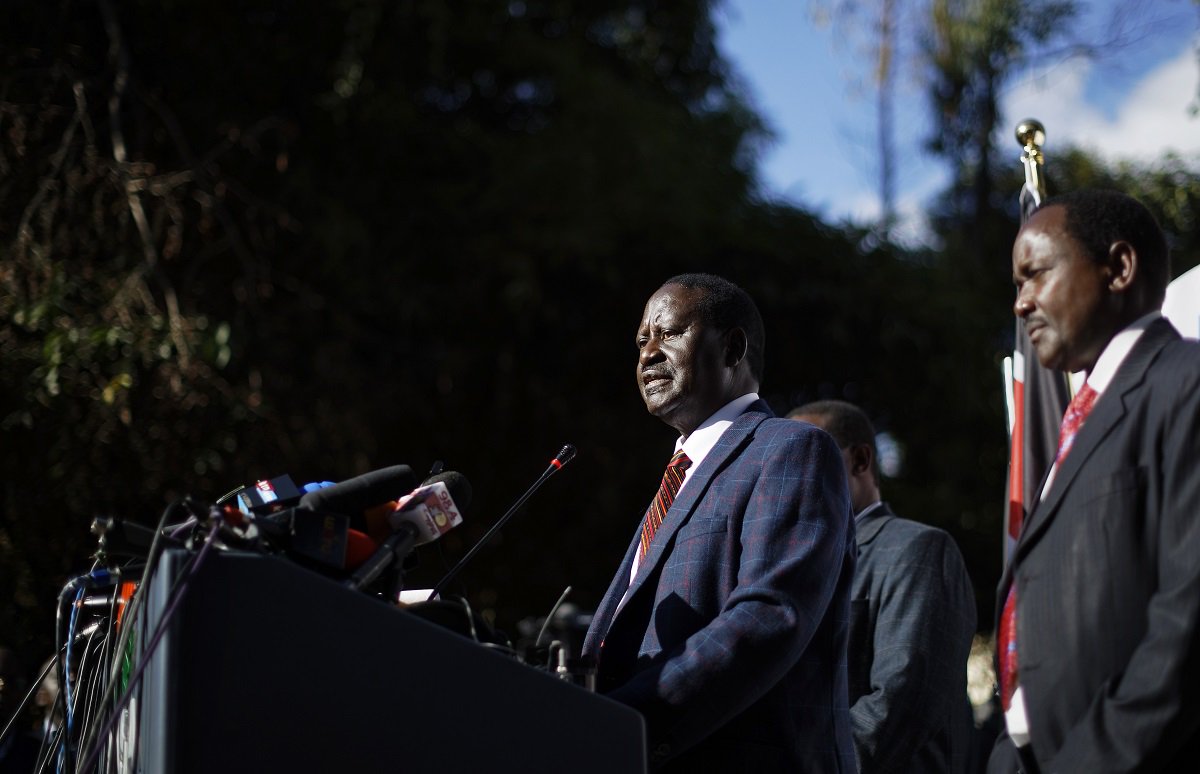 NASA Presidential candidate Raila Odinga, as reiterated that NASA won’t participate in the upcoming elections should IEBC maintain the same team that bungled the election. While addressing his supporters in Kibra, Raila said he doesn’t have hope I’m the current IEBC set-up to conduct a fair and free election.

This is coming at a time when Jubilee has threatened NASA to go ahead with their election boycott plan and will instead swear in Uhuru as the President. After a series of what now seems like a conspiracy to feign division within IEBC top management, the electoral body held a retreat in Naivasha at the Great Rift Valley Lodge belonging to the Kenyatta’s family over the weekend.

In a mind boggling move, IEBC CEO Ezra Chiloba was tasked to oversee the 17th October election. The irony and disgust of this all is the fact that, IEBC has done no change to the body and the same people who mismanaged the nullified elections are once again they poised key players. Ideally, expecting the corrupted officials who’re clearly servants of bigger client in bungling the election, cannot and will not deliver a fair and credible election. Moving a monkey to a new forest doesn’t change the monkey in it.

Kenya spent probably highest amount in Africa or not the world in the election, Sh. 40Billion was spent on an election whose end results has shown no election was ever held. It will be insanity for anyone to think and support the idea of maintaining same fraudulent characters and for a minute trust them to run the show differently.

It doesn’t come as a surprise that Jubilee is yet to be heard it seen to castigate IEBC on their incompetence that eventually led to the cancellation of Uhuru’s presidency. Instead, Jubilee has kept IEBC off the blames instead channeled their bile on the judiciary. Joining the dots, you can’t help but notice the close and friendly relationships Jubilee and IEBC enjoys such that the main culprit has to be shielded. Jubilee has so far endorsed the Chiloba led team to oversee the election. David Ndii in his Saturday Nation column, made a sharp conclusion that “thieves who are cheated by their accomplices cannot take them to court or go around badmouthing them. The only enforcement mechanism that drug cartels and other crime syndicates employ is violence against their own.”

New conditions set by NASA to IEBC failure to which they’ll boycott the election.

1. Forms 34Bs
• All Forms should be preprinted indicating names of polling stations and candidates.

• Returning Officers to physically fill in the Forms and make a formal announcement at the Constituency level. The above process to be done in the presence of agents, media, observers and the public.

• There should be no use of Excel documents in filling results Forms.

• All Forms to be standardized.

• Another printer should be contracted to print ballot papers and results declaration Forms in the fresh elections.

3. Election Monitors
• Introduce election monitors selected from a multisectoral group to have a role in signing off for elections materials and results declaration forms at polling stations and the Constituency tallying center.

• Elections Monitors to sign off on the Forms 34As and 34Bs before the results are announced.

4. Returning Officers
• A new slot of returning officers to be appointed for all the 291 constituencies

• Current serving ROs to remain as Constituency Elections Managers and not play any role as Returning Officers in the fresh elections but provide logistical support to the appointed ROs.

• Appointment of ROs should be from a pool provided by political parties of nominees.

• Posting of ROs should be done through open balloting in public to determine constituencies where the officers are to be posted.

• Commission to proactively announce exact number of persons who have voted at 5 pm based on tabulations from KIEMS Kits before the counting starts.

• Elections results to be announced at the Constituency level. Only scanned images to be sent through the KIEMS kits or results transmitted by Presiding Officers and Returning Officers may be tabulated. 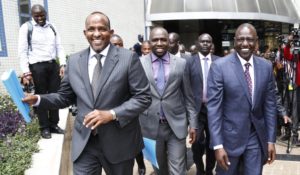 Jubilee leaders led by DP Ruto leaving the Anniversary Towers where they held a consultative meeting with IEBC officials. They expressed their confidence in the newly constituted team to deliver a free election.

• National tallying center should not display results before they are verified and announced at the constituency level. No results should be displayed unless political party and candidates’ agents are given full access to all transaction logs and databases.

• Candidates’ agents should be part of receiving teams at the constituency and national tallying centers. Receiving teams to verify all Forms 34As delivered and confirm that accurate entries are made on the Forms 34Bs and sign off before announcement is made.

6. Candidate Agents and tallying center
• Candidates agents should be present at all levels and processes of the elections. these include the deployment and receiving of elections materials.

• Candidates should have IT agents present to oversee the entire IT infrastructure of the Commission and be present or have access at all data centers, where controls are maintained and servers hosted/configured.

7. ICT Infrastructure
• Independent International Experts should be engaged to manage the entire ICT framework of the elections with close supervision of the Candidates agents and the IEBC.

• IBM was contracted to provide end to end security testing of the KIEMS system. IBM to be allowed to provide security and monitoring of users, networks and servers used in results transmission.

• Administrator and root accounts must be disabled on KIEMS servers. All system administrators accessing the servers must use their own accounts.

• IEBC to avail API to be made available to all stakeholders in time and relevant documentation.

• Commission should provide full information on the following;

• Physical view and inspection of IEBC servers, portal access to the servers and IP addresses of all 20 servers.

• Full access and copy of all servers and databases it is using.

• Disclose all support partners with SLAs and escalation matrix.

• Entire enterprise architecture of the landscape.

• Telkom and network structure with all service providers (provide agreements and implementation details.

• Transaction logs of all databases and servers. 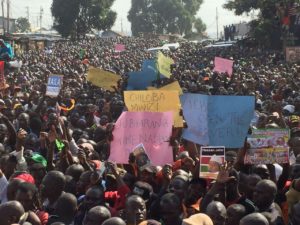 A section of the crowd at the NASA rally in Kamukunji Grounds, Kibra, Nairobi.

9. Complicit Elections Personnel
• A scrutiny of the Forms 34Bs from the constituencies showed that 80 constituency Forms were fake and therefore illegal. Officers who were complicit in processing results through these illegal Forms being the respective returning officers and national tallying center officers who allowed the illegal documents to pass as results should not play any role in the fresh electoral process.

• Officers who also facilitated the display of figures purporting them to be results but which at the Supreme Court hearing were disowned by the Commission as mere statistics should equally be barred from participating in the fresh elections.
These officers include;

Sensing Betrayal, Ruto Rises To The Occasion Against Uhuru