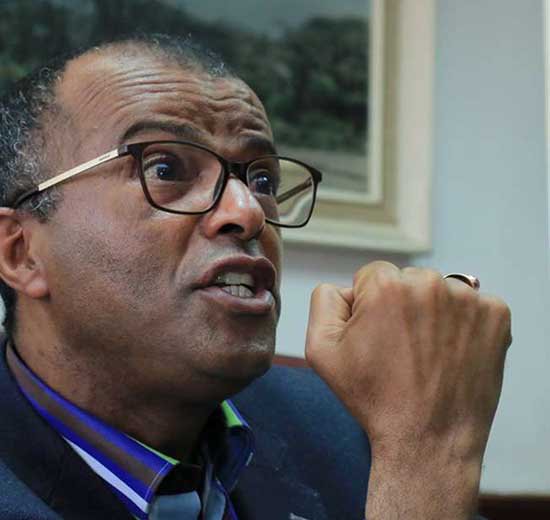 The Judicial Service Commission (JSC) has shortlisted 10 candidates for the position of Chief Justice ahead of their interviews from 12th to 30th April 2021.

The commission says in an advert in the local dailies that it received 13 applicants for the position of CJ and shortlisted ten.

While nothing is definite, walls have ears and there has been murmurs that the race for Maraga’s successor could shrink down to three who’re the leading contenders; Fred Ngatia SC, Philip Murgor SC and Justice William Ouko.

The office has attracted a lot of interest not only in the political affiliations but in the legal fraternity. According to an article on local whistleblower newspaper, Citizen Weekly,  there is a plot by so called Karen Gang to impose Ngatia as the CJ.

“A plot has been hatched by power brokers in the legal fraternity to have senior counsel Fred Ngatia become the next Chief Justice to replace David Maraga who has since retired.

Weekly Citizen has information the lawyers commonly known as the Karen Gang were instrumental in convincing Supreme Court judges not to apply for the CJ positions since majority of them had nullified the presidential 2017 elections and the powers be were not comfortable with them. The Karen Gang has lawyers Paul Muite, Ahmednassir Abdullahi, New York-based Makau Mutua and Tom Ojienda. The group has also brought on board Law Society of Kenya president, Nelson Havi.

The gang boasts to be able to influence members of Judicial Service Commission to appoint CJ favourable to them.” The newspaper is quoted.

It then goes further to explain why the ‘Karen Gang’ have resorted to endorse and install Ngatia as the CJ. “Why Ngatia? one may ask. First, Ngatia was Uhuru Kenyatta’s lead counsel together with Ahmednassir during the nullified presidential elections. To them, Ngatia has political connections in the corridors of power to help him be the next president of Supreme Court. Second is the fact, age is on his side. To the gang, Ngatia will be a stop gap CJ as one of them accumulates years and then takes over when time is ripe.” 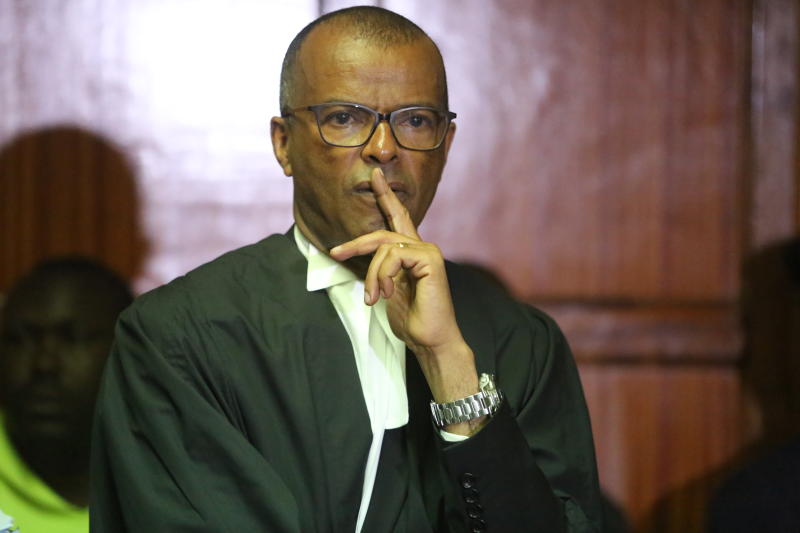 Murgor in his thoughts.

The article largely downgraded Ngatia and why he wasn’t suitable candidate and a puppet of the ‘Karen Gang’ it also brought in the tribal balancing aspect which dropped at the door of another candidate.

“Source within the judiciary have divulged that power brokers within both the judiciary and State House are keen on having an outsider take over the top judiciary position. It has since emerged that the popular feeling is that a member of the Kalenjin has never held the position of Chief Justice. Further, the community is not represented in Supreme Court. Regional balancing has in recent years taken centrestage in the appointment of state officers and constitutional office holders in the country.” It read.

However, in a quick rejoinder, Ahmednassir Nasir who was amongst those names in the ‘Karen Gang’ swung into action pointing fingers at Philip Murgor for sponsoring the story which he terms as propaganda on a tabloid.

Even with a tabloid, you have to be SMART in PLANTING a story…but when you pick on a MOTLEY of IMAGINARY ENEMIES…God help you! @ProfOjiendaTom @omwanza @NelsonHavi pic.twitter.com/vSC2njsGlj

Omwanza Ombati an associate lawyer with Ahmednasir replied, “Philip should just face the interview the old school way. Let him come with his CV and thoroughly prepare. No short cuts!” From this point, it became apparent that Murgor was under attack.

LSK President Nelson Havi whom was also named as member of the gang, hit back terming the attempt as deplorable.

And put your mugshot there for all to discern how gullible you are! Deplorable! https://t.co/K9DH2hKZTD

Havi has not been holding back his horses and the two have had nasty exchanges before.

We may need to retrieve and review the record of your conduct as a state prosecutor under Bernard Chunga to determine who and what you really are. The case of Honourable Gitobu Imanyara, who you arraigned in Court at 7.30pm may be a good starting point to quieten you forever. https://t.co/mrcSuR1Uk1

Mr. President, don’t forget when an innocent soul who was resting peacefully in his grave was exhumed in a framed murder charge!

The case in reference is Criminal Case 229 of 2003, REPUBLIC V KAMLESH MANSUKLAL DAMJI PATTNI [2005] eKLR where Pattni was accused of murdering his bodyguard Fredrick Wilhem on March 24th 1994.

Pattni was arrested for the murder as the suspect on 13 Nov 2003. Murgor was personally pursuing the case and the body was exhumed for autopsy. The case would later die and Pattni acquitted of murder.

The defeat of the prosecution in the Kamlesh Pattni murder trial did not come as a surprise to those who keenly followed the proceedings. Director of Public Prosecutions Phillip Murgor had presented witnesses who liberally contradicted each other.

Another case that is likely to arise during the interviews is how Murgor defended President Daniel Moi during the petitions filed after the first multiparty elections in 1992. Moi who ruled for 24 years with iron fist, was viewed as a ruthless dictator who jailed, maimed his dissidents.

Another case that will be giving Murgor hard times to explain is that of Nation cameraman Clifford Derrick Otieno who filed the criminal proceedings against the First Lady on 16 May alleging assault and malicious damage to property at the Nation Media Group’s newsroom.

According to the facts of the claim, the First Lady entered the Nation’s offices on 2 May and assaulted Otieno and damaged his digital video camera recorder valued at Sh. 180,000. The First Lady had apparently gone to the offices to complain about the portrayal of her family in the media. This case was unceremoniously terminated despite protests. Murgor was by then the DPP and signed to expunge the case. With threats to his life and family, Otieno was forced to go into hiding in South Africa.

How many newspaper interviews have we seen Murgor sponsor since Maraga left?

It now seems he's very desperate for the job and that will make it hard for him to get the job.

He should go slow!

Critics allege that Murgor has been on PR overdrive sponsoring articles to sell his agenda but that really shouldn’t be an issue. In an interview with The Star, Murgor says he’s the best man suited for the job.

In Mr Murgor’s bag of successes, the Master of Law holder from the University of Nairobi, cites major cases, including the Goldenberg, represented the government and the Central Bank of Kenya in these cases, Kenya recovered billions of shillings that had been stolen while the perpetrators were also brought to book.

In another interview with Business Daily talking about his ability to fit into CJ’s foot, Murgor was asked about his short lived stint in the ODDP and if they were his proudest moments, “That’s where I made a mark in my career. I took over at a time when public prosecution in Kenya was considered dead.” He says.

Murgor attracts praises as much as he attracts criticism.

Philip Murgor; one of few fearless, selfless and rule of law driven Senior Lawyers around town. I would put him in the same category with Dr Khaminwa, Hon Orengo, Hon Omogeni and Hon Dr Otiende. Of course, there are more others but the space is not sufficient to list them all. pic.twitter.com/wphTzsx4tT

Boni Khalwale: I know Philip Murgor very well, he is not a corrupt man; you cannot pay him to get a particular outcome in a case #DayBreak pic.twitter.com/ABO3zv2sO1

Murgor served under Kibaki as DPP between 2002-2005, in his tenure, he undoubtedly went hard on corruption cases, it now remains in the hands of JSC and whether his anti-corruption profile would propel him to the country’s next Chief Justice.