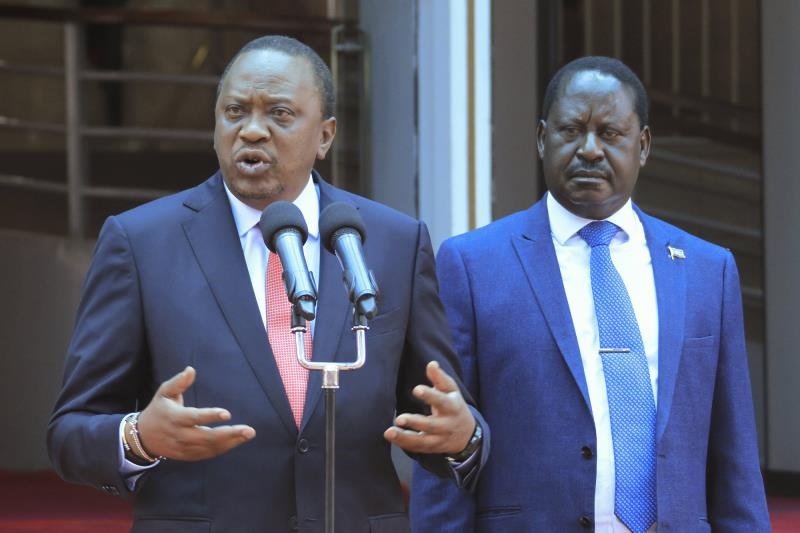 Kenya’s intelligence chief Philip Kameru has joined several of Uhuru Kenyatta’s other advisors in urging him to distance himself from his supposed ally Raila Odinga. Kameru, one of President Uhuru Kenyatta’s most important advisors, is already concerned about which candidate the Kenyatta clan will endorse for the presidential election in August 2022. The head of state has not yet named his would-be successor but even though all eyes are on his former rival Raila Odinga.

On the other hand, to resume his presidential campaign, Raila Odinga’s closest advisors are urging him to put an end to his alliance with President Uhuru Kenyatta. That’s all according to February’s intelligence cables.

Incidentally, the rift between Uhuru and Raila has widened in the past weeks as more evident in the recent by elections where statehouse was seen to be supporting candidates not aligned to the handshake agreement. Elgeyo Marakwet Senator Kipchumba Murkomen, outspoken ally of DP Ruto was the first to hint at the possible divorce between the handshake partners when he said that Raila was being blocked firing freely accessing the statehouse as he previously used to punting at a troubled marriage.

While Raila and Uhuru previously used to be seen together in functions and praising each other in different functions, the frequency of the appearances has tremendously reduced just like in the case with DP Ruto. The two handshake partners were left seen in statehouse on 25th February in many read us a coerced meeting which brought together Raila’s former NASA coalition mates.

In the latest outburst, ODM politicians allied to Raila have been alleging that former NASA principals; Mudavadi, MusyokaMusyoka, Wetangula and KANU’s Moi have been sneaked in by statehouse cabals to shortchange and replace Raila in the system’s 2022 succession equation.

This would then be the basis of divorce ground in the imminent Raila/Uhuru rift. In the middle of the circus is also PS Kibicho a powerful civil servant in statehouse seen to be in top of business of the state after the president since DP is nothing but just a symbol of his office with no powers. ODM are disgruntled that BBI which is the only initiative holding the handshake by the G-String had been slid to the use by Kibicho who’s perceived to be part of the deep state hell bent not to see Raila ascend, taken over the operations of the secretariat of BBI.

To stamp Kameru’s advice, it wasn’t surprising to keen eyes that Murang’a Senator Irungu Kang’ata who comes from Uhuru’s backyard issued an early warning to Kenyatta that he risked being left with egg on his face. In a bold letter to the President obtained seen by this writer, the lawmaker said he came to the conclusion that BBI is unpopular in Mt Kenya. 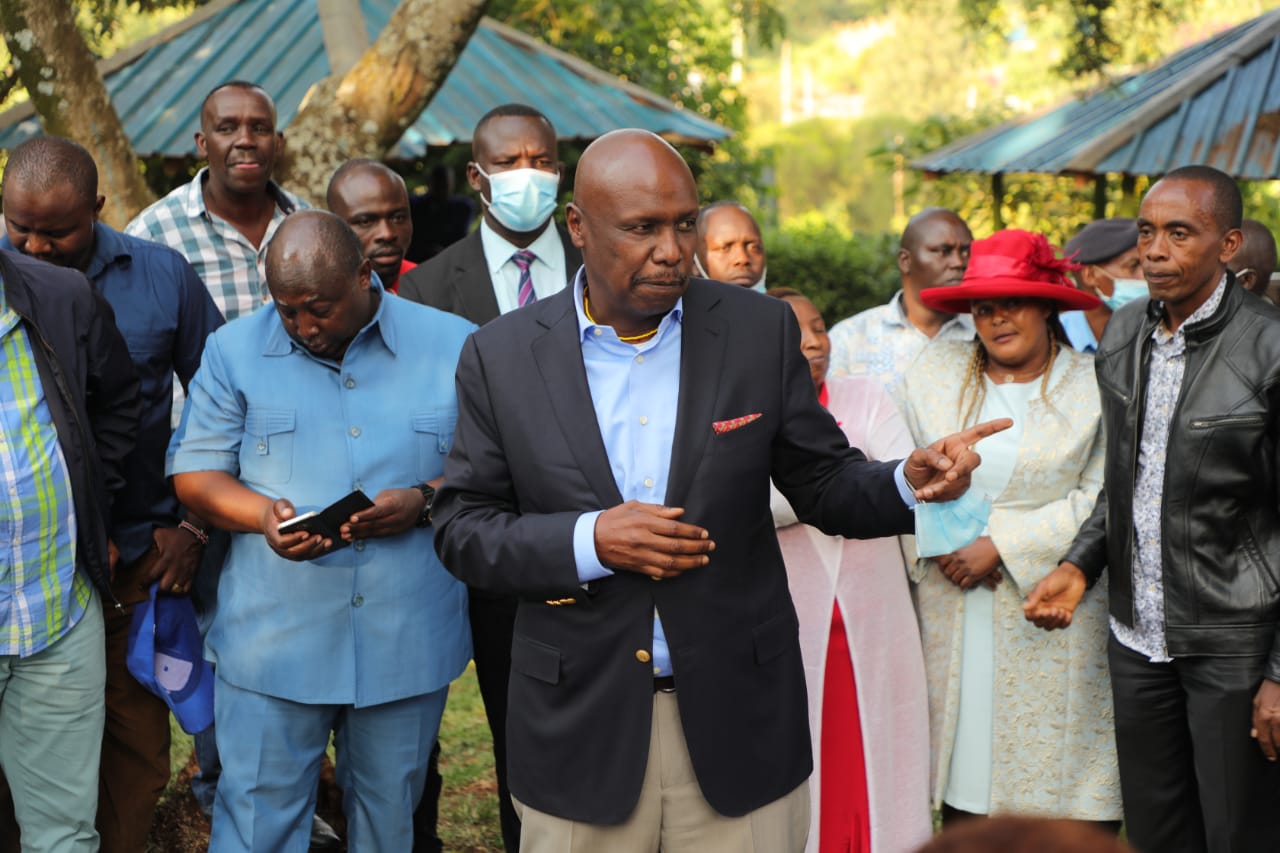 Senator Gideon Moi surprises revellers at a local joint in Banana Hills, Kiambu after he stopped for nyama choma and a little chat. He was joined by His Kiambu county colleague in the senate Hon. Kimani Wamatangi on 7th March.

Kang’ata was consequently dethroned and replaced with Wamatangi as the Senate Majority Whip, he immediately joined Ruto’s camp which is a story for another day.

While ODM brigades accused the cabals of 2022 underplaying, one thing has been consistent and it’s not accidental, that post referendum, succession politics will not be hanging out on handshake, Uhuru and Raila have reiterated this. “The president and Raila have always been clear about BBI that its not about 2022.” says David Murathe, Jubilee Party Deputy Chairman.

Uhuru was facing a backlash in Mt. Kenya as Ruto’s allies had sold the hot cake that BBI was allied to Raila knowing well of the the sellable Railaphobia phenomenon in the area, it took Uhuru to hold Sagana convention where he personally talked to stakeholders in ant Kenya politics and it’s on NIS advise that Uhuru convinced them the BBI had nothing to do with 2022.

To cut the long essay short, the two principals are fully briefed, Raila in the past weeks has embarked on consolidating his base support, last week he spent in the coast and expected to expand, he’s looking forward to contest, on Sunday in Kibra, Nairobi ODM leaders led by George Aladwa declared Raila the ODM’s candidate saying their won’t be a grassroot election thereby shoving away other hopefuls as Joho and Oparanya whom insiders view as planted by opponents to cause circus before storming out to standby alternative parties.

Meanwhile, in Mt. Kenya, pro BBI campaigners led by PS Kibicho are boldly telling locals that the referendum and 2022 are distinct and should not be viewed as a Raila project. That alone tells the whole story.

Analysts says that Uhuru is likely the key determinant to who’s going to be Kenya’s next President with him boring to retire, with Raila and Ruto out of the way, Uhuru promised a surprise candidate whom we’re yet to know all we know is it won’t be Wetangula in that equation but the president is fully briefed by the intelligence sources so we wait and see whom he’ll front to face Raila and Ruto.

Related Content:  VIDEO: Nairobi Governor Evans Kidero and Senator Mike Sonko Engage in a Physical Fight
Kenya Insights allows guest blogging, if you want to be published on Kenya’s most authoritative and accurate blog, have an expose, news TIPS, story angles, human interest stories, drop us an email on [email protected] or via Telegram
Related Topics:
Up Next

How Murkomen is feeding on Ruto-Toglos beef

How men Raila ditched in NASA returned to scatter the handshake