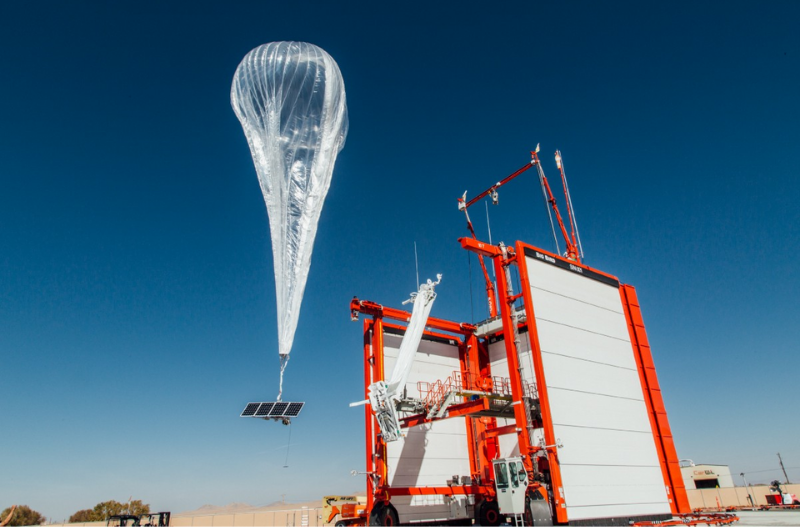 A larger fleet of Loon balloons is heading to Kenya after successful launches from Loon’s launch site in Puerto Rico. These balloons will join the eight balloons that are already active and part of a network integration exercise in Kenyan airspace.

Upon arrival, these balloons will continue network integration testing with its local partner, Telkom Kenya, in preparation to begin serving users as quickly as possible. The recently launched balloons are expected to gradually begin arriving in the coming few weeks.

The Loon service will seek to use its 4G/LTE Internet solution to connect unserved and under-served communities in Kenya. Initial coverage areas have already been identified, starting with Nairobi, Machakos, Nyeri, Nakuru, Kitui, Nanyuki, Narok and into Kisii.

“These balloons will be used to expedite integration testing of this pioneer LTE service. We will glean off insights from those tests to fast track integration of all other balloons that have been dispatched from Loon Inc.’s launch sites and are to arrive in Kenya over the coming few weeks,” says Telkom Kenya’s CEO, Mugo Kibati.

“Once the balloons are in place, this new technology will complement Telkom’s ongoing strategy to further widen its network coverage, confirming the telco as Kenya’s preferred data network.”

The Journey to Kenya

The balloons will make their way to Kenya by navigating wind currents 20km above the Earth’s stratosphere. At that height, winds travel in different directions at different altitudes. While the wind at 20km might blow one way, the wind at 19km might blow another.

Rather than flying against the wind at a given altitude, the balloons move up or down to ‘hitch a ride’ on a favourable current. The balloons conduct this navigation autonomously, with constant human oversight, and have a lot of experience flying in the stratosphere. To date, the balloons have flown over 40 million kilometres – enough to make 100 trips to the moon.

Coming Back to Earth

An important part of deploying the balloons is ensuring their safe and secure journey back to the ground. The successful landing of a balloon begins before it is even launched. In the weeks before a balloon is scheduled to come out of service (decommissioning), Loon and Telkom will work closely with local air traffic control officials and ground partners to finalise this plan and prepare for the actual descent and landing.

All of this preparation allows for a balloon to safely and efficiently land when the time comes.

Andre DeSimone, CEO Kestrel Capital Sues CMA To Be Cleared Over KenolKobil’s Insider Dealing He Was Caught In