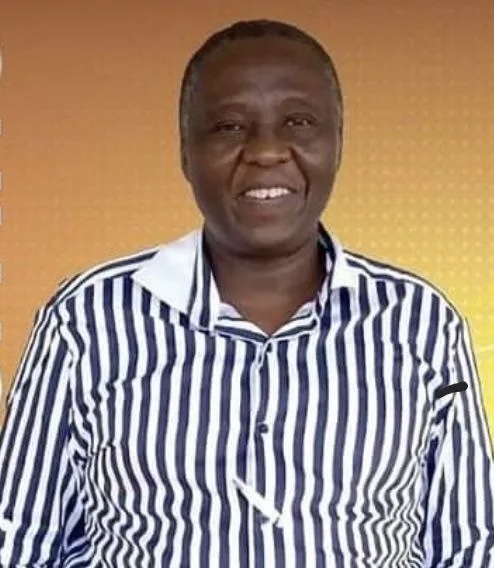 Fraud accusations against Deputy Commissioner For Co-Operative Development Hesborn Mbuthia Kiura have emerged following a letter addressed to the DCI by a whistleblower calling for investigation into has been labeled as abuse of office, forgery, fraud , misrepresentation, corruption and conspiracy to defraud by Mr. Mbuthia ego also happens to be the liquidator of Dagoretti Nyakinyua Sacco and Mr. Jimmy Kagoni amongst others.

In a letter dated 28th November 2022 seen by Kenya Insights and addressed to the Directorate of Criminal Investigation.Mr. Mbuthia is being accused of allegedly running a well organized criminal enterprise running a well organized criminal enterprise together with a few appointed agents to defraud and disenfranchise the long suffering members of Dagoretti Nyakinyua Sacco.

In his position as the liquidator of the Sacco and being in full control of the assets and operations of the Sacco, including large parcels of land in Naivasha, Nakuru and Gilgil, the whistleblower has included in his report that Mr. Mbuthia has been involved in large scale corruption and fraud on daily basis.

“These criminal enterprise began in the year 2020 after The Acting Commissioner for Co-operative Development extended Mr. Hesbon Mbuthia Kiura’s tenure as the liquidator of Dagoretti Nyakinyua Savings and Credit Co-operative Society Limited. Mr. Kiura who had reached the age retirement was reappointed under mysterious circumstances as the liquidator of Dagoretti Nyakinyua Savings And Credit Co- Operative Society Limited after his first term as liquidator came to an end. Consequently a plot was hatched by Mr. Kiura and his associates and in particular his partner in crime Mr Jimmy Kagoni, who is the immediate former CEO of Ekeza Sacco to defraud and enrich themselves by selling of 500 acres of the Saccos land. Mr Kiura subdivided the 500 acres land into 5 acre blocks and then purported to appoint a liquidation committee to sell of the 500 acres the same committee comprising of his own close associates.” The report says in part.

“This liquidation committee in collusion with Mr.Kiura and Mr Jimmy Kagoni, purported to appoint certain companies to act as sales agents in the sale of this 500 acres of land.” It continues.

“These companies in collusion with Mr Kiura have been actively advertising in various broadcast media platforms and selling of the 5 acre blocks at double the value of the land and not only giving themselves hefty kickbacks and commissions which are shared with Mr. Kiura but also appropriating and sharing out half of the sale price among themselves. This daylight fraud is happening everyday to the detriment of the members of Dagoretti Nyakinyua Savings and Credit Co-operative Society Limited.” The report further says claiming that Mr Mbuthia is well aware of the facts together with his associates.

While calling for a full investigations into the matter, the whistleblower is requesting for liquidation of the savings firm’s accounts to be frozen, a look into the various sales details of parcels of lands and those still under processing to ascertain the fraud claims.

He’s also accusing Mr. Mbuthia of breaking the law, “Mr. Hesborn Mbuthia Kiura in his position as a public officer and entrusted with the assets of the people of Kenya has with impunity breached and continues to breach various laws including the constitution of Kenya, the Sacco Societies Act, and the penal code aided by Mr Jimmy Kagoni and various associates.” The report claims.

It further goes to call for investigations into the operations of Promitto Sacco which he alleges is an affiliate of the failed Ekeza Sacco and was simply rebranded to disguise the outfit and that it’s supposedly owned fully by Jimmy Kagoni.

It also questions how the CEO who was appointed by the government to help revive a collapsed Sacco that defrauded the public of their hard earned money, turned to be a hyena a stole from the same sacco and changed its name.

“Promitto is operating fraudulently and with participation and full knowledge of the same Mr. Hezborn Mbuthia Kiura who is a beneficial owner of this fraudulent company. Mr. Hezborn Kiura and Jimmy Kagoni have been investing the money they defraud from Dagoretti Nyakinyua Savings and Credit Co-operative Society Limited in there new private entity Promitto Sacco which in reality is Ekeza Sacco after they changed the name and nature of Ekeza Sacco to Promitto Sacco without the knowledge of the members of Ekeza Sacco some who have never recovered their money to date.” The report goes on to claim. An investigation by the Co-operatives ministry discovered that the Thika-based Calvary Chosen Centre bishop and his wife withdrew Ksh1.5 billion to their personal account.

Ngari was taken to court and charged with fraud, but Ekeza management and members reached an out-of-court settlement and the case was withdrawn on October 18, 2019.

While calling for thorough investigations, the whistleblower says, “this is a conspiracy between two people entrusted to manage the assets and money of hundreds of thousands of good and hard working people of Kenya and instead Mr. Kiura and Mr. Kagoni decided to conspire and defraud Kenyans to enrich themselves and their families.”