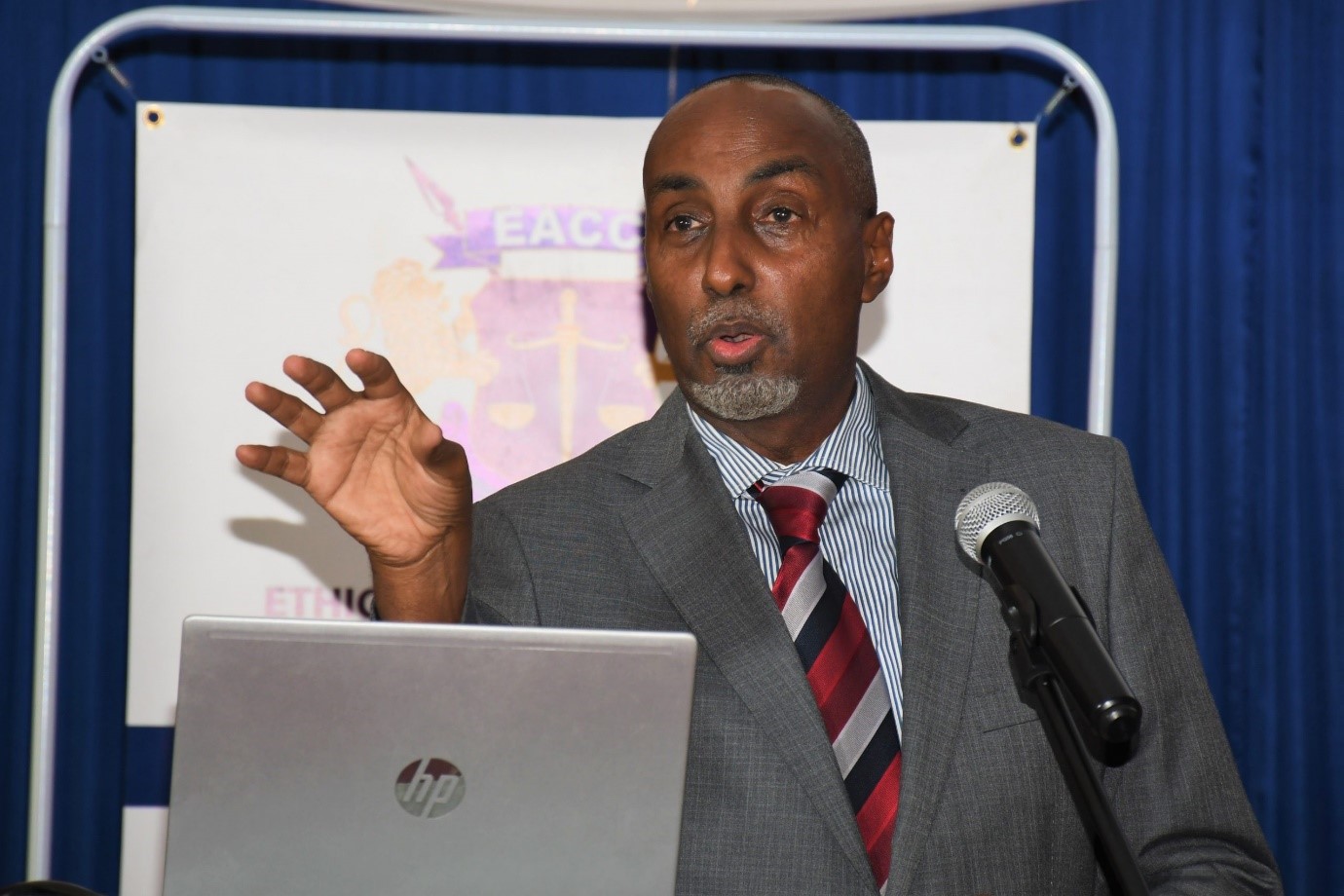 Two Americans have sued a senior official if the Ethics and Anti-Corruption Commission (EACC).

Ibrahim Ali Osman and Bishara Abdulrahman Nassir accuse EACC’s Deputy Chief Executive Officer over harassment Abdi Mohamud of harassing and threatening them over a parcel of land they acquired in Garissa County.

Ali and Abdulrahman say in a petition at the High Court that they are fearful that the Deputy CEO may make good his threats and indiscriminately deny them their right to quiet possession of the suit property.

They have sought orders restraining Mohamud, his agents, employees or servants from interfering with their, quiet possession of property known as LR NO GARISSA/BLOCK/ 1/259.

“This Court be and is hereby pleased to issue conservatory order restraining Mohamud, their agents, employees, servants, accomplices or any other person from interfering with the petitioners herein, quiet possession of property known as LR NO GARISSA/BLOCK/ 1/259 pending hearing and determination,” urged the Americans.

“In order stop to the impending wanton, unwarranted and illegal actions; there is need to immediately restrain the 1st Respondent and his agents lest they imagine that they are above the rule of law,” says the Americans.

They allege that they purchased the land from Dahir Omar Abdallah for Sh20 million.

According to court documents the land was initially owned by Abdallah who acquired ownership on 9th December 1994.

The duo claim they purchased the land with a view of constructing a permanent home and they began development on the land.

Related Content:  How Tullow Oil’ Is Involved In A Sh16B Tax Evasion Tussle With KRA

But they said Mohamud has on two occasions frustrated their attempts by bringing goons to demolish any ongoing developments.

The petitioners claim that Mohamud is using his influence and power to intimidate any person who tries to stop him from harassing their quiet possession including the Garissa Police officers.

It is alleged there was a dispute back in 1994 concerning ownership of the said land but the issue was settled by a Garissa Court where Abdallah successfully proved ownership of the property.

“It is clear that Abdallah passes a good title to us and as such we should be able to enjoy quiet possession of the parcel of land,” said the Americans.