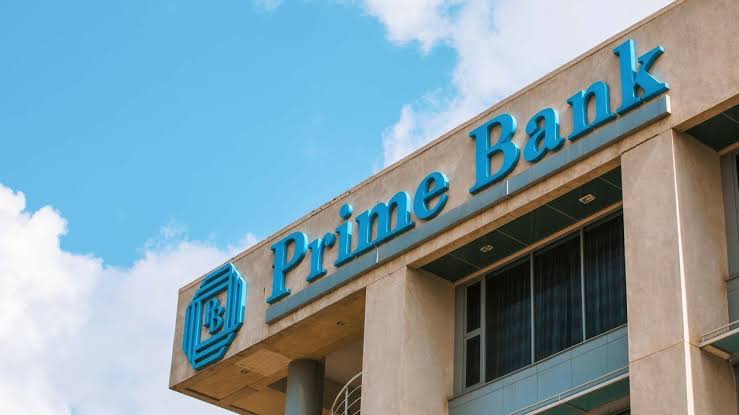 The family of the late Asian tycoon Harrish Devani are accusing Prime Bank chairman Rashik Kantaria, Amar Kantaria, the bank’s executive director, directors VN Ponda and SK Shah all Asians of having taken advantage of their ailing son, Raj Devani to break his marriage and go ahead to loot the family’s multi- million properties. But lawyers in many cases involving Prime Bank say,the Devani case is just a tip of the iceberg as many borrowers have fallen prey to inside trading within the bank. 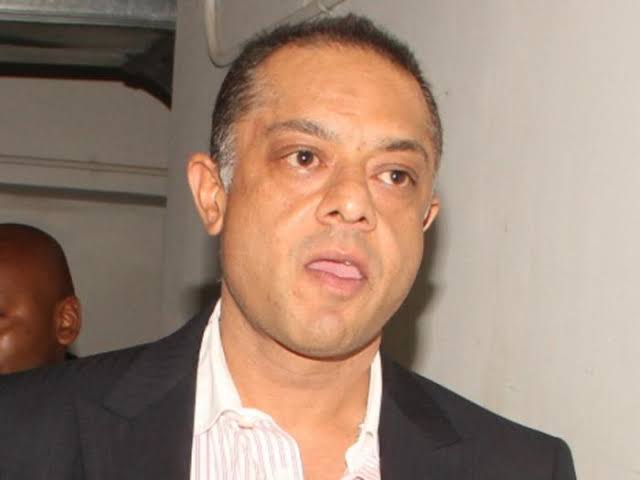 Initially, the Devanis and Kantarias were close family members but when the elder Devani died, the Kantarias started playing dirty games on the family. Briefs we have is that one of the sons of Rashik has been experiencing marriage troubles, and secretly, the family pushed to have him take over ailing Raj Russian wife, Adina Devani. Raj is related to Kenyan fugitive late tycoon Yagnesh Devani as he is his nephew.

Yagnesh fled Kenya in 2009 over Kenya Pipeline Company scandal. Bindya Harikrishna Devani (Raj’s mother) has since 2015 served as her son’s legal guardian, while the ailing tycoon’s sister Bindya Devani also runs the vast estate. Raj was admitted to Mathare Hospital for mental treatment. Raj in 2015 opposed the move to hospitalise him, arguing that it was a ploy by relatives to take control of the vast estate.

The tycoon’s mother in various court cases claims her son clandestinely transferred family assets used to his companies, and used them to loan secure more than Sh150 million in loans he defaulted.

The most contested asset is a family home in Runda valued at over Sh200 million, which Prime Bank targeted to recover a Sh150 million loan it lent Raj. The home, located on a 1.2-acre piece of land, has a three-storey a four-bedroom guest wing, and a six- bedroom staff quarter. It also has a water geyser, gym and a bar. What has surprised many is the fact that the Kantarias spared the Spring Valley residence occupied by estranged Raj’s wife.

Devani built the home in Runda with her husband who died in 2001, leaving behind an estate estimated to be worth Sh800 million. The estate also had prime pieces of land, shares in Nairobi and United Kingdom- based companies as well as cash in several bank accounts.

It has emerged that the Kantarias and Raj secretly transferred ownership of the land to Raj without consulting the family. The Kantarias even engaged a lawyer for Raj in 2015 to state that he was mentally fit and that his family was merely trying to wrest his wealth from him under the pretext that he was ill. Raj is a director of Shimmers Boutique Limited, Simkan Investments Group, Shimmers Group Limited, Shimmers Investments Limited, Sasha Holdings Limited, Jade Petroleum and Adra International. Raj and Adina have two children.

Two of Raj’s companies, Jade Petroleum and Adra International, have been linked to the Sh44 billion Imperial Bank fraud. Runda home is owned by Sasha Holdings, the firm Adra International used as security for a Sh150 million loan from Prime Bank with the help of Kantarias.

Ms Devani does not know when the suit property was transferred from her late husband’s estate to Sasha International. She does not know and was never consulted by Raj

Runda home is owned by Sasha Holdings, the firm Adra International used as security for a Sh150 million loan from Prime Bank with the help of Kantarias.

“Ms Devani does not know when the suit property was transferred from her late husband’s estate to Sasha International. She does not know and was never consulted by Raj or any other director of Sasha before, during and after loans were advanced to Adra International. She continued living in the suit property comfortably without the knowledge that it had been transferred to Sasha Holdings,” she says.

Devani and her daughter Bindya told the High Court in 2015 that Raj had since his father’s death depleted the family estate mainly due to the mental illness, and that he is unable to comprehend the basics of finance.

On January 26 2015 the petitioners, Devani and Bindya, filed a petition (Misc Petition No 6 of 2015) seeking that Raj be declared to be suffering from mental disorder. In the petition, the mother being first petitioner was to be appointed the guardian of Raj with powers to take any action necessary to seek, and obtain medical treatment for him; that the petitioners be jointly appointed as the managers of the estate of Raj with powers to take action necessary subject to the provisions of the Act (IR) for the protection and preservation The he of his estate including recovery of all monies payable to him, payment of all his just debts, management of all his businesses, execution of deeds and documents on his behalf and application for stay or such relevant action of all court proceedings  instituted by or against him; and to take any necessary action to preserve and protect his interest.

The application also sought that pending the hearing and determination of the petition, an order does issue for the preservation  and maintenance of status quo, by restraining the sale by way of private the treaty or auction, leasing, transfer or any dealing of all that property known as LR No 7785/39 (IR 30715) red Ruaka Road, Old Runda Estate, by lo to Prime Bank Ltd, its agents, employees or otherwise howsoever; and an order Raj for the preservation and maintenance of status quo of his estate including all property, shares and assets.

Related Content:  Getting Into The World Of The Rich Activists of Civil Society

On February 18 2015 the application dated January 26 2015 was heard. The petitioners reported that the respondents had been served but had not filed any response. A ruling was delivered on February 19 2015 in which the court found that Raj had been proved to be a person suffering from mental disorder who could not take care of himself or conduct his own affairs. The application was allowed.

Surprisingly after the February 19 ruling, on March 17 2015 Prim Bank Limited as an applicant filed motion dated the same day seekin to be enjoined as an interested part claiming to have been aggrieved and seriously affected by the orders made on January 26th 2015 and 19th the February 19 2015.

Prime Bank sought that the Raj orders be varied, discharged and/or set aside in regard to LR No 7785/39 Act (IR No 30715) Ruaka Road, Nairobi. The bank’s case was that the orders of had affected its rights as chargees in nt a loan granted to Adra International of Limited on the security of, inter alia, a charge over LR No 7785/39 (IR No and 30715) registered in the names of Sasha Holdings Limited (the chargor). Chargor means person or people who to signs a legal document of a property or mortgage.

The borrower had utilised ht the facilities, but had committed nd default leading to the issuance of the statutory notice of sale and notice to sell by public auction both of which by had been served. It was stated that te the directors of Adra International fer Limited included Raj, and other directors of Sasha Holdings Ltd. The 5) two directors had guaranteed the by loan facility. This information was, according to the bank, known to the petitioners, and yet they had not disclosed it to the court.

The petitioners opposed the bank’s application dated March 2015 by filing grounds of opposition and replying affidavits. Adra International Limited sought declaration that due to the mental incapacity of Raj all the deeds, actions, commitments, obligations, duties and promises in connection with any charges, guarantees, agreements and promissory notes written or oral, contained in any document or deed or memoranda be declared null and void for want of capacity.

It sought that a declaration does be issued that all actions by Raj in relation and in connection with Shimmers Boutique Limited, Simkan Investments Limited, Shimmers Group Limited and Shimmers Investments Limited and their assets especially LR No 7785/39 Runda, LR No 214/394 Muthaiga and LR No 14897 Tiwi, Kwale, be null and void due to illegality for breach of trust, and lack of mental capacity and any transfers, charges, promissory notes or agreements executed by Raj be declared null and void.

Basically, the Devani family argument was, the charge documents that the bank was relying on were not executed by Raj and if they were, he could not have understood the contents or what they meant as he was by the time mentally ill.

Further, they accused Rashik (the chairman of the board of directors of Prime Bank) and VN Ponda (a member of the board of the bank), ders among others, who were old friends of the late Harrish Devani and his wife Bindya Devani knew Raj mental condition, and had manipulated these relationships to create the said charge.

It was alleged that no monies had been disbursed following the charge. s in Lastly, it was alleged that Raj and VN Ponda were trustees in respect of the assets of the estate of the late Harrish Devani, and that they had of fraudulently betrayed this trust by or). using LR No 7785/39 (IR No 30715) who Ruaka Road, Old Runda, Nairobi to obtain the loan being sought to be recovered by the bank.

By the time of Harrish death, the property was registered in the name of Shimmers Boutique Limited, a company associated with him. The two had, however, since learnt that on May 5 2013, this company had transferred the property to Sasha Holdings Ltd.

The transfer had been executed by Raj as director of both companies. He had executed on behalf of the transferor and transferee. He had then used the property as security and had made Sasha Holdings Limited to borrow a total of Sh250 million from both the Bank and African Banking Corporation.

The family had no idea why such large borrowing had been necessary, and how the money had been spent. They did not know how, without a grant of letters of representation, Raj had been involved in the transactions leading to the transfer of the property to companies related to him.

The Devani family even annexed the transfer and abstract of title in which the borrowing and charge were indicated.

Kenya Insights allows guest blogging, if you want to be published on Kenya’s most authoritative and accurate blog, have an expose, news TIPS, story angles, human interest stories, drop us an email on tips.kenyainsights@gmail.com or via Telegram
Related Topics:Amar KantariPrime BankRaj DevaniRashik Kantaria
Up Next