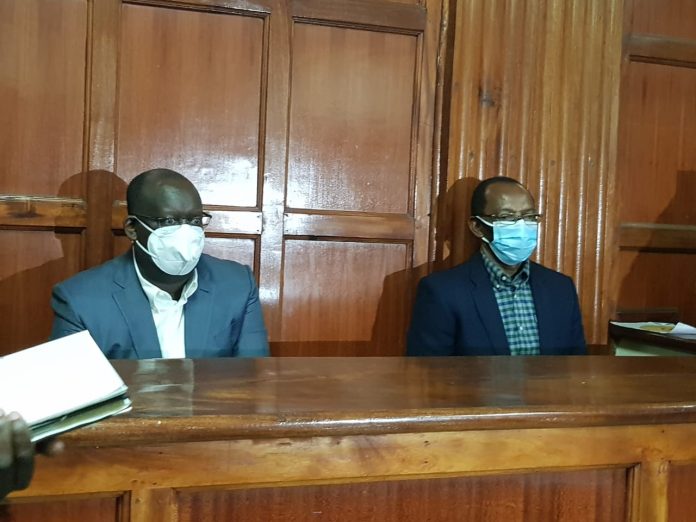 The Director of Public Prosecution (DPP) Monday appealed a decision by the court to acquit Humphrey Kariuki and 7 others over tax evasion charges amounting to Ksh 7.4 million.

In his appeal against a ruling delivered on the 8th of December by Principal Magistrate Kenneth Cheruiyot, the DPP argues that section 202 of the Constitution which was used in the ruling could not apply because the Magistrate misdirected himself in law.

“The learned Magistrate misled himself in law by acquitting all the accused persons under section 202 of the Criminal Procedure Code CAP 75 whilst the DPP was present in court and one prosecution witness thus the provisions of section 202 could not apply in the circumstances,” the petition read in part.

The DPP in the petition also faults the acquittal saying the Magistrate erred in law by failing to deliver a ruling on the merits of the application for the file to be placed before Chief Magistrate Francis Andayi for purposes of the making of an application for consolidation as prayed for by the prosecution.

The petition further faults the Magistrate for alleged errors in law and facts by reserving the matter for ruling at 11.00 am on the 7th of December and failing to deliver the same at the appointed time without giving any reasons for such failure.

The petition by the DPP came after the court acquitted the businessman and 7 others under section 202 of the constitution.

Principal Magistrate Cheruiyot in his ruling said the DPP was not ready to present witnesses even after been given three days to do so.

The DPP had earlier made an application seeking to have the matter adjourned to allow him to consolidate all the three files the businessman is facing before the court.

In his application, the DPP said his decision was advised by the fact that witnesses and exhibits are the same in all the three matters.

The DPP applied to have one of the tax-related cases before Senior Principal Magistrate Kennedy Cheruiyot mentioned before Chief Magistrate Francis Andayi for consolidation.

The businessman is facing three cases of tax evasion amounting to Ksh. 41 billion.

The other cases are on possession of unaccustomed goods and fake custom receipts.

Kariuki, alongside other senior staff of the company, were charged with nine counts relating to tax evasion.

While sanctioning their prosecution, the DPP said that an audit by KRA revealed that Africa Spirits Limited/WOW Beverages Limited had evaded the payment of tax between 2014 and 2019 amounting to Ksh 41 billion.