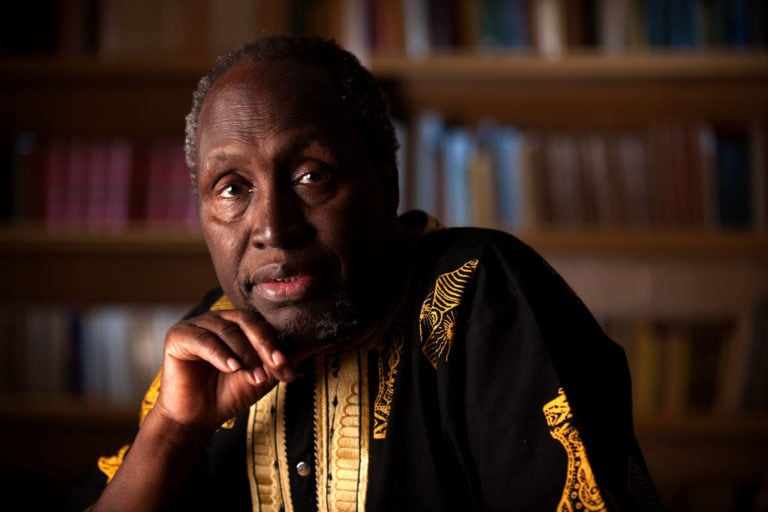 Veteran Kenyan writer, Ngũgĩ wa Thiong’o, who was thought favorite to win this year’s Nobel Prize in Literature has missed out on the coveted prize again despite being shortlisted among top authors by the Swedish Academy. The winners were announced earlier today after a sexual harassment scandal that rocked the prestigious Swedish academy last year led to n winners being announced.

Polish author Olga Tokarczuk, and Austrian author Peter Handke, were awarded the 2018 and 2019 prizes respectively. Many Africans believed this is the year that Thiongo’s incredible contribution to literature would be acknowledged by awarding him the Nobel Prize in Literature.

The #NobelPrize in Literature for 2019 is awarded to the Austrian author Peter Handke “for an influential work that with linguistic ingenuity has explored the periphery and the specificity of human experience.” pic.twitter.com/rZa1NEFMuO

The #NobelPrize in Literature for 2018 is awarded to the Polish author Olga Tokarczuk “for a narrative imagination that with encyclopedic passion represents the crossing of boundaries as a form of life.” pic.twitter.com/ebU6claM8v

The Nobel Prize in Literature is awarded to someone who has done outstanding work in an idealistic direction that adds the greatest benefit to humankind with winners taking away a cash prize of Ksh. 93million, a medal and a diploma.

Five Africans have won the Nobel Prize in Literature. Egypt’s Naguib Mahfouz in 1988, South Africa’s Nadine Gordimer in 1991, and J.M. Coetzee in 2003, and Zimbabwe’s Doris Lessing in 2007. However, the prize keeps eluding one of Africa’s most revered writer, Kenya’s Ngũgĩ wa Thiong’o who has always been projected as a favourite and this year was no different.

Before the announcement, Thiong’o’s son had posted on social media how he was certain his father would finally win it this year.