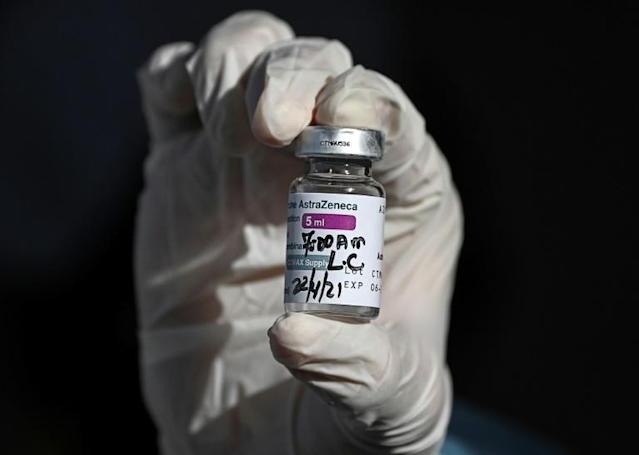 British pharmaceuticals giant AstraZeneca said Friday that its Covid vaccine generated $275 million (227 million euros) in sales in the first quarter, as its chief executive defended performance in the face of EU legal action.

It is the first time that the company has disclosed figures from sales of one of the world’s leading vaccines, which it sells at cost.

The company has delivered about 68 million doses of the vaccine, which was developed with the University of Oxford and has been instrumental in Britain’s rapid vaccination drive.

However, public confidence in the jab has been dented over links to very rare blood clots, and the company is also mired in a legal fight with the EU over delivery shortfalls.

“I don’t think we ever overpromised… more than we thought we could deliver,” chief executive Pascal Soriot told reporters on Friday, insisting there were no regrets.

“What we communicated at the time was based on the capacity that we had put together.”

Soriot noted that AstraZeneca was the second largest supplier to the EU after US firm Pfizer.

The bulk of AstraZeneca’s jab sales during the first quarter — $224 million worth — were in Europe, the company said.

A total $43 million were in emerging markets, and $8 million in the rest of the world, it added.

“Of course we would have preferred to have delivered more quantities to Europe but at then end of the day we did our very best to help the world,” Soriot said.

AstraZeneca vaccine production had been rapidly assembled following the start of the outbreak in early 2020.

“Our vaccine continues to play a leading role in the global fight against the pandemic,” Soriot insisted.

“We are seeing signs that it is reducing transmissions,” he added, citing recent UK data.

The results come at the end of a turbulent week after the European Union launched legal action against AstraZeneca over Covid-19 vaccine delivery shortfalls that hampered efforts to kickstart inoculations across the bloc.

The EU is suing AstraZeneca on the basis of breaches of an advanced purchase agreement, but the firm has dismissed the legal action “without merit” and stated that it will strongly defend itself in court.

AstraZeneca said it is due to have delivered about 50 million doses to Europe by the end of April, but that is far lower than the amount Brussels insists should have come.

The commission says overall the firm is set to deliver only a third of the 300 million doses it had promised by June.

The Covid jab revenue data was contained in a results statement showing that AstraZeneca’s net profit doubled in the first quarter to $1.56 billion from a year earlier.

The firm noted that the pandemic had caused a “negative impact” on both the diagnosis and treatment of conditions aside from Covid.

Related Content:  Coronavirus: Five Priests Including Nuns And Others Who Got In Contact With Rome Priest In Siaya Traced And Quarantined