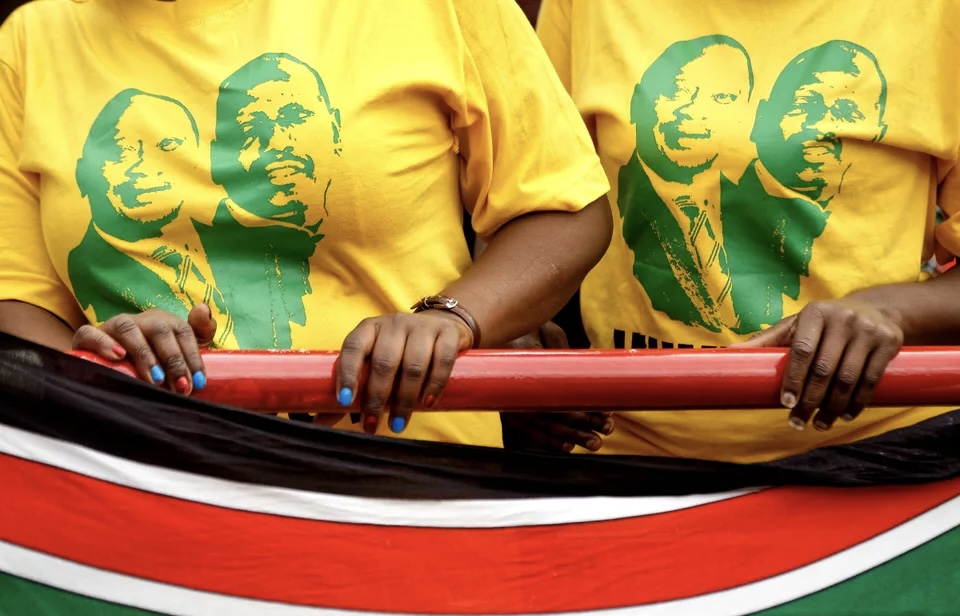 It is believed that 70% of the African countries population is made up of youths. In Kenya 25% of the Kenyan population comprises youths aged 18-34 years old, 43% of the population falls below the 15 year old age bracket. It is vital that young people play an equal role in decision making spaces and tables.

Ahead of 2022 August general elections, Aspirants and politicians have once again started to stream into our homes; playing with kids, helping mama mbogas cut mbogas, attending churches and helping us pray. They are not forgetting to takes selfies.

Even with the current leadership, Kenya is still faced with quite a number of issues, these issues are still recurring and unfortunately will be in manifestos for parties hoping to win elections come August 2022.

Some of the pressing issues for young people are around health – reproductive health. Health is definitely wealth and it is paramount that political parties hold consultative forums to widely consult on pressing issues that young people, who are the majority population and voters at the moment in Kenya on some agree on some of the desired changes.

Young people are tired of bad leaders, Leaders who they only see within their estates, houses, shops after every five years when they come to re-promise and bring the aspect of elect me again to finish up on this road, but what did you do in the 5 years that we elected you?

Politicians have access to power, resources, partners and information that they would use to improve their work and ensure better access of services, information and enjoyment of rights and freedoms as citizens of this great nation.

There is need to legislate and ensure wide access of resources to programs aimed to solve the current and emerging challenges around sexual reproductive health and rights for all persons. One of the opportunities is through political manifestos. But are political manifestos binding?

By now, we have seen so many political aspirants share posters and call themselves honorable, put up whatsapp groups and social media accounts as their start to drum up their support for votes. How do they translate their promises to actions?

Political aspirants and “old” politicians have continued re-sharing their promises, promises that we have been receivingfor the last 10 years, they are wooing the public with statements like “re-electing me and you will see CHANGE!”

I have only voted once in the 2017 election and this was after waiting to exercise my voting rights, but unfortunately most of the promises I received have not been actualized.For the longest time political aspirants have not had a huge interest in resourcing and even addressing Reproductive health issues for the adolescents, young people and the general public.

Most investments done by politicians including statements by aspirants is how they will build roads, create jobs, unfortunately health investment is not seen as a tangible product that can be spoken about by aspirants, as most citizens believe in seeing tangible things to believe that their resources are being used. Investment in health involves purchasing commodities like drugs, availing information in hospitals and in other public spaces, ensuring offline and online campaigns amongst other sort of “invisible” activities that need money but can not be seen by the public as tangible invest.

According to the 2017 Jubilee Party Manifesto, some of their health plans included: increasing the number of health facilities with community health centres, availing insurance plans for citizens, while the NASA 2017 Manifesto had planned to Establish a National Universal Health Service Fund to be funded by the public budget for curative health services and a minimal basic health insurance contribution by citizens.

The public should comprehensively understand and learn that when it comes to health, the investments can be deemed as “invisible” The invisibilities of these investments and activities around reproductive health and health in general. For instance when you invest in buying drugs and availing platforms for health information, most of the times we don’t see the ripple effect and the effect of this. But, the effect of this, is that we have a healthier nation and a workforce that is able to work and achieve maximum objectives.

Unfortunately young people continue to face reproductive health issues that can be legislated and resourced. Most of these manifestos plans on health are just generic and very ambitious and don’t really reflect the ongoing issues that young people are going through kwa ground.

Political manifestos should be inclusive and should relate to the needs of the citizens especially the adolescents and young people who are the current majority.

Alvin Mwangi is a Sexual Reproductive health and rights youth Expert based in Nairobi, Kenya.

Kenya Insights allows guest blogging, if you want to be published on Kenya’s most authoritative and accurate blog, have an expose, news TIPS, story angles, human interest stories, drop us an email on tips.kenyainsights@gmail.com or via Telegram
Related Content:  Money And Power, A Philosophical Analysis To Njoki Chege
Related Topics:2022 elections
Up Next

Crisis Pregnancy Centres is Not a Solution for Sexual Violence Survivors!