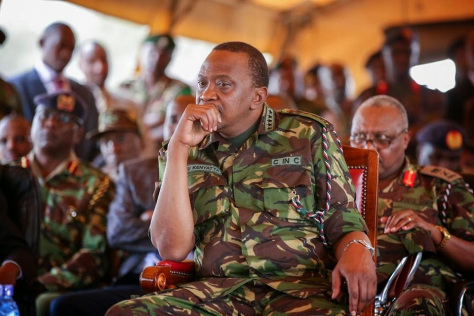 With the 2022 political wars now changing tact from verbal attacks to ‘near deployment’ of the most sophisticated weapons either side may possess, August 9 polls remain a battle between President Uhuru Kenyatta and his deputy, Dr. William Ruto.

The trading of political salvos has heightened since President Kenyatta made it public that he is backing the Opposition Chief Raila Odinga in the 2022 presidential race. Kenyatta is backing the man he beat in both 2013 and 2017 presidential polls but not his deputy William Ruto who backed him (Kenyatta) in those polls.

Ruto is feeling played and he is in the race to win it against Raila Odinga who he accuses of being President Uhuru’s project. Even pundits belittle their war as a mere imitation of a common scene in dirty politics but it is war and power is at play.

President Kenyatta has power in hands to make bold moves with it. He started with a hard hitting purge targeted on Ruto allies in the Cabinet, State Corporations, in the two parliaments and Jubilee Party where he kicked them out.

He has painted the picture perfectly that he can play smooth or even extend military. For instance, Nairobi County which was under Mike Mbuvi Sonko, a corrupt Ruto ally was put under the military man. Sonko was first made irrelevant when his tasks were transferred to Major General Mohamed Badi of Nairobi Metropolitan Services (MNS). 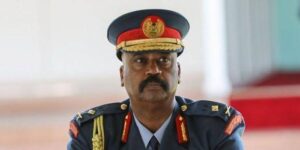 Kenyatta’s preference for the military guys has seen him deploy numbers of them in civilian functions so a lot can be expected. Deputy President is alleging that there is a ‘Deep State’ or System that can crash a small man’s dreams but he won’t allow them to steal his vote.
Related Content:  NDOLO: Peeling Back The Mask, Ababu Namwamba's Autopsy Report Is Out

Ruto must be tough enough to resist anything outside the ordinary politics’ because he is facing an incumbent who has many options to respond to a disputed vote.

If Ruto’s backyard revolts in protest of the vote then Kenyatta who has suffered many legal setbacks in the run up to the coming polls will have to flex muscles. BBI was seen as his sinister way to amend the constitution, water down presidency and to allow Kenyatta, Moi and Odinga families have a firmer hand on the next government.

A move like that may result into a serious territorial problem that may go beyond the reach of police thus pushing the president to deploy military he says are effective and his preference for a neat job.

While speaking to CNN in October 2018, Uhuru emphatically stated that he will not extend his term beyond 2022 but is now backing Odinga and his opponents are accusing him of planning to plant his successor.

And Ruto alleging that the state may be planning to rig the August vote in favor of Odinga is also a sign that no side will take a loss with humility. Kenya lost more than 1500 lives during the violence that followed the 2007 polls and the president who prefers the military for a neat job may rely on the same.

In the wise words of Carl von Clausewitz, “War is the continuation of politics by other means”. Whether the military is labeled with that scarlet word ‘political’ is not a concern but restoring law and order.

Studies have shown that arguments of whether military should be apolitical is confusing and counterproductive. Military has itself become a very intensely political institution especially in regimes where Commanders in Chief ruthlessly muzzle their opponents.

In May 2020, President Kenyatta picked a new team seen as the one he would prefer to take power when he retires after the August polls. The president made the move after making General Robert Kibochi the military boss. He created history by becoming the first non-infantry to be appointed to that position.

It’s four months to elections and already there are sharp rifts between the supporters of Ruto’s Kenya Kwanza Alliance and the President’s Azimio La Umoja Coalition. This also presents the August poll as a test to Kibochi, the first non-infantry man who made it to the military top against all odds.

Others like General Samson Mwathathe and Joseph Karangi who are the only rare fete like Kabochi came were from Kenya Navy. Kibochi was picked for his extensive and great professionalism otherwise he would have retired.

Related Content:  Being A Loyal Citizen And A Foreigner In Qatar

He is also the first Chief of Staff at the Eastern Africa Standby Force who served with United Nations as Commander of the Kenyan contingent in the United Nations Mission in Sierra Leone in 200-2001.

Right now his role includes working alongside other State agencies in safeguarding the country’s security and serving as regime protection.

Kenya Insights allows guest blogging, if you want to be published on Kenya’s most authoritative and accurate blog, have an expose, news TIPS, story angles, human interest stories, drop us an email on tips.kenyainsights@gmail.com or via Telegram
Related Topics:2022 electionsDeputy President William RutoElection violenceKDFPresident Uhuru Kenyatta
Up Next

And on the eighth day, He created Divorce. Divorce should be an option

The Return of Moral Cop, Dr. Ezekiel Mutua is bad for Creatives