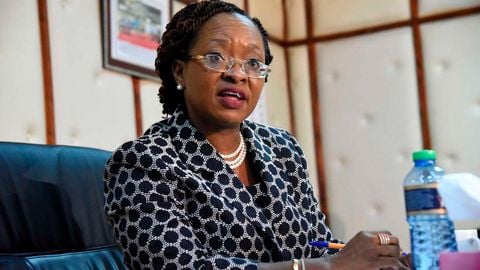 Thirty-six applicants have been shortlisted to battle it out for the four vacant positions of commissioners at the Independent Electoral and Boundaries Commission (IEBC).

The Selection Panel for the appointment of the commissioners has published the names of the 36 individuals from a pool of 660 applicants who had expressed interest to fill up the four positions.

The Elizabeth Muli led panel has also invited members of the public to  submit written memoranda or any information of interest regarding the suitability of the shortlisted applicants not later than June 25, 2021.

“It is notified that the selection panel may interview any member of the public who submits a memorandum on any of the applicants,” Muli said. 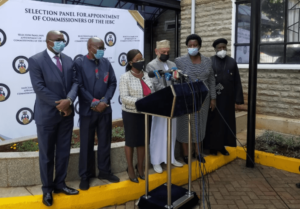 The shortlisted applicants include activists, former members of the constitutional commissions and university lecturers who are eying the four vacant positions at the IEBC.

“The youngest applicant was 23 years old and the eldest 73 years old,” Muli added.

Muli claimed that her panel will discharge its mandate with utmost fidelity to the constitution as she warned candidates that any attempt to influence the process will lead to outright disqualification.

Kenya Insights allows guest blogging, if you want to be published on Kenya’s most authoritative and accurate blog, have an expose, news TIPS, story angles, human interest stories, drop us an email on [email protected] or via Telegram
Related Topics:2022 electionsIEBCIEBC commisioners
Up Next