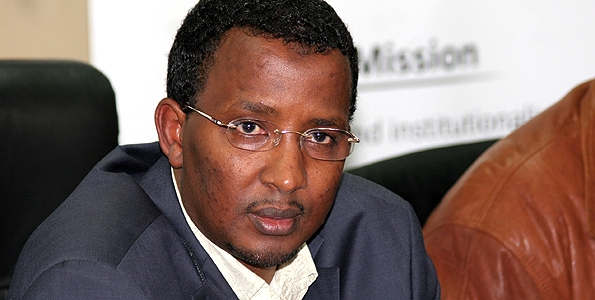 Scandals galore agency IEBC is yet again on the dwelling zone following latest audit report that has revealed how they paid up to Sh. 50M to an unnamed company to offer transport services for elections materials during the 2013 elections and the astonishing thing according to the auditor general’s report, the company was non-existent until September 12, 2014, when it was formally registered payments yet according to IEBC records were made to the firm in November 2013.

The payment was purportedly to a related company that the IEBC had awarded the tender earlier for the transport services. In a bid to clear off any trails, IEBC agreed to an irregular request through the unreferenced letter dated October 13, 2014, in which the company indicates that payments due to another firm previously contracted by the commission should be paid to it.

The company that was initially contracted for the transport failed its mandates on the initial stages according to the AG Ouko’s report, and they had inked for 27 vehicles to be used in transporting election materials and instead only five could be accounted to have been used. When the Auditor General’s office questioned IEBC on these discrepancies in draft stages of auditing, they gave additional documents for ten more vehicles instead of 22.

Verifying details of the ten vehicles revealed that some had been reported to have been in use in three different locations at the same time, making their use in assigned areas questionable. The report gives the example of vehicle registration number KAJ 482N, which the IEBC had indicated delivered election material in Malindi Region but was found to have been operating in Rongai and Bahati constituencies in the Rift Valley at the same time.

IEBC has been rocked with controversial transactions and scandals with Chickengate being the most open one where Kenyan officials including the Chairman Isaak Hassan(who has since been cleared by mischevious EACC of any involvement in the scam) alongside others like former IEBC CEO James Oswago of having been bribed by a UK printing firm as tip-off for the ballot paper printing tender award. Faced with immense integrity questions denting their credibility, the defiant IEBC team with the rock Kenyan spirit of never giving up positions have finally bowed out and will pave a way for a new team. It will, however, cost Kenya up to Sh.400M to send the commissioners home.

Kenya Insights allows guest blogging, if you want to be published on Kenya’s most authoritative and accurate blog, have an expose, news TIPS, story angles, human interest stories, drop us an email on [email protected] or via Telegram
Related Topics:CorruptionElectionsIEBCNewsPolitics
Up Next