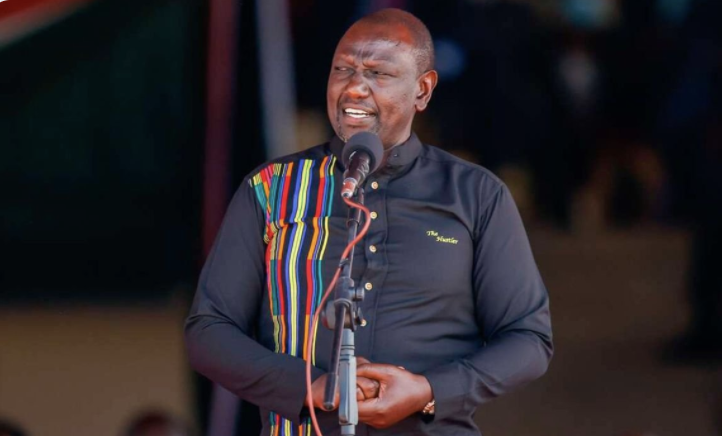 Deputy President William Ruto has expressed amazement over sentiments attributed to President Uhuru Kenyatta to the effect that the Head of State was contemplating throwing his support behind another candidate other than him.

Speaking a day after President Kenyatta hosted leaders of the Ukambani region at State House Nairobi, Ruto did not hide his dismay to claims that his boss endeavored to back their competitors in 2017.

“EUCHO!!NGAI FAFA MWATHANI!! So, what happens to the Thurakus, the kumìrà kùmèrà contingent, the 8 million of us??” He posed in his Twitter handle Tuesday morning

He said this in reference to popular saying at the time, as their supporters were rallied to vote to the last man to guarantee them the win.

?‍♀️?‍♂️??‍♀️??‍♂️EUCHO!!NGAI FAFA MWATHANI!! So, what happens to the Thurakus, the kumìrà kùmèrà contingent, the 8 million of us?? None, no youth, no woman, no man of the 8M who woke up early and voted 3 times for UK/WsR ticket merit support? Sawa tu! Tutajipanga na support ya MUNGU. pic.twitter.com/nz0oIxw86k

With a win and having confirmed another term in office for the Jubilee Party, Ruto wonders why the President may not want to support his bid to succeed him once he exits the stage.

“None, no youth, no woman, no man of the 8M who woke up early and voted 3 times for UK/WsR ticket merit support?” He asked

Sounding unmoved by the latest developments, the DP has promised to carry on with his quest to become President.

Ruto further appears displeased that during the meeting with the Akamba leadership, the Head of State pointed out that by working with the opposition since 2018, he has managed to deliver more projects during his second term in office because he was able to focus more on development.

“Working in conjunction with my colleagues, I have been able to focus on the development agenda not the political agenda,” He said.

Dear Kikuyus. WHY is Ruto obsessed with KIAMBAA? Kikuyus from Kiambaa were BURNT in a CHURCH in Eldoret. FACT. The ICC aquitted RUTO. But they did not ANSWER the KIAMBAA Question. WHO killed the Kiambaa children in a CHURCH? Dear Kikuyus, ASK this QUESTION in your MOTHER tongue.

Related Content:  Wahome Thuku: The Faking Of A Hustler
Kenya Insights allows guest blogging, if you want to be published on Kenya’s most authoritative and accurate blog, have an expose, news TIPS, story angles, human interest stories, drop us an email on [email protected] or via Telegram
Related Topics:
Up Next