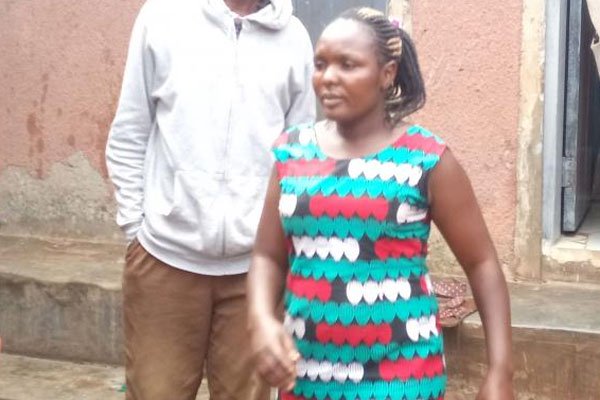 Ugandan Police have once again arrested Anne Namata who was forcefully feeding her teenage stepdaughter on food mixed with her menstrual blood. She has been remanded for two weeks at Kauga prison in Mukono District, Uganda.

The inhumane Annet Namata was first arrested in June but later went off the police radar after securing a police bond through corruption and her crooked connection with the local police.

Namata was taken to the police by her husband Yunus Lungu after neighbours alerted him that she had been mixing menstrual blood with the sauce which she forced the teenager to eat.

Even though  Namata pleaded not guilty in court on Wednesday, her husband Mr. Lungu pleaded to the court to not let her out supporting his plead with a signed police affidavit of him earlier telling the police that her wife pleaded guilty to accusations before the Kitega Women Council where she also apologized.

In a video clip, that Ugandan Police have taken down from the internet, recorded during the local council meeting, Namata confessed to the crime saying she was tempted and acted out of anger because of the preferential care that her husband was giving to the child which was not her own biological kid.

Namata told the women council that she had been ill-advised by her friends to feed the minor with menstrual blood in order to turn her into a lunatic. On Wednesday, she appeared before Mukono Grade I Magistrate Patience Koburunga who read out the charges to her but said investigations are not yet done.

According to medical research, menstrual flow contains discharge, cervical mucus, and uterine tissue, which makes it a favorable environment for bacteria and blood-borne diseases such as;

Just to name but a few of what Namata could have, and probably has infected the stepdaughter with one or even worse, all of them.  Medics equally state that blood in any form is toxic when ingested, because the body has difficulty in excreting excess iron contained in the blood.

Kenya Insights allows guest blogging, if you want to be published on Kenya’s most authoritative and accurate blog, have an expose, news TIPS, story angles, human interest stories, drop us an email on [email protected] or via Telegram
Related Topics:Anne NamataUganda
Up Next