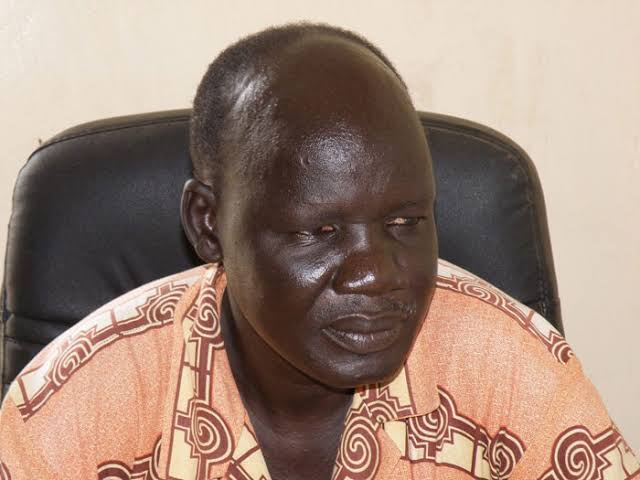 Rev. James Kuong Ninrew Dong, the newly elected moderator of the Presbyterian church in South Sudan is in trouble with Kenyan authorities. Rev. Ninrew was elected as the moderator, deputised by Rev. John Yor Nyikeer and Joseph Maker Gordon Manyiel as the Secretary General. The election was done during a general assembly of the church which brought together 17 representatives from the 8 Presbyterian churches in the country.

The election was undertaken as a result of dispute of an earlier one in December 2020 in which Rev. James Makuei was elected. Many church members said it was rigged leading to negotiations to reunite the church under the leadership of Bishop Enock Tombe. That still did not work out. South Sudan’s First Vice President Riek Machar initiated another negotiation in 2021 but still failed to unite the leaders.

These include scores of cases of Chinese, Nigerians, and South Sudanese citizens, some claiming refugee status, but whose family members who flash large amounts of cash, exotic cars, and holidays on social media. Authorities continue to investigate these cases, and as the government dragnet grows and investigators are uncovering new methods these criminals are using to support their illegal activities.

Sources close to the investigation say the cases commenced when it became apparent that unauthorized people were using the VIP rooms at the airport to avoid JKIA’s strict immigration procedures.

The following cases are likely to rekindle memories of the  infamous 2006 “Artur brothers he saga”, when two Armenian en brothers with connections in the highest levels of government ble used those connections to bypass immigration rules, and were even given police titles, all in an elaborate web of illicit activities. 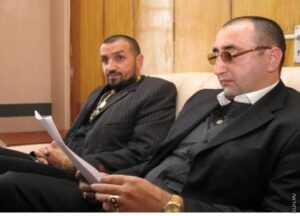 Their cases included regular and ly privileged access to the JKIA. VIP lounges to facilitate their illegal businesses, including drug trafficking and firearms possession.

It is now claimed that some foreigners in 2021 and 2022 have similarly been given unrestricted access to the VIP lounges without following proper clearance channels.

One case being investigated is South Sudanese national Reverend James Kuong Ninrew. Ninrew— who has close links to Riek Machar-works for multiple unregistered companies in Kenya, air despite being a refugee in for decades.

In a letter,  the DCI has asked the Director of Immigration for to provide the Reverend’s travel history, to include his alleged gaps in travel documentation, including use of the VIP lounge to enter and exit Kenya without detection and documentation.

To enable completion of the investigations, kindly provide us with following information:

1. The travel history of the holder

3. Personal particular of the holder

Thanks for your continued cooperation and support.

This is not the first time that the reverend has made headlines in Kenya. A few years ago, his daughters posted social media photos posing with stacks of money despite being refugees and not legally working or paying taxes.

Ninrew again caught in the  KRA’s dragnet against social media posts of unexplained wealth and his family continues to regularly flaunt wealth and luxury on social media, a special focus for KRA investigation for tax evasion.

In another VIP lounge incident, it is alleged that a Nigerian national, Musa Donija, used a forged passport and the luding lounge to illegally travel to Kenya.

Donija, a suspected drug dealer, was recently arrested in Kilimani in  a police sting. Police and airport authorities are investigating how he operated in Nairobi and Kiambu, and how he was able being to use the VIP lounge and fake passports for trafficking drugs,  and how many times he has entered Kenya illegally.

These police investigations are also widening, to include politicians that regularly harass Kenya airport staff, using their status in government to demand VIP letter, treatment, including apparently the illegal activities and accesses for non-VIP businessmen and criminals.

This includes regular use of VIP parking at the airport, in reserved for the deputy president, but instead being used by rich clients and illicit businessmen. Outside the VIP lounges, and airport officials are similarly making key arrests in months.

In February, airport police, KRA, and the DCI arrested two Chinese trying to illegally  export 282 boxes of live crabs to China weighing over 5700 kilos without  documentation.

Related Content:  David Muge The Vet Doctor In London And Ruto’s Confidant Is The Man Behind Kenya Pipeline Grand Corruption

Still in February, a Portuguese gold smuggler Joao Carlos Ramalho had attempted to sneak 100 kilograms of gold from Congo to Budapest, Hungary through the Jomo Kenyatta International Airport but it hit the wall. It emerged that he was working with a prominent lawyer in Kenya and a Reverend both financial muscles.

Weeks earlier, KRA arrested a Burundian national carrying over 2 million in the USD in cash through the airport.